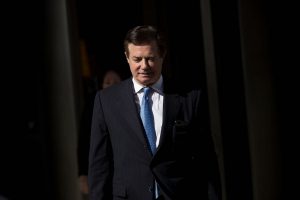 Paul Manafort, former campaign manager for Donald Trump, was indicted on several charges relating to the investigation into Russian meddling in the 2016 election. (Getty Images/Drew Angerer)

Thirteen months into his presidency, President Donald Trump announced this week that he hired Brad Parscale to serve as campaign manager for his 2020 re-election effort. Parscale served as digital media director of Trump’s 2016 campaign.

The next day, White House Communications Director Hope Hicks announced she plans to resign. The 29-year-old was the fourth person to serve in that role.

Russian President Vladimir Putin claimed his country created an “invincible” nuclear-powered missile that could reach any target in the world. He illustrated that threat with a video of an animated missile heading toward the United States.

Closer to home, the Supreme Court refused to hear an appeal by the Trump administration that sought to allow the Deferred Action for Childhood Arrivals (DACA) program to end by March 5. Their ruling leaves the fate of “Dreamers” in limbo.

In the tech world, Spotify filed to take their music-streaming service public and smartphone makers revealed their latest innovations at the Mobile World Congress.

Top line: “Special Counsel Robert Mueller, who is running the Russia probe, is dialing up the legal pressure on Manafort, who has opted not to cooperate with investigators. Manafort is facing two separate indictments on an array of charges, including conspiracy to launder money, filing false tax returns, bank fraud, and failing to register as a foreign agent despite lobbying in the United States for the pro-Kremlin Ukrainian government of former President Viktor Yanukovych.”

Top line: “President Donald Trump has hired Brad Parscale, the digital media director of his 2016 campaign, to run his re-election bid, the campaign announced on Tuesday.

The announcement was initially hyped by The Drudge Report, a website run by Matt Drudge, a conservative figure with considerable influence inside the White House. But it was no surprise that Trump will run for re-election in 2020 — he filed shortly after his 2017 inauguration — but it is unusual for a sitting president to hire a campaign manager three years before the election.” 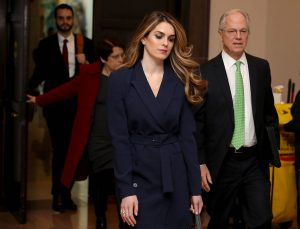 Top line: “Her resignation came a day after she testified for eight hours before the House Intelligence Committee, telling the panel that in her job, she had occasionally been required to tell white lies but had never lied about anything connected to the investigation into Russia’s interference in the 2016 election. Ms. Hicks’s first association with the Trump family was working with Mr. Trump’s eldest daughter, Ivanka, on her personal apparel and licensing brand about six years ago. When Mr. Trump was planning his campaign in spring 2015, he told Ms. Hicks he was pulling her from Ms. Trump’s team to put her on his small political staff despite her lack of experience. But the Trump family trusted her, and that was a crucial factor in her emergence as a key aide to the president, who also valued her loyalty.”

Top line: “According to Putin’s prepared remarks to the Russian Federal Assembly, he said that “in late 2017, Russia successfully launched its latest nuclear-powered missile at the Central training ground. During its flight, the nuclear-powered engine reached its design capacity and provided the necessary propulsion.” An accompanying video appears to show a cruise missile launching into the sky and hurtling through the air. An animation then shows how such a weapon could dodge terrain and missile defenses while flying for thousands of miles around the tip of South America and toward the U.S. West Coast.”

Top line: “Blackmun’s “ongoing health issues resulting from prostate cancer” were cited as the reason for his immediate resignation, the USOC said in a statement. His departure also comes as the USOC faces public backlash and three congressional inquiries into the organization’s handling of the Larry Nassar sexual abuse case and similar abuse allegations with other sports under the USOC umbrella.”

Top line: “The U.S. Supreme Court on Monday declined to hear the Trump administration’s appeal of a federal judge’s ruling that requires the government to keep the Deferred Action for Childhood Arrivals program going. Under a lower court order that remains in effect, the Department of Homeland Security must continue to accept renewal applications from the roughly 700,000 young people who are currently enrolled in the program, known as DACA. The administration had intended to shut the program down by March 5, but that deadline is now largely meaningless. In a brief order, the court said simply, “It is assumed the court of appeals will act expeditiously to decide this case.” Monday’s denial also gives Congress more time to come up with a legislative solution, though repeated bipartisan efforts have failed so far.”

Top line: “Attorney General Jeff Sessions announced Tuesday that a new task force would target drug manufacturers and distributors for their roles in the opioid epidemic, raising the possibility of filing criminal charges against them. The Justice Department also said it would file a statement of interest in hundreds of lawsuits against drug companies brought by cities, counties and medical institutions seeking reimbursement for the cost of the drug crisis. Sessions said the Justice Department would seek repayment as well, arguing that the federal government has borne substantial costs.” 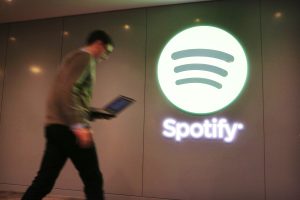 Top line: “The company will begin trading on the New York Stock Exchange under the ticker name SPOT. According to the company, shares have traded as high as $132.50 on private markets, which would give the company a valuation over $23 billion based on ordinary shares outstanding as of February 22. Spotify is the leader in streaming music services globally, with the company reporting 71 million paying subscribers and more than 159 million monthly active listeners (MAUs) as of December 2017. It is available in 61 countries and territories. Its closest competitor, Apple Music, is far behind at 36 million subscribers.”

9. The best and worst of Mobile World Congress 2018 – The Verge, Vlad Savov

Top line: “Mobile World Congress 2018: what happened? Maybe it’s best to start with what didn’t happen: Huawei didn’t have a new flagship phone, LG rebadged its old flagship phone, and Motorola and HTC had no phones to show at all. The traditional deluge of new super-specced phones just wasn’t here as it usually is. But that didn’t leave us with a boring show — far from it. Nokia reached back into the archives to revive another classic, Google’s hardware partners presented their first Android Go devices, and the pervasive buzzwords of 5G and AI were everywhere. There were even some cool laptops to look at. Here are the highlights, followed by the unfortunate lowlights.”

Top line: “The 2018 Winter Olympics in South Korea concluded with the traditional closing ceremony Sunday at the Pyeongchang Olympic Stadium. It was, as usual, a colorful affair with its fair share of highlights celebrating the record 2,920 athletes who competed in these games. We were treated to music, pageantry, appearances by world leaders and luminaries and the passing of the torch to Beijing, which will host the 2022 Games. Here’s a look at the most memorable moments, including some you might have missed.”