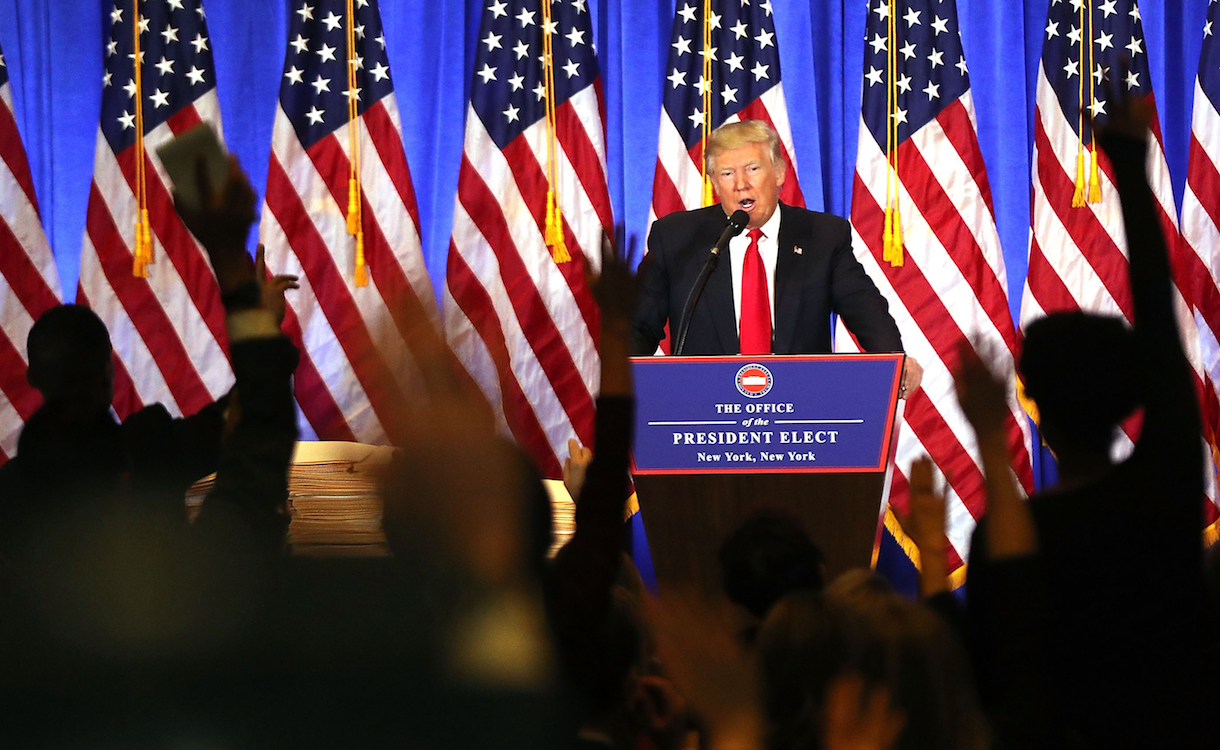 Relations between the U.S. and Russia were once again strained this week when news broke that President Barack Obama and President-elect Donald Trump received classified documents that included allegations Russia had compromising information about Trump. These reports, which Trump labeled “fake news,” rippled across Washington.

In his penultimate week in Office, Obama gave his farewell address Tuesday night. Speaking from his hometown of Chicago, Obama defended his record and encouraged involvement in the political system. “I am asking you to believe. Not in my ability to bring about change — but in yours,” he said.

Elsewhere in the nation, House Republicans voted to begin the process of repealing Obamacare, Trump’s cabinet nominees testified on Capitol Hill and the Justice Department’s internal watchdog announced it was investing FBI Director James Comey’s handling of the probe into Hillary Clinton’s emails.

Top line: “The allegations were presented in a two-page synopsis that was appended to a report on Russian interference in the 2016 election. The allegations came, in part, from memos compiled by a former British intelligence operative, whose past work US intelligence officials consider credible. The FBI is investigating the credibility and accuracy of these allegations, which are based primarily on information from Russian sources, but has not confirmed many essential details in the memos about Mr. Trump.”

Top line: “In his first news conference since last summer, the president-elect additionally said he would be handing over control of his businesses to his sons Donald Jr. and Eric; refused once again to release his income tax returns; and said his administration would reveal its plan to replace the Affordable Care Act as soon as his nominee for secretary of health and human services, Tom Price, is confirmed by the Senate.”

Top line: “Speaking to a rapturous crowd that recalled the excitement of his path-breaking campaign in 2008, Mr. Obama said he believed even the deepest ideological divides could be bridged. His words were nevertheless etched with frustration — a blunt coda to a remarkable day that laid bare many of the racial crosscurrents in the country.”

Top line: “The House of Representatives voted 227-198 to instruct committees to draft legislation by a target date of Jan. 27 that would repeal the 2010 Affordable Health Care Act, popularly known as Obamacare. The Senate approved the same measure early Thursday.”

Top line: “While the nominees are mostly on track to be confirmed in the Senate, where the Republicans have a 52-48 edge, there were some moments that stood out. From nominees diverging with Trump to senators seeking assurances that Trump’s Cabinet would check his impulses to Democrats pulling out all the stops in mostly futile efforts to derail them.”

Top line: “The probe by Michael E. Horowitz will include a review of FBI Director James Comey’s news conference in July and his two letters to lawmakers in late October and early November.”

Top line: “Dylann Roof has been sentenced to death by a jury in South Carolina for the murder of nine black people in a Charleston church. The justice department said he is the first person to get the death penalty for federal hate crimes.”

Top line: “This victory was not the grueling reality of fulfilling expectations, as Alabama might have felt with a win, but the unbridled joy of realizing a dream. Clemson had done it. Clemson had knocked off Alabama, the program Swinney has often described as the template for what he wanted to build in Death Valley.”

9. Meryl Streep called out Donald Trump at the Golden Globes. He responded by calling her ‘over-rated.’—The Washington Post, Elahe Izadi and Amy B Wang

Top line: “Streep accepted the Cecil B. DeMille Award — basically a lifetime achievement award — but didn’t say much about her career. Instead, she spent the minutes allotted to her to speak critically of the current political climate and Trump, although she did not mention the president-elect by name.”

Top line: “Fiat Chrysler Automobiles NV is under investigation by the U.S. Justice Department over its alleged failure to disclose software that violated emissions standards, according to people familiar with the matter, another legal hurdle for a company already under criminal scrutiny for its sales practices.”