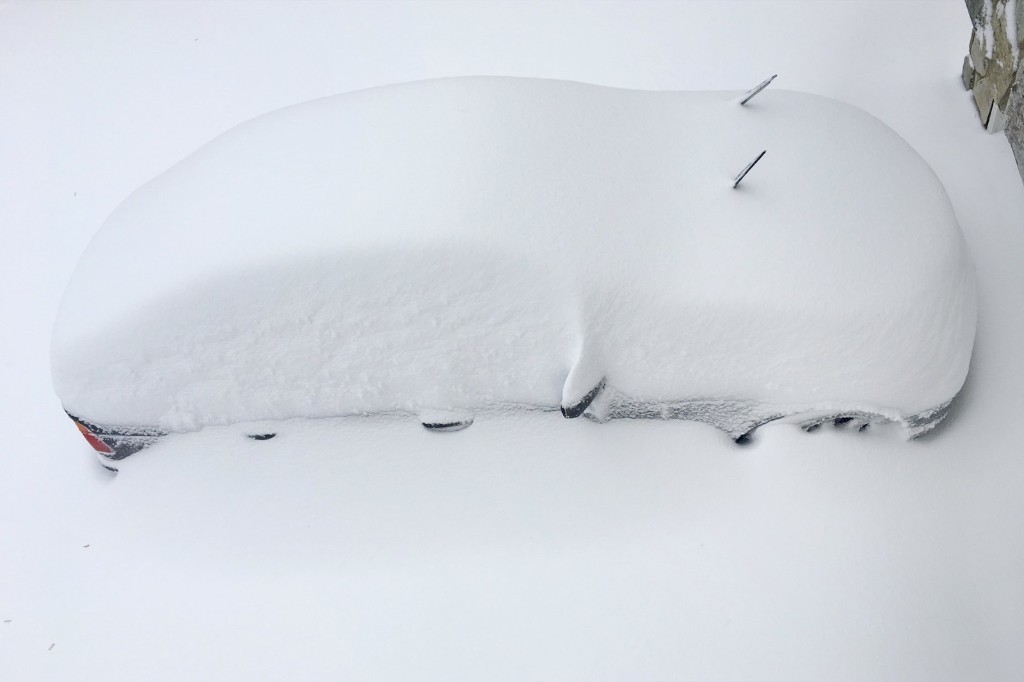 A car is buried in snow inside the Washington DC Beltway in Annandale, Virginia. REUTERS/Hyungwon Kang

One of the biggest stories this week was that of winter storm Jonas, which blanketed the east coast with record levels of snow. Read more about the storm, the Flint water crisis, Sarah Palin’s endorsement of Donald Trump and the other top stories from the week that was, as they appeared in The Daily Edition.

Top line: “The killer snowstorm that battered millions and buried records kept major East Coast cities at a standstill early Sunday — but the worst of the mammoth storm was over, forecasters said. At least 20 deaths have been attributed to the severe weather, which has cancelled thousands of flights and had at one stage cut power to hundreds of thousands. Five states saw totals of more than 30 inches of snow — New York, West Virginia, Virginia, Maryland, Pennsylvania — while storm surges saw tides reach near ‘Sandy-like levels’ in New Jersey.”

Top line: “Months after warning signs emerged about problems with the water in Flint, Mich., city, state and federal officials are responding to the public health emergency. High levels of lead had leached from pipes into the water supply.”

Top line: “Former Alaska Gov. Sarah Palin endorsed Republican presidential front-runner Donald Trump Tuesday at an Iowa campaign stop, delivering a raucous speech full of Palin-isms during her return to the presidential campaign trail. ‘Looking around at all of you, you hard working Iowa families, you farm families and teachers and teamsters and cops and cooks, you rock and rollers and holy rollers!’ Palin said. ‘You all make the world go around and now our cause is one.'”

Top line: “Iraq witnessed a sharp increase in civilian deaths following the fall of large swaths of territory to the Islamic State group in the summer of 2014. Now despite a string of recent battlefield losses for IS, civilians in Iraq continue to die at a ‘staggering’ rate, according to a new United Nations report. At least 18,802 civilians were killed and another 36,245 were wounded in Iraq between the start of 2014 and Oct. 31 of last year, according to the U.N. report released Tuesday. In just one six-month period between May and October last year, more than 10,000 civilians were killed.”

Top line: “After a series of relatively cautious warm-up debates dominated by the former secretary of state, the candidates sparred over radical policy issues much closer to the agenda of Sanders supporters, leaving Clinton on the defensive over healthcare and Wall Street.”

Top line: “Gunmen from a faction of the Pakistani Taliban stormed a university campus in the country’s northwest on Wednesday and killed at least 21 people, officials said. The army was called in to help the university’s guards and police in an hours long battle to retake control of Bacha Khan University, which is about 130 kilometers west of the capital, Islamabad.”

9. Sundance Preview: 19 Films That Could Be the Next Oscar Breakouts—Vanity Fair, Richard Lawson

10. ‘X-Files’ Reboot Brings Back Mulder, Scully And The Search For Truth—NPR, David Bianculli

Top line: “I’ve previewed three of the six episodes about to arrive — the first airs Sunday night, the second in the show’s regular Monday time slot — and I think they’re good enough, and entertaining enough, that I hope more episodes of The X-Files will be produced. To quote Mulder’s poster: ‘I want to believe.'”