This combination of file pictures created on January 20, 2019 shows US President Donald Trump as he arrives at the White House in Washington, DC, on January 19, 2019, and Speaker of the House Nancy Pelosi (D-NY) outside the House Chamber on Capitol Hill in Washington, DC on January 3, 2019.  (Photos by JIM WATSON, ALEX EDELMAN/AFP/Getty Images)

After 35 days of a partial government shutdown, Congressional leaders and the White House reached a stop-gap deal to reopen the government temporarily for three weeks—until February 15—while they continue to negotiate funding for border security and President Donald Trump’s desired border wall. The president made the announcement a day after the Senate failed to get enough votes to pass competing Democratic or Republican proposals. Thanking federal employees and their families in his remarks, Trump also promised that all employees will receive their back pay as soon as possible.

New developments also arose in Special Counsel Robert Mueller’s Russia investigation, with an arrest and indictment against informal Trump adviser Roger Stone on charges of obstruction, making false statements, and witness tampering. In addition, former Trump personal lawyer Michael Cohen was subpoenaed to testify publicly before Congress after he sought to delay testimony, citing threats to his family by the president and lawyer Rudy Giuliani.

The 2020 presidential race continued to heat up, with California Senator Kamala Harris announcing her bid for the Democratic Party nomination.

And the Trump administration got a judicial win when the Supreme Court ruled 5-4 to allow their partial ban on transgender individuals serving as troops in the U.S. military to be implemented pending further lawsuits moving forward.

Tensions between the U.S. and Venezuela escalated in the span of 24 hours, after Trump declared the U.S. government would recognize opposition leader Juan Guaidó as the protest-riven country’s president, and the recently re-elected Nicolás Maduro responded by cutting off diplomatic ties and ordering American embassy workers to leave within 36 hours.

In celebrity news, former New York Yankees star Mariano Rivera became the first person to win a unanimous vote into the Baseball Hall of Fame and this year’s Oscar nominations were announced.

Top line: “President Trump on Friday announced a deal with congressional leaders to temporarily reopen the government while talks continue on his demand for border wall money, a move expected to bring an end to the longest shutdown in U.S. history. The pact, announced by Trump from the Rose Garden at the White House, would reopen shuttered government departments for three weeks while leaving the issue of $5.7 billion for the U.S.-Mexico border wall to further talks. The outcome was a win for Democrats and House Speaker Nancy Pelosi (D-Calif.), who had insisted on no negotiations until the government was reopened. Trump said that a congressional conference committee would spent the next three weeks working in a bipartisan fashion to come up with a border security package. He made it clear that he expects wall funding to be a prominent part of that.”

Top line: “Roger Stone has been indicted by a grand jury on charges brought by special counsel Robert Mueller, who alleges that the longtime Donald Trump associate sought stolen emails from WikiLeaks that could damage Trump’s opponents at the direction of “a senior Trump Campaign official.” The indictment’s wording does not say who on the campaign knew about Stone’s quest, but makes clear it was multiple people. This is the first time prosecutors have alleged they know of additional people close to the President who worked with Stone as he sought out WikiLeaks founder Julian Assange. Stone was arrested by the FBI Friday morning at his home in Florida, his lawyer tells CNN. He was indicted Thursday by a federal grand jury in the District of Columbia on seven counts, including one count of obstruction of an official proceeding, five counts of false statements, and one count of witness tampering.” 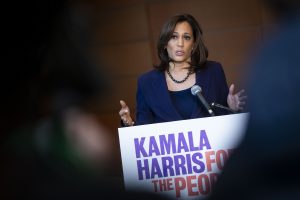 WASHINGTON, DC – JANUARY 21: U.S. Sen. Kamala Harris (D-CA) speaks to reporters after announcing her candidacy for President of the United States, at Howard University, her alma mater, on January 21, 2019 in Washington, DC. Harris is the first African-American woman to announce a run for the White House in 2020. (Photo by Al Drago/Getty Images)

Top line: “California Sen. Kamala Harris is running for president in 2020. The first-term Democratic senator made the announcement on ABC’s Good Morning America Monday morning. The 54-year-old Harris has been seen as a rising star in the Democratic Party even before she won a Senate seat in 2016. She received national attention as San Francisco district attorney before being elected California attorney general in 2010. Her campaign is highlighting that career, citing her experience on issues like sexual assault, housing and college affordability. Some of her proposals include middle-class tax cuts, rent relief, immigration and criminal justice overhauls, and Medicare for all. Harris’s background in law enforcement could be a challenge in a Democratic primary, and she was asked on ABC about comments criticizing opposition to law enforcement on the left.”

Top line: “The Supreme Court will allow President Donald Trump’s partial ban on transgender people serving in the military to take effect while court challenges continue. Responding to Justice Department requests, the high court Tuesday cleared away lower-court actions that blocked the controversial policy from being implemented for nearly a year.  The court’s four liberal justices – Ruth Bader Ginsburg, Stephen Breyer, Sonia Sotomayor and Elena Kagan – said they would have continued to block the policy. They were overruled by the five conservative justices. However, the court refused to hear the case this term, before the Trump administration fights its way through federal appeals courts. That will leave the legal questions surrounding the Pentagon’s policy unresolved for now.” 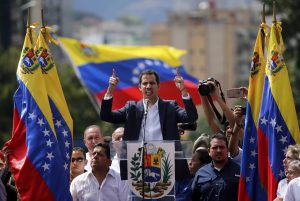 5. The Crisis in Venezuela Was Years in the Making. Here’s How It Happened. – The New York Times

Top line: “In 24 hours, a 35-year-old Venezuelan opposition leader declared himself the country’s president, the United States recognized him as the legitimate head of state, and President Nicolás Maduro ordered American diplomats out of the country. The crisis is years in the making, and our reporters have covered it throughout (despite, in one case, being kicked out of the country). Here is a guide to that coverage.”

Top line: “Former Trump attorney Michael Cohen will comply with a subpoena from the Senate Intelligence Committee to testify before that panel, Cohen’s lawyer Lanny Davis said Thursday. The Senate Intelligence Committee declined comment about a the subpoena, though several media outlets reported Thursday that the panel is seeking the former Trump fixer’s closed-door testimony in mid-February before he begins serving a three-year federal prison sentence. Cohen, whose relationship with President Donald Trump dates back a dozen years, was scheduled to testify before the House Oversight Committee on Feb. 7 until he delayed his appearance indefinitely Wednesday because of “ongoing threats against his family.” Davis, in a statement on Wednesday, accused Trump and Rudy Giuliani, the president’s personal attorney, of making public comments in interviews and on social media that fueled the threats against Cohen.”

Top line: “France’s data protection watchdog fined Alphabet’s Google 50 million euros ($57 million) on Monday for breaching European Union online privacy rules, the biggest such penalty levied against a U.S. tech giant. The French regulator said the world’s biggest search engine lacked transparency and clarity in the way it informs users about its handling of personal data and failed to properly obtain their consent for personalized ads. The EU’s General Data Protection Regulation (GDPR), the biggest shake-up of data privacy laws in more than two decades, came into force in May. It allows users to better control their personal data and gives regulators the power to impose fines of up to 4 percent of global revenue for violations.”

Top line: “The 2019 Hall of Fame election results are out, and the voters have made history yet again. Mariano Rivera, Roy Halladay, Edgar Martinez and Mike Mussina all earned 75% or more of the 425 ballots cast and will join Veterans Committee selections Lee Smith and Harold Baines in Cooperstown this July for induction. It’s a huge group of players that includes in Rivera the first-ever unanimous selection in the Hall’s history. As we celebrate the newest members of baseball’s most exclusive club, let’s dive into the ballot and the results (with the help of Ryan Thibodaux’s ballot tracker) and break down the biggest storylines from Election Day.” 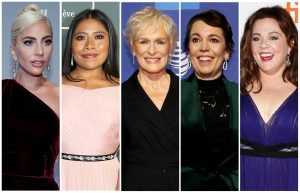 9. The biggest snubs and surprises of the 2019 Oscar nominations – Entertainment Weekly, Devan Coggan

Top line: “Ahh, Oscar nominations: The point in awards season where film fans go from arguing about who should be nominated to who should’ve been nominated. Kumail Nanjiani and Tracee Ellis Ross announced this year’s Academy Awards nominations bright and early on Tuesday morning, and although many nods seemed like a foregone conclusion — like the domination of Roma, the love for the ladies of The Favourite, the inevitable song nomination for A Star Is Born’s “Shallow” — others came as a surprise. And still other deserving films got shut out. Below, EW breaks down some of the biggest snubs and surprises of this year’s Oscar nominations list.”

Top line: “‘The Garden of Eden is no more’. A new path for Venezuela? Trade tensions take a toll on the global economy. New Zealand has as well-being budget. ‘Japan has defeated defeatism’. Africa’s digital vision. A plea for an end to refugee camps. Three different visions for the future of Europe.”

~ HeatherC is reading Science In 2019 by BBC Focus