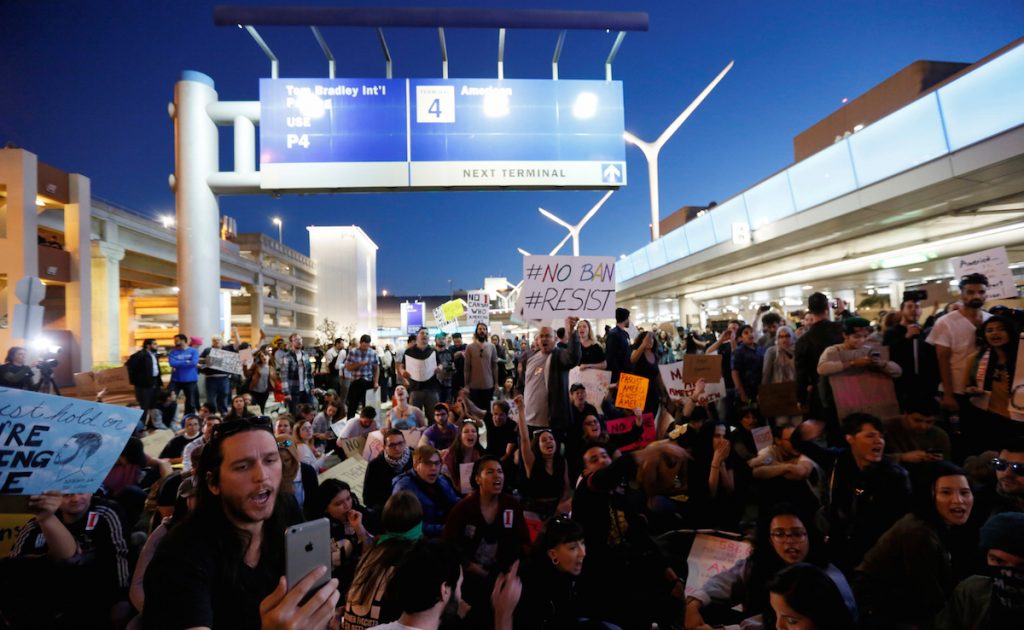 News from President Donald Trump‘s second week in office dominated the news, from his immigration ban and the subsequent protests and court rulings to his pick to fill the open seat on the U.S. Supreme Court, a Navy SEAL raid in Yemen, relaxing financial regulations and new sanctions imposed on Iran.

Outside Washington, fresh terror warnings were sparked after a knife attack outside the Louvre in Paris and a mosque attack in Québec that killed six.

Top line: “The Trump administration’s immigration order barring citizens from seven mainly Muslim countries and temporarily blocking refugees was in legal limbo on Sunday after an appeals court denied the Department of Justice’s request to restore the ban.

The overnight ruling dealt a further setback to Trump, who has denounced the judge in Seattle who blocked his executive order on Friday. In tweets and comments to reporters, the president has insisted he will get the ban reinstated.

In a brief order, the San Francisco-based 9th U.S. Circuit Court of Appeals said the government’s request for an immediate administrative stay of the judge’s ruling had been denied. It was awaiting further submissions from the states of Washington and Minnesota on Sunday, and from the government on Monday.”

Top line: “Gorsuch is now a judge on the U.S. Court of Appeals for the 10th Circuit Court, which sits in Colorado, his home state. Gorsuch began his service at that powerful level of the federal judiciary in 2006, at age 39.

Well-regarded even then, Gorsuch won Senate approval on a voice vote. He has since emerged as a leading candidate for promotion to the high court. Indeed, he might have been chosen by any of the more conventional Republican presidential candidates in 2016.” 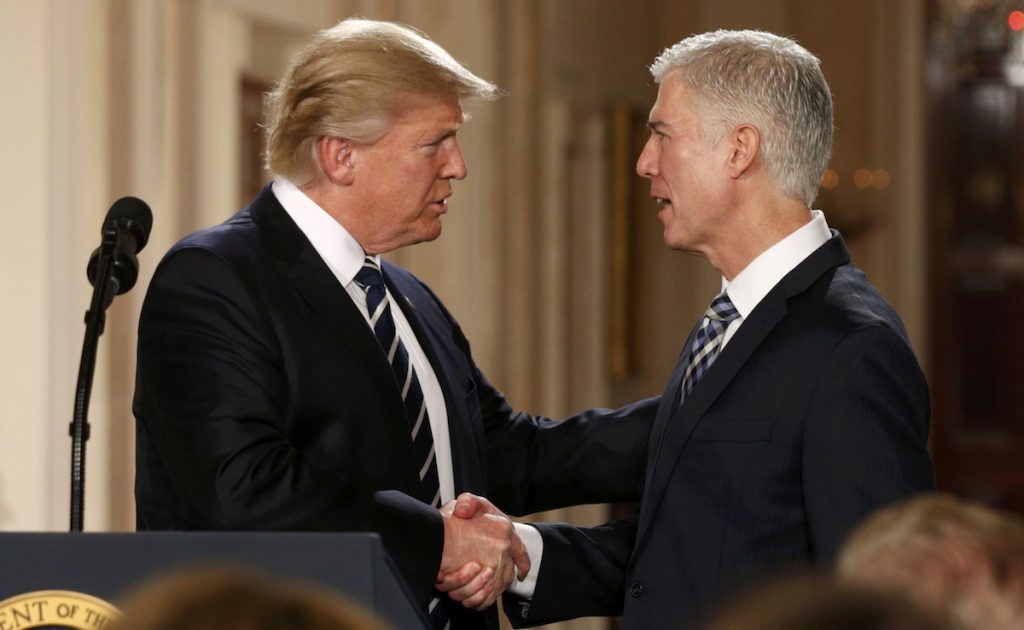 U.S. President Donald Trump shakes hands with Neil Gorsuch (R) after nominating him to be an associate justice of the U.S. Supreme Court at the White House in Washington, D.C., U.S., January 31, 2017. REUTERS/Kevin Lamarque

Top line: “Chaos that erupted at the University of California, Berkeley, to oppose right-wing provocateur Milo Yiannopoulos was shocking not just for the images of protesters setting fires, smashing windows and hurling explosives at police, but because of where it took place.

UC Berkeley is the birthplace of the free-speech movement and has been known for more than a half-century as a bastion of tolerance. As the university cleaned up Thursday, it struggled with questions of why the violence spun out of control and what has happened to the open-minded Berkeley of the 1960s.”

Top line: “The sanctions announced on Friday targeted on a dozen companies and 13 individuals, including Chinese firms suspected of supplying parts used in Iran’s missile development programme. The measures were invoked in response to a January missile test by Iran and the country’s support for Houthi rebels in Yemen.”

Top line: “A well-rehearsed mission that was supposed to extract computers and other intelligence from an al Qaeda camp near a mountain village turned into a massive firefight involving Harrier jets, helicopter gunships and gun-wielding jihadi women that killed one Navy SEAL, 14 al Qaeda fighters and, allegedly, non-combatant women and children…

Fifty minutes after the raiding team reached the village, the firefight was over. [Chief Petty Officer William “Ryan”] Owens was dead, and at least six American service members were injured. The Osprey chopper, a $70 million aircraft, was destroyed by a U.S. bomb. The U.S. left with communications equipment, and said that three of the 14 enemy combatants killed were top AQAP leaders.”

Top line: “It should have been one of the most congenial calls for the new commander in chief — a conversation with the leader of Australia, one of America’s staunchest allies, at the end of a triumphant week.

Instead, President Trump blasted Australian Prime Minister Malcolm Turnbull over a refu­gee agreement and boasted about the magnitude of his electoral college win, according to senior U.S. officials briefed on the Saturday exchange. Then, 25 minutes into what was expected to be an hour-long call, Trump abruptly ended it.”

Top line: “A man who attempted a knife attack on soldiers guarding the Louvre Museum in Paris was shot and injured on Friday, highlighting France’s security and terror threat just three months before the French presidential election.

Hundreds of tourists were held in secure areas of the Louvre, one of the world’s most visited museums, after the man was shot five times by soldiers on patrol outside. Believed to be in his 30s, he struck at around 10am on a stairway in the Carrousel du Louvre, an underground shopping centre near the entrance to the museum. Wielding a knife, he ran at a group of soldiers on patrol shouting ‘Allahu Akbar’, or ‘God is greatest’.”

Top line: “President Trump took a first step toward relaxing financial regulations Friday, ordering agencies to review two key Obama-era measures that were designed to protect consumers and the nation’s financial system but have drawn the ire of Wall Street and Republican lawmakers.

In calling for a review of the landmark Dodd-Frank Wall Street Reform Act — as well as a separate rule that seeks to limit conflicts of interests by personal investment managers — the Trump administration is putting to the test whether it can meld the president’s populist message with moves cheered by Wall Street.”

9. Tillerson sworn in as secretary of state—CNN, Nicole Gaouette

Top line: “The former ExxonMobil CEO — who was confirmed in the Senate by a vote of 56 to 43, with all Republicans in support and most Democrats voting against him — fills one more slot on Trump’s national security team despite questions about his approach to Russia and state sponsors of terror, such as Iran.”

Top line: “They gathered in the evening chill on Monday behind the skeleton of a former Catholic church that stands across the street from Centre Culturel Islamique de Québec, where six worshippers were gunned down during evening prayers on Sunday.”

~GabyS is tracking all of the Super Bowl 51 ads