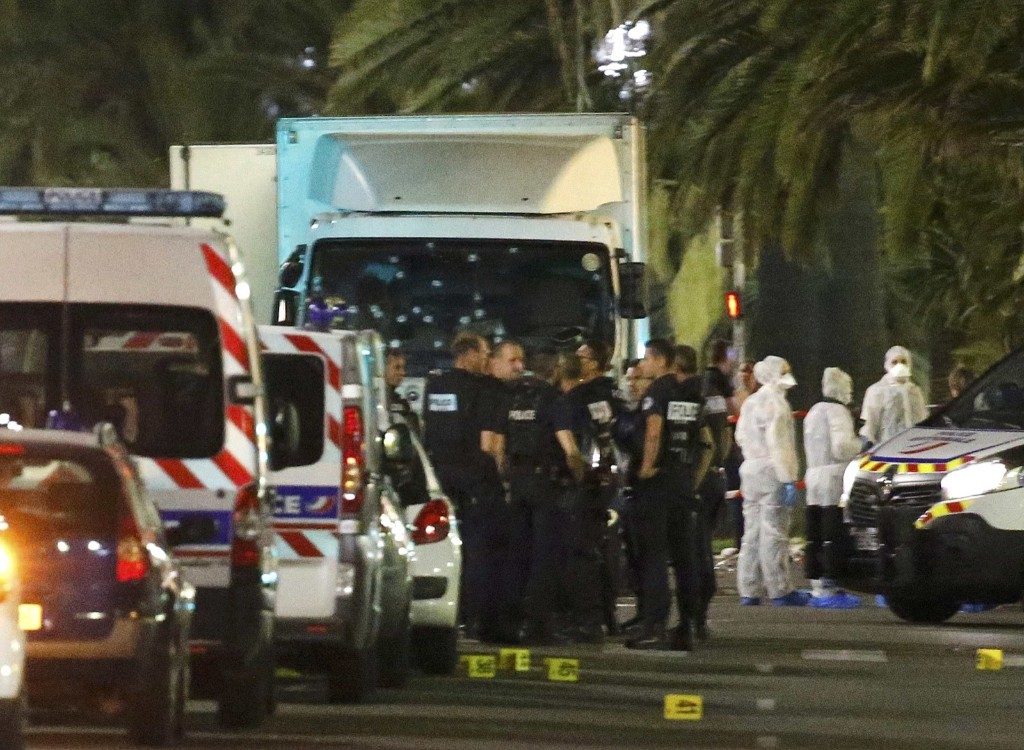 French police forces and forensic officers stand next to a truck that ran into a crowd celebrating the Bastille Day national holiday in Nice. REUTERS/Eric Gaillard

A large truck crashed into a crowd during Bastille Day celebrations in Nice, France Thursday evening. More than 80 people were killed and many more are in critical condition. The deadly attack occurred after a busy week in politics, in the U.S. and in the U.K. Following much deliberation, Donald Trump picked Indiana Gov. Mike Pence as his vice presidential running mate, Bernie Sanders finally endorsed Hillary Clinton for president and Theresa May became the second-ever female U.K. prime minister. Read the biggest stories of the week, as they appeared in The Daily Edition.

Top line: “France has been stunned and sickened by a third massacre in 18 months in which a truck driver mowed down night-time crowds celebrating Bastille Day on the seafront in Nice. He killed at least 84 people and injured scores more, many of them small children.

The armed man, believed to be a 31-year-old French Tunisian who lived locally, zigzagged the vehicle at high speeds for more than a mile along a beachfront esplanade, instantly turning a festival atmosphere of fireworks and families into carnage. Police shot him dead inside the truck’s cabin.”

Top line: “Donald J. Trump named Gov. Mike Pence of Indiana as his running mate on Friday, adding to the Republican ticket a traditional conservative who boasts strong credentials with the Christian right, and bringing an end to a vice presidential selection process that seemed at risk of spinning out of control…By choosing Mr. Pence as his partner, Mr. Trump has opted both to bow to political convention and also to gamble on a comparatively untested choice. Mr. Pence cuts a far more generic political profile than Mr. Trump; he is viewed by Republicans in Washington and Indiana as a sturdy and predictable politician.” 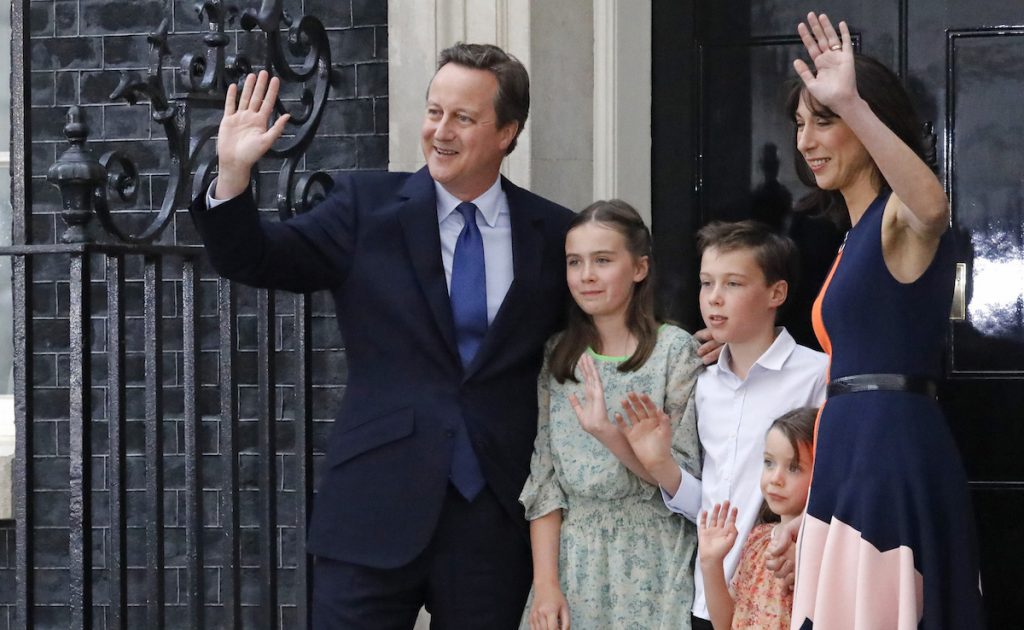 Top line: “Theresa May entered No. 10 Downing St., on Wednesday as Britain’s new prime minister, following a bittersweet exit by David Cameron that was tinged with humor and regret…Britain’s transition of power unfolded with startling speed since the June 23 referendum on EU membership. Cameron announced his resignation after voters rejected his appeal to stay in the 28-nation bloc, and May, the former home secretary, became Conservative Party leader Monday after an abbreviated contest in which her only remaining rival dropped out.” 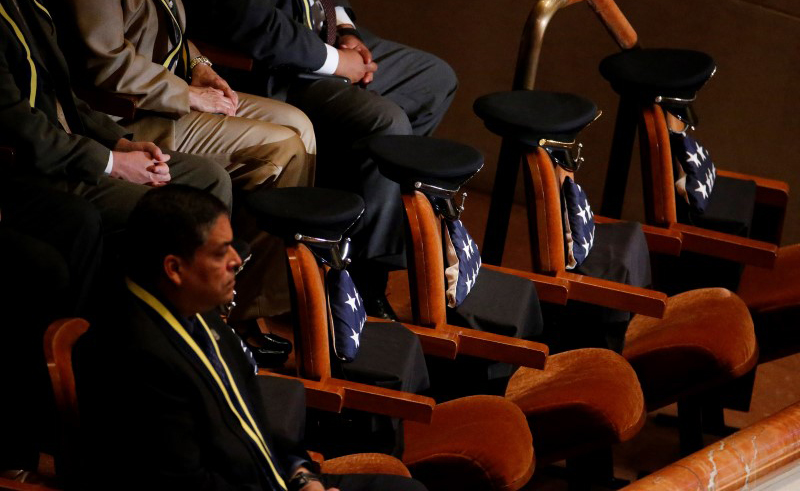 4. Obama to Dallas Mourners: ‘We’re Not as Divided as We Seem’—NBC News, Jon Schuppe

Top line: “President Obama, attending another service for victims of a mass shooting and trying to mend a country riven by distrust between citizens and police, paid tribute to five Dallas officers ambushed at a protest last week, saying their deaths should remind Americans of their common ideals.

He spoke of the thankless work done by police officers around the country, and of the legitimate grievances that many black people feel from years of discrimination, including at the hands of law enforcement…

Tuesday’s service marked the start of a deep period of mourning in Dallas, with funerals for the dead officers to begin the following day. For Obama, it marked the 11th time during his presidency that he’d visited scenes of mass shootings to offer condolences, most recently last month in Orlando.” 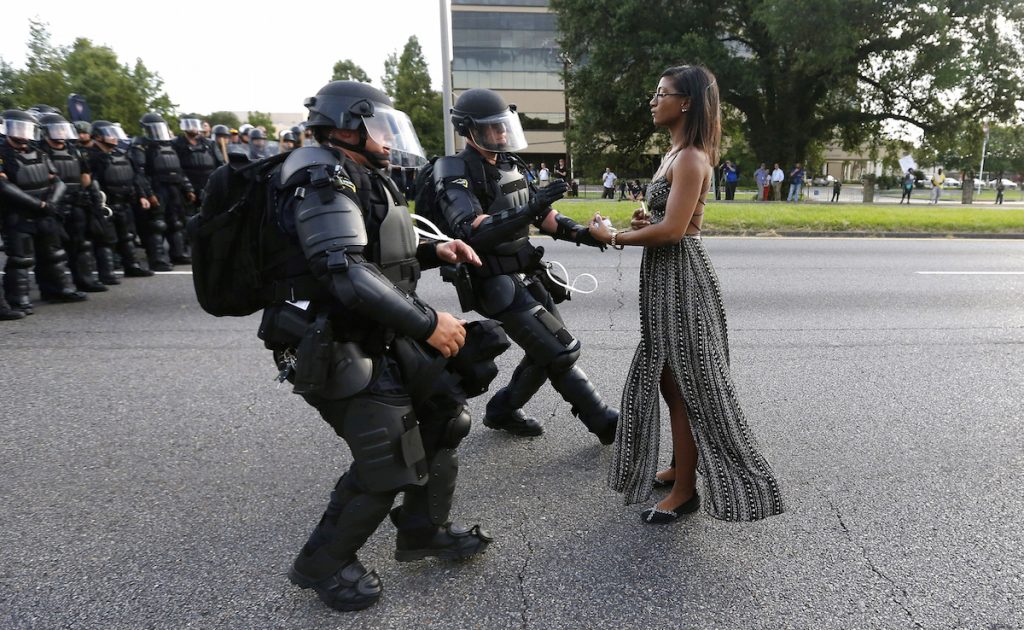 Protester Ieshia Evans is detained by law enforcement near the headquarters of the Baton Rouge Police Department in Baton Rouge, Louisiana. REUTERS/Jonathan Bachman

5. Hundreds arrested in protests over shootings by police—CNN, Ashley Fantz and Steve Visser

Top line: “At least 309 people have been arrested over the weekend in New York and Chicago, and in St. Paul, Minnesota, and Baton Rouge, Louisiana, where two black men, Philando Castile and Alton Sterling, were shot to death by police. The killings have sparked several days of protests.” 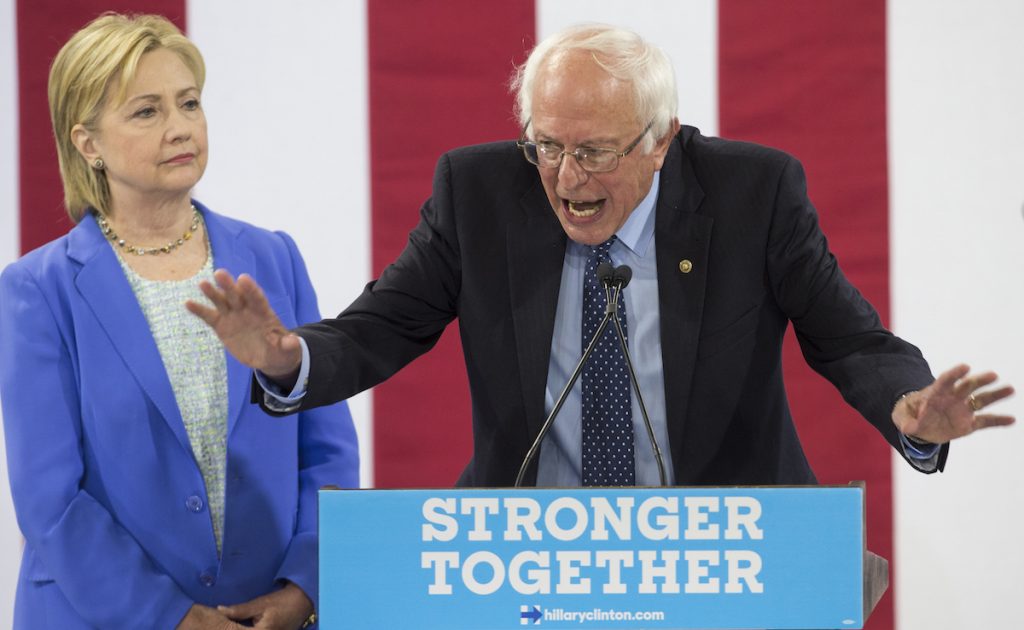 Top line: “‘On reflection, my recent remarks in response to press inquiries were ill-advised and I regret making them,’ [Justice Ginsburg] she said in a statement. ‘Judges should avoid commenting on a candidate for public office. In the future I will be more circumspect.’

Top line: “Two passenger trains collided head-on in the Puglia region of southern Italy on Tuesday morning, killing at least 25 people and injuring dozens more, some of them critically…The circumstances that led to the collision were unclear. A team of inspectors from the transportation ministry will work with local prosecutors to determine the cause, officials said.” 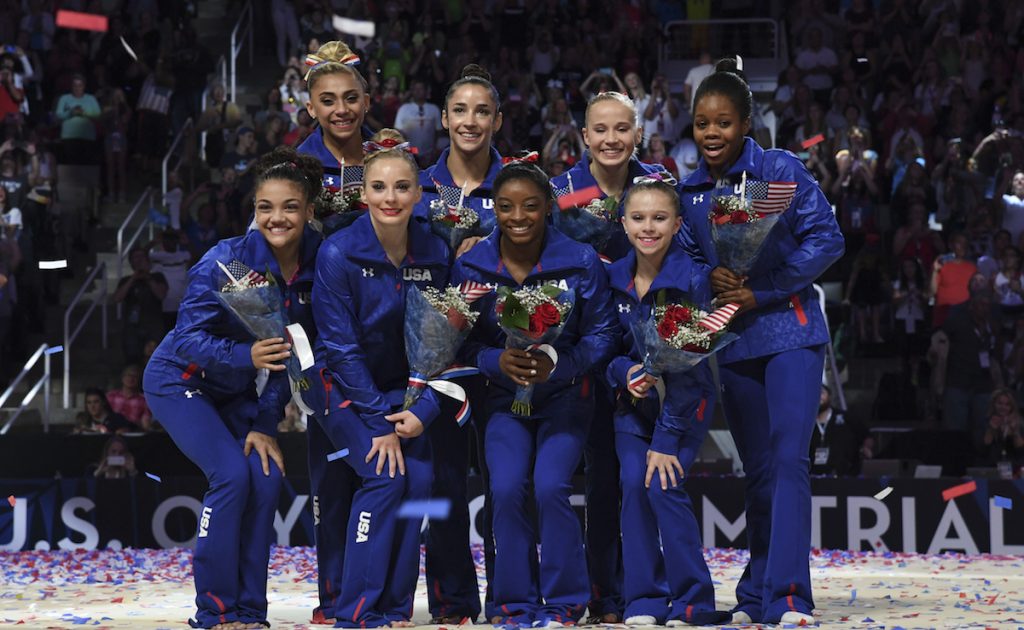 Top line: “[Simone] Biles’ inclusion on the team had long been expected but so, too, had the rest of the line-up that was announced at the end of the two-day competition.

Following a third-place finish at U.S. championships last month and a second-place finish here, first-year senior Laurie Hernandez assured herself a spot. And with the two best uneven bar performances of her career on an event where the Americans are weakest, Madison Kocian made her first Olympic team.” 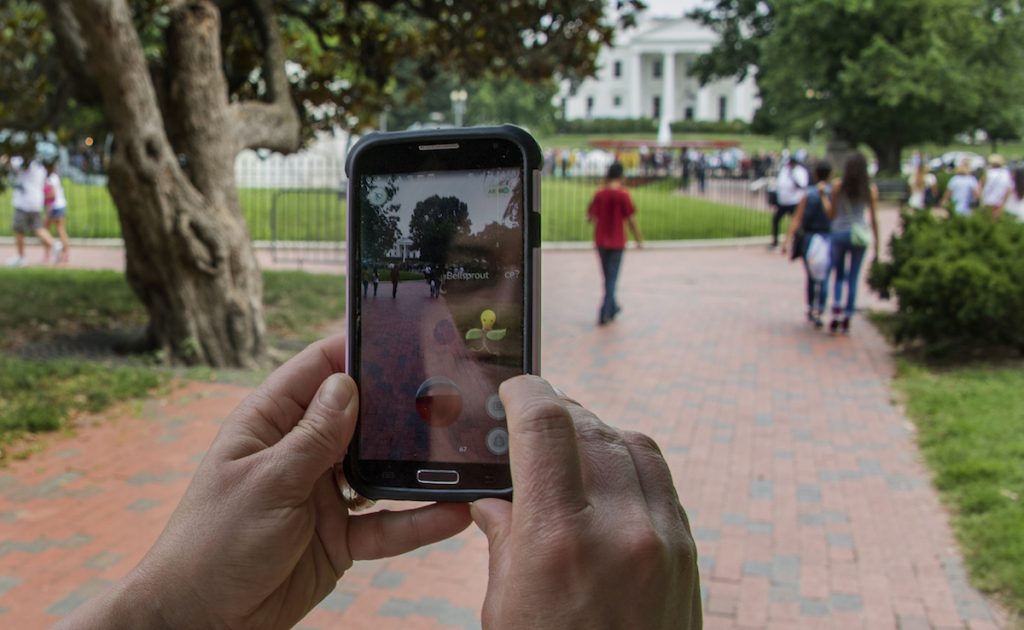 A woman holds up her cell phone as she plays the Pokemon Go game in Lafayette Park in front of the White House in Washington, DC, July 12, 2016. JIM WATSON/AFP/Getty Images

10. Pokémon Go keeps shattering records as it goes neck and neck with Snapchat—The Next Web

Top line: “The latest research by SurveyMonkey claims the app has already become the biggest mobile game in US history when it comes to daily active users, breezing through competitors like Slither.io and Candy Crush…SurveyMonkey further says that the game brought in “just under 21 million daily active users in the United States” in a single day, surpassing Twitter and going neck and neck with Snapchat and Google Maps.”