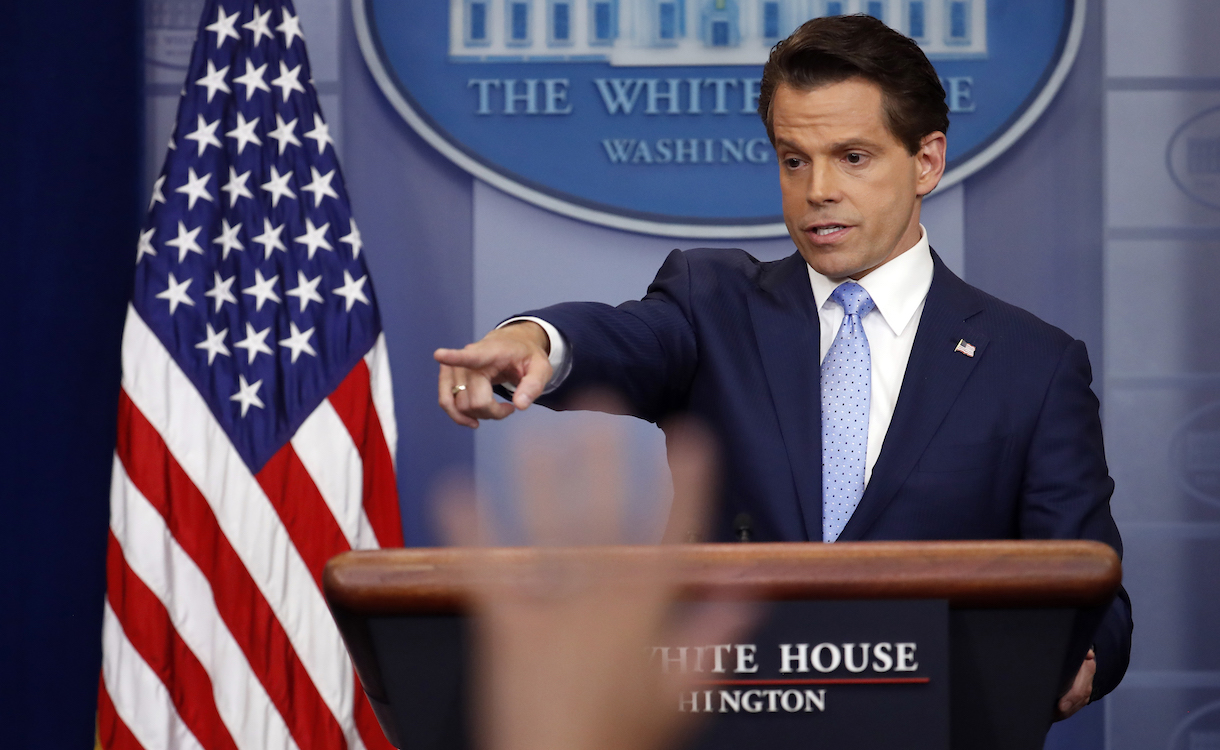 Following reports that special counsel Robert Mueller has widened his investigation into Trump’s campaign ties to Russia, the president issued a public warning that the examination was a “violation” and he was prepared to expose “many other conflicts” in retaliation.

Elsewhere an official statement revealed that Senator John McCain is being treated for brain cancer. Former NFL star O.J. Simpson was granted parole over his conviction in a 2007 armed robbery and could be released by October.

Read more about these stories and the other biggest news of the week, from The Daily Edition.

Top line: “President Trump overhauled his White House on Friday in a dramatic shake-up of his senior team at the six-month mark of his presidency, which so far has been beset by a special counsel’s widening Russia investigation, a floundering legislative agenda and seemingly constant chaos and infighting within his West Wing.”

Top line: “The chief of police in Minneapolis has resigned at the request of the city’s mayor, Betsy Hodges, after Hodges said she had ‘lost the confidence of the people’. Janeé Harteau has faced criticism for her handling of the shooting of unarmed Australian woman Justine Damond, as well as previous killings going back to 2013.”

Top line: “Sen. John McCain, R-Ariz., has been diagnosed with brain cancer, the Mayo Clinic said Wednesday in a statement released on behalf of the senator and his family.”

Top line: “President Trump’s lawyers and aides are scouring the professional and political backgrounds of investigators hired by the special counsel Robert S. Mueller III, looking for conflicts of interest they could use to discredit the investigation — or even build a case to fire Mr. Mueller or get some members of his team recused, according to three people with knowledge of the research effort.”

Top line: “O.J. Simpson won his bid Thursday for an early release from prison after a Nevada parole board unanimously granted the request.”

Top line: “The uneasy dynamic between the president and top aides has been exacerbated by the revelation this week of an extended dinner conversation between Trump and Russian President Vladimir Putin at the recent summit in Germany. The previously undisclosed conversation, which occurred a few hours after their official bilateral meeting, raised red flags with advisers already concerned by the president’s tendency to shun protocol and press ahead with outreach toward Russia, according to two U.S. officials and three top foreign officials.”

Top line: “In a loss for the Trump administration, the Supreme Court Wednesday left intact a lower court opinion that temporarily exempts grandparents and other relatives from President Donald Trump’s travel ban.”

Top line: “Officials became aware last week that newly analyzed information gathered by U.S. intelligence agencies confirmed that on May 23, senior members of the UAE government discussed the plan and its implementation. The officials said it remains unclear whether the UAE carried out the hacks itself or contracted to have them done. The false reports said that the emir, among other things, had called Iran an ‘Islamic power’ and praised Hamas.”