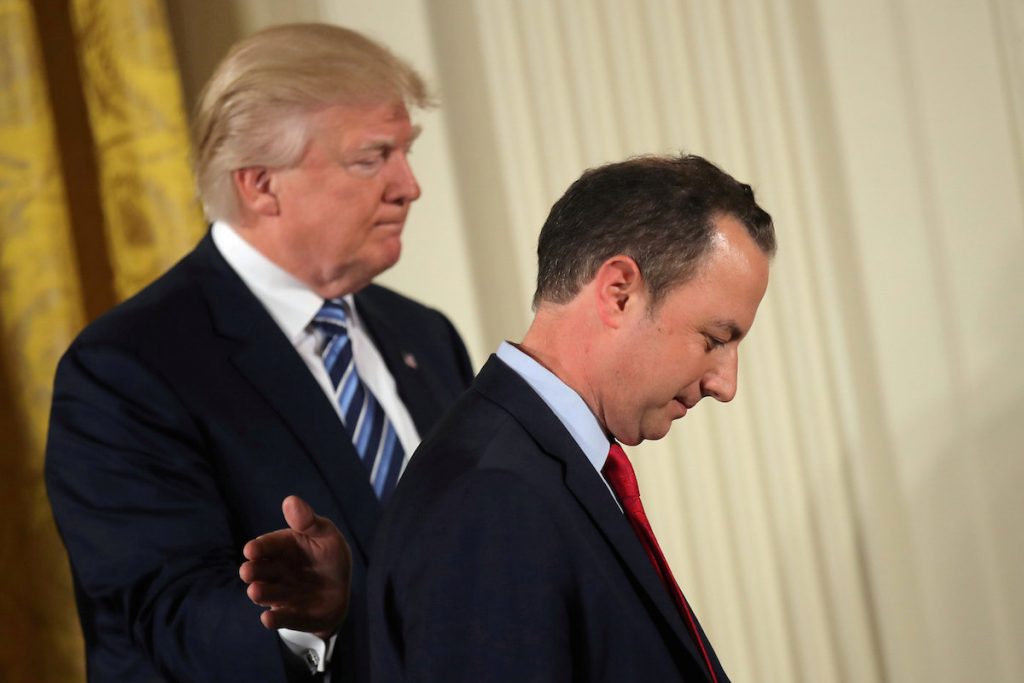 Earlier in the week, Republican health care reform efforts failed in the Senate, confusion surrounded Trump’s announcement that transgender people would no longer be able to serve in the U.S. military and the White House announced Trump would approve the Russian sanctions passed by Congress.

Top line: “Reince Priebus, the White House chief of staff who failed to impose order on a chaos-racked West Wing, was pushed out on Friday after a stormy six-month tenure, and President Trump replaced him with John F. Kelly, the secretary of homeland security and retired four-star Marine general.” 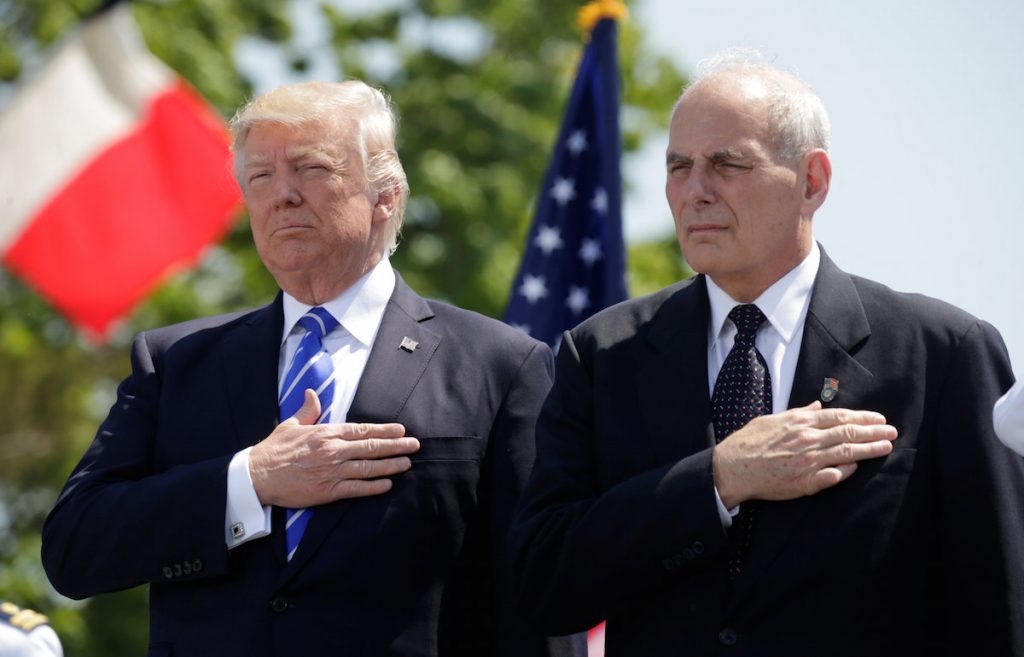 President Donald Trump and U.S. Department of Homeland Security Secretary John Kelly hold their hands over their hearts for the U.S. National Anthem as they attend the Coast Guard Academy commencement in New London, Connecticut, U.S., May 17, 2017. REUTERS/Kevin Lamarque

2. Republicans divided on whom to blame for health-care defeat, and what to do next—The Washington Post, Sean Sullivan, Kelsey Snell and Ed O’Keefe

Top line: “Congressional Republicans on Friday glumly confronted the wreckage of their seven-year quest to abolish the Affordable Care Act, blaming each other and President Trump for the dramatic early-morning collapse of the effort but finding no consensus on a way forward.”

Top line: “The chairman of the Joint Chiefs of Staff told subordinates on Thursday that the U.S. military will not make any changes to its transgender policy until President Donald Trump clarifies what he meant in a series of surprise tweets…

Pentagon officials were left scrambling Wednesday after tweets from the president announcing a ban on transgender people serving in the armed forces. The tweets seemed to indicated a reversal of the transgender military ban lifted more than a year ago under President Barack Obama.”

The legislation, which was sent to the White House on Friday, would sanction Russia while sharply limiting Trump’s ability to ease penalties against Moscow independently.”

The Russian foreign ministry told Washington to cut its diplomatic staff to 455 by Sept. 1 and said it would shutter a dacha, or country retreat, used by U.S. diplomatic staff on the outskirts of Moscow, as well as some warehouse facilities.”

Top line: “Charlie Gard, the baby at the centre of a legal row over his treatment, has died, a family spokesman has confirmed…

He suffered from an extremely rare genetic condition causing progressive brain damage and muscle weakness. His parents, Connie Yates and Chris Gard, fought a lengthy legal battle with Great Ormond Street Hospital (GOSH) to allow him to be taken to the US for treatment.”

Top line: “The truck driver accused of smuggling at least 100 illegal immigrants inside a sweltering tractor-trailer, 10 of whom died, has said he was unaware of the human cargo he was hauling until he took a rest stop in Texas, court papers showed on Monday.”

8. Kushner says he ‘did not collude with Russia’—Associated Press

Kushner spoke to reporters at the White House Monday after meeting with Senate investigators probing Russian meddling in the 2016 presidential election and possible ties to the Trump campaign. Kushner told reporters he wanted to be ‘very clear.’ He said he ‘did not collude with Russia nor do I know of anyone else in the campaign who did so.'” 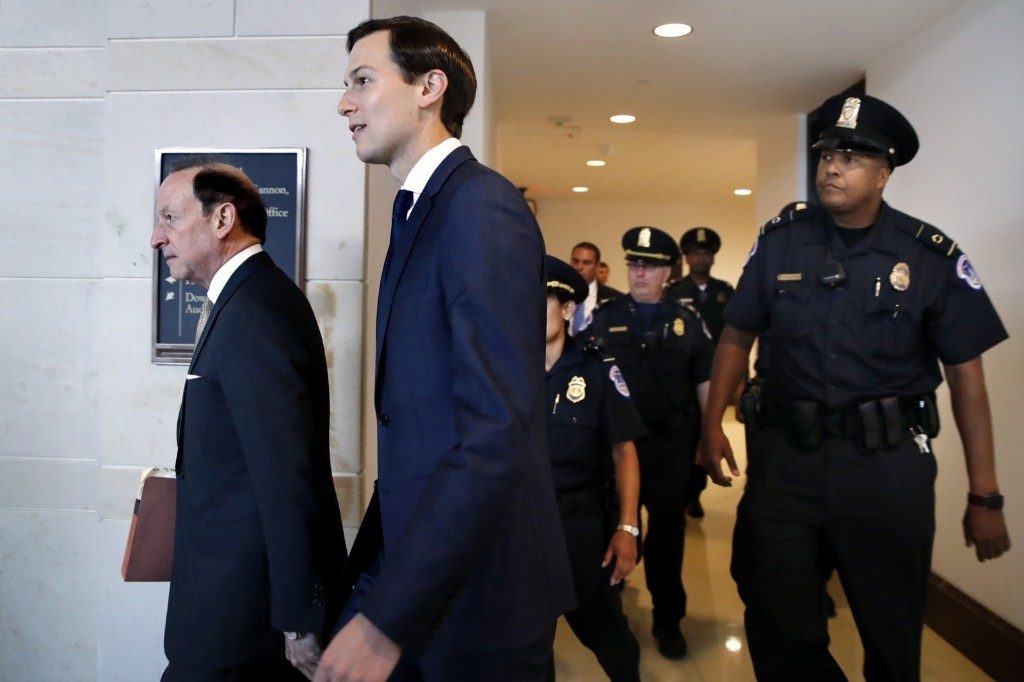 Top line: “Attorney General Jeff Sessions said he stood by his recusal from the federal probe into Russian election meddling and potential ties to the Trump campaign, despite President Donald Trump’s repeated public rebukes of the move…

President Trump has scolded Sessions numerous times over the past week, in public appearances and on social media, openly criticizing him for stepping away from the investigation.”

~GabyS is diving deep into the Long-Form Journalism topic