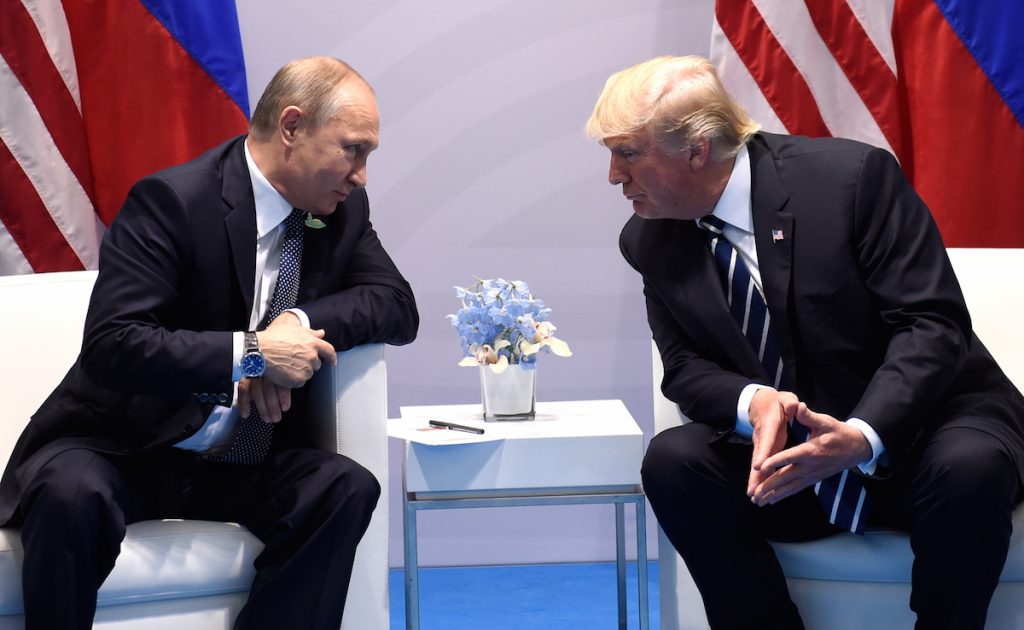 US President Donald Trump and Russia’s President Vladimir Putin hold a meeting on the sidelines of the G20 Summit in Hamburg, Germany, on July 7, 2017. SAUL LOEB/AFP/Getty Images

The much anticipated first meeting between U.S. President Donald Trump and Russian President Vladimir Putin ended Friday after over two hours. It reportedly included discussions of interference in the U.S. election, the threat posed by North Korea and how to address the ongoing crisis in Syria, among other issues. The world leaders met at the G20 summit in Germany where Trump has faced opposition from other powers. Read more about the event and the other biggest news stories of the week, as they appeared in The Daily Edition.

1. US, Russia disagree over what Trump and Putin actually said to each other—CNN, Dan Merica and Kevin Liptak

Top line: “President Donald Trump and Russian President Vladimir Putin met for over two hours Friday afternoon, discussing interference in US elections and ending with an agreement on curbing violence in Syria.”

Top line: “The growing international isolation of the United States under President Trump was starkly apparent Friday as the leaders of major world economies mounted a nearly united opposition front against Washington on issues ranging from climate to free trade.”

Top line: “The Trump administration on Tuesday confirmed North Korea’s claim that it had launched an intercontinental ballistic missile, and it told Pyongyang that the United States would use ‘the full range of capabilities at our disposal against the growing threat.'” 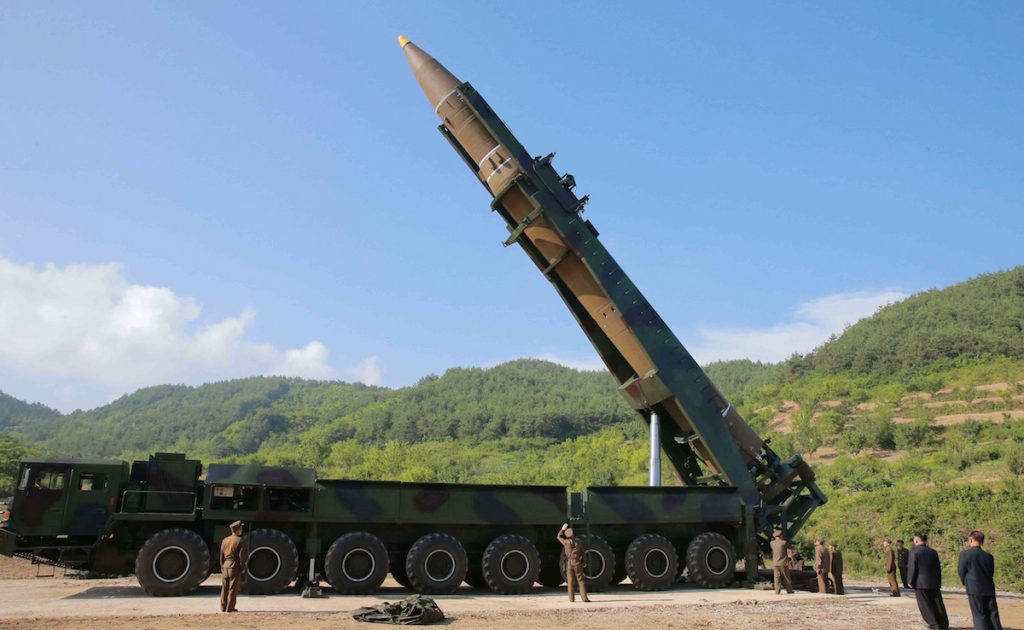 The intercontinental ballistic missile Hwasong-14. North Korea appeared to have used a Chinese truck, originally sold for hauling timber, but converted for military use, to transport and erect the missile on Tuesday. KCNA/via REUTERS

Top line: “Trump’s latest bash was a repurposed old video he tweeted on the weekend of him fake-pummeling a wrestling promoter whose face had been replaced by the CNN logo.

It was unprecedented, even for Trump: a sitting president, in effect promoting physical assault of a media stand-in. Media watchdogs quickly called him out.”

Top line: “A federal judge in Hawaii has denied a motion filed by that state seeking to limit the scope of President Donald Trump’s so-called travel ban, parts of which were cleared to be implemented by the U.S. Supreme Court.”

Top line: “Eighteen states and the District of Columbia filed suit against Education Secretary Betsy DeVos on Thursday over her delay of regulations meant to protect federal student loan borrowers defrauded by their schools…

The rules, known as ‘borrower defense to repayment,’ sought to make it easier for defrauded student loan borrowers to seek debt forgiveness. They also prohibit colleges from requiring students to resolve complaints against their school through arbitration rather than in court.”

Top line: “Gov. Chris Christie announced he is ending the three-day state government shutdown that drew outrage for shuttering government offices, courts parks and beaches, while earning him unwanted attention for lounging on the very shoreline he ordered closed.”

Top line: “US-backed Syrian forces have breached the wall at Raqqa’s Old City as they try to retake the city from so-called Islamic State, the US military says…

The city has been an important hub for the jihadist group’s operations, though as the SDF closed in, key IS officials are believed to have fled from there towards Deir al-Zour province, which is mostly under IS control.

About 2,500 IS militants are still in Raqqa, according to the US-led coalition, with about 100,000 people trapped by the fighting in the city.”

Top line: “Hobby Lobby, the Oklahoma-based chain of arts and crafts retail stores, has agreed to pay a $3 million fine and forfeit thousands of ancient clay tablets and clay bullae that were smuggled into the United States with improper labels.

The announcement by the Justice Department says Hobby Lobby bought over 5,500 artifacts, such as clay tablets and blocks with cuneiform writing, and cylinder seals for $1.6 million. The artifacts, originally from Iraq, were shipped to the company from the United Arab Emirates and Israel with labels that described them as ‘ceramic tiles’ or ‘clay tiles (sample).'”

Top line: “As the 80th anniversary of Amelia Earhart’s disappearance was marked Sunday, a new theory surfaced as to what happened to her as she attempted to become the first woman to circumnavigate the globe.

Earhart and her navigator, Fred Noonan, disappeared over the Pacific Ocean on July 2, 1937. Many believed she ran out of gas and crashed into the water.

A new documentary on the History Channel claims that a photograph found deep within the National Archives shows the famed lost pilot and Noonan captured by the Japanese on the Marshall Islands.”

~GabyS is tracking Wimbledon through the finals next weekend