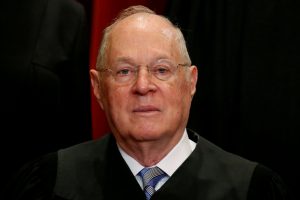 Four journalists and a sales assistant were killed when a man stormed into the offices of their Annapolis, Maryland community newspaper, The Capital Gazette, and began shooting. Suspect Jarrod Ramos was arrested and has been charged with five counts of first-degree murder.

President Donald Trump and Russian President Vladimir Putin announced plans to meet one-on-one on July 16 in Helsinki, Finland. The planned summit comes on the heels of Trump’s Singapore summit with North Korean leader Kim Jong Un, and amidst ongoing investigations into Russian cyber attacks and meddling in U.S. elections, as well as the president’s business and political ties to Russia.

The Supreme Court made numerous headlines this week, most notably with Associate Justice Anthony Kennedy’s announcement that he will retire as of July 31, giving President Trump a second seat to fill and triggering a political battle between Republicans and Democrats over judicial power.

The Court also ruled to uphold Trump’s travel ban against citizens of Muslim-majority countries, voted to bar public sector unions from collecting fees from non-members, and both allowed and rejected redrawn voting maps in North Carolina despite accusations of racial gerrymandering.

Primary election season continued with races in seven states, with the most shocking results coming out of New York, where 28-year-old Alexandria Ocasio-Cortez, a political neophyte running as a Democratic Socialist, ousted top House Democrat Joseph Crowley for the party nomination to represent a district spanning the Bronx and parts of Queens.

A federal judge in California imposed a 30-day deadline for the federal government, immigration and health officials to reunite all separated immigrant children with their parents. However, enforcement faces logistical challenges, such as a lack of a formal system to track all 2,000+ children.

Less than a week after making a $71.3 billion offer to purchase portions of 21st Century Fox, Disney received approval from the Department of Justice to move forward with the deal.

The Food and Drug Administration also approved the first marijuana/cannabis-related pharmaceutical drug, Epidiolex, for use in adults and children over the age of two with rare epilepsy disorders.

Also noteworthy is the news that Joe Jackson, patriarch of musical icons the Jackson 5, died at the age of 89, while the World Cup continued and Germany faced a stunning defeat by South Korea.

Top line: “Five people were killed in a shooting Thursday inside the newsroom at the Capital Gazette newspaper office in Annapolis, Maryland. The victims were all employees of the newspaper. Jarrod Ramos has been charged with five counts of first-degree murder.” 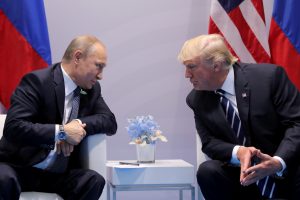 Top line: “Russian President Vladimir Putin and U.S. President Donald Trump will hold a summit in Helsinki on July 16, a long-expected encounter that comes amid spiraling tensions between Moscow and Washington. A terse synchronized statement issued by the Kremlin and the White House said Putin and Trump will discuss bilateral issues and international relations. The announcement comes a day after Trump’s National Security Adviser John Bolton held talks with Putin in Moscow to lay the groundwork for the summit.”

Top line: “Justice Anthony M. Kennedy announced on Wednesday that he would retire this summer, setting in motion a furious fight over the future of the Supreme Court and giving President Trump the chance to put a conservative stamp on the American legal system for generations. Justice Kennedy, 81, has been a critical swing vote on the sharply polarized court for nearly three decades as he embraced liberal views on gay rights, abortion and the death penalty but helped conservatives trim voting rights, block gun control measures and unleash campaign spending by corporations. His replacement by a conservative justice — something Mr. Trump has vowed to his supporters — could imperil a variety of landmark Supreme Court precedents on social issues where Justice Kennedy frequently sided with his liberal colleagues, particularly on abortion.”

4. Winners and losers: Joe Crowley and the Democratic Party are the big losers in Tuesday’s primaries – The Washington Post, Amber Phillips

Top line: “Seven states held primaries Tuesday night — South Carolina, Oklahoma, New York, Colorado, Maryland, Mississippi and Utah — and as usual, President Trump loomed over top races for Republicans. But the big news of the night was on the Democratic side, where one a top House Democrat lost his primary in a jaw-dropping upset. Here are Tuesday’s winners and losers.”

Top line: “A federal judge on Tuesday ordered the federal government to reunite migrant parents with children taken from them under the Trump administration’s family separation policy. U.S. District Court Judge Dana Sabraw, based in San Diego, issued a preliminary injunction on Tuesday night requiring that nearly all children younger than 5 be returned to their parents within 14 days and that older children be returned within 30 days.”

Magazine to follow: Separation of Families at the U.S. Southern Border by NPR 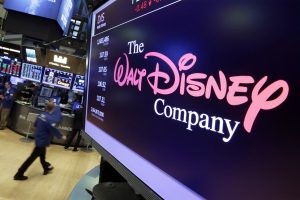 Top line: “Disney has moved one step closer to purchasing a big chunk of 21st Century Fox. On Wednesday, the Justice Department announced it had approved the proposed deal, valued at a total $71.3 billion. The DoJ entered into a consent decree with Disney and Fox allowing the deal to proceed, with one caveat: Disney, the owner of ESPN, must sell off 22 regional sports networks that were originally a part of the purchase, to avoid undue dominance in sports broadcasting. Disney’s deal includes the 20th Century Fox film and TV studios, along with the FX cable channels, Fox’s stakes in Hulu, Sky, National Geographic Partners and more. Fox plans to spin off the Fox broadcasting network and stations, Fox News Channel, Fox Business Networks and several other assets into a company currently referred to as “New Fox.””

Top line: “From President Donald Trump’s immigration travel ban to workers’ rights, voting rights and religious rights, the high court handed conservatives a nearly unbroken string of victories in a divisive term that came to a screeching halt Wednesday. Time after time in the term’s waning days, the court’s conservative majority thumped its liberal minority in 5-4 decisions, noteworthy in some cases for their breadth and in others for their narrow, almost tortured reasoning. The mood was so divisive that on the 2017 term’s penultimate day, two decisions on immigration and abortion prompted liberal justices to read three dissents from the bench.” 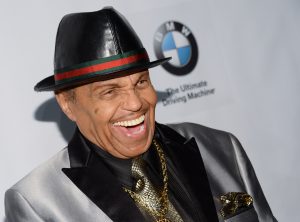 Top line: “Joe Jackson, the controversial patriarch of one of the most famous singing family acts of all time who used a firm hand to steer the careers of his superstar children, has died. He was 89. Jackson plotted the career moves of the Jackson 5 starting in the 1960s, but was slowly relegated to the sidelines when his son Michael rocketed to global stardom as a solo artist during the next decade. Jackson died at 2:55 a.m. Wednesday at Nathan Adelson Hospice in Las Vegas, Clark County coroner John Fudenberg told the Associated Press.”

Top line: “Epidiolex, a medication formulated from a cannabidiol (CBD) substance derived from the marijuana plant was approved by the U.S. Food and Drug Administration (FDA) for children and adults over the age of 2. It treats Dravet syndrome and Lennox-Gastaut syndrome (LGS), two rare epilepsy disorders that primarily affect children.”

10. World Cup 2018: Why were Germany knocked out and where do they go from here? – BBC News, Archie Rhind-Tutt

Top line: “Express any worry in Germany about how the national team is going to perform at a major tournament and a single-word response usually follows. “Turniermannschaft,” you’ll be told. It means “tournament team” and the implication is that when the major tournament comes around, Germany always turn up. After the defeat by South Korea the “deadly silence in the dressing room” that coach Joachim Low spoke of said it all – in Russia, they didn’t. Germany had not gone out of a World Cup at the first stage since 1938, but that all changed in Kazan.”

~HeatherC is reading about Mind & Body by TIME Health