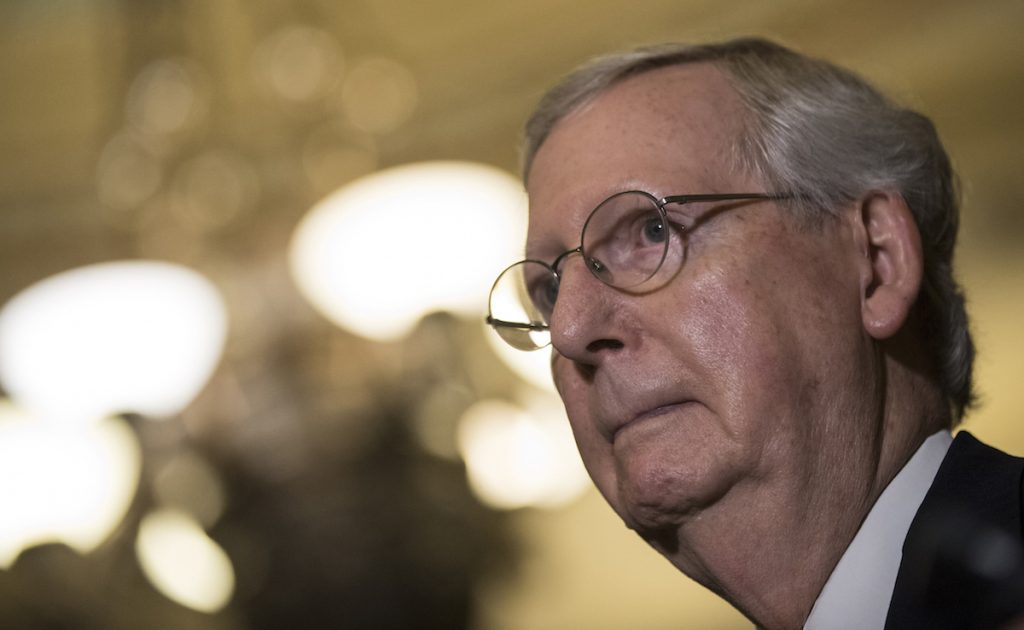 This week was largely dominated by the roller-coaster of the Republican health care plan in the Senate, which ended when Senate Majority Leader Mitch McConnell delayed the vote. The negotiations exposed disagreements in the Republican conference, raised leadership questions directed at McConnell and the White House and left uncertainty surrounding health care for millions of Americans. Read more about where the health care negotiations stand and about the other biggest stories of the week, as they appeared in The Daily Edition.

Top line: “McConnell’s decision does not mean Republicans’ plans for repealing and replacing Obamacare are dead, but it highlights the challenge facing the GOP leadership as they try to bridge the divide between conservatives and moderates in the party.”

Top line: “The high court’s ruling allowed President Donald Trump to place a 90-day ban on foreign travelers from six countries — Iran, Syria, Sudan, Somalia, Libya and Yemen — as well as a 120-day ban on refugees fleeing persecution from any country when they have no “bona fide relationship” with an entity or person in the United States. The Supreme Court has granted full review of the travel ban and oral argument is set for October.”

Top line: “That bomb soon exploded, destroying his financial data and quickly spreading through computer systems vital to Ukraine’s government — and beyond. The cyberattack, on Tuesday, was caused by a virus similar to one that wreaked global havoc less than two months ago.”

Trump’s comments drew immediate condemnation from members of both political parties, with some calling his jabs at Brzezinski beneath the dignity of his office…

But Trump’s aides and allies fiercely defended the president, arguing the ‘Morning Joe’ hosts and their guests frequently criticize Trump and the White House in harsh terms including questioning his mental stability, honesty and fitness for office.” 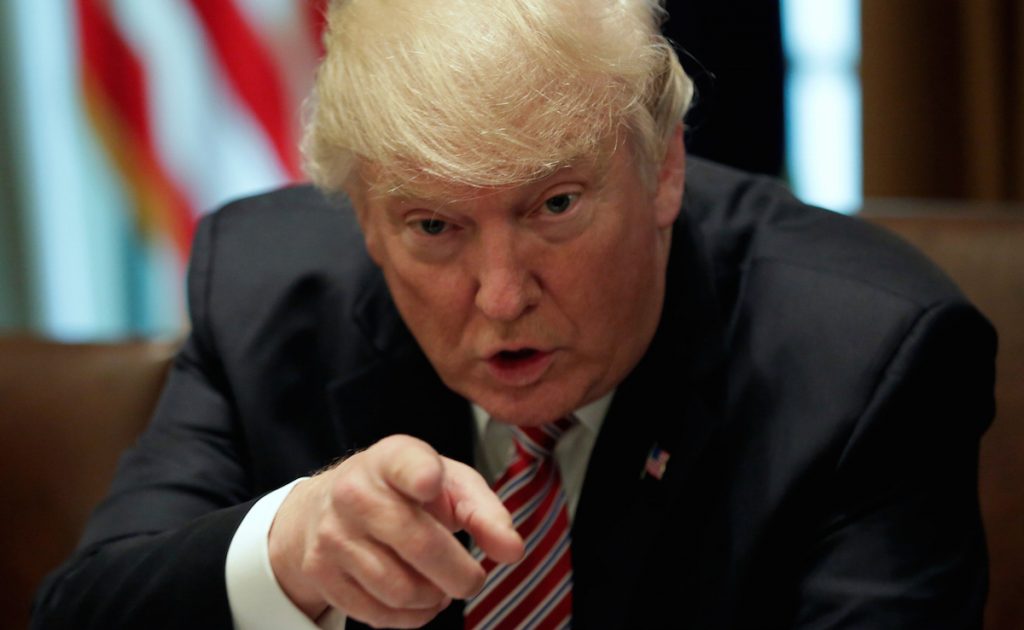 U.S. President Donald Trump talks to the media during his meeting with immigration crime victims at the White House in Washington, U.S., June 28, 2017. REUTERS/Yuri Gripas

Top line: “Police in the Australian state of Victoria have announced charges of sexual abuse against one of the Vatican’s most powerful cardinals.

Cardinal George Pell said he was ‘innocent of the charges’ and would be taking a leave of absence from the Vatican to clear his name in Australia, where he was a priest in the 1970s and ’80s.”

Top line: “The Chicago police investigation of the 2014 shooting death of Laquan McDonald unfolded like hundreds of others had before it, with an officer who claimed he fired in fear of his life, fellow cops who backed up his story and supervisors who quickly signed off on the case as a justifiable homicide…

In a move some lawyers called unprecedented, the special prosecutor appointed to look into how police handled the probe into the McDonald shooting announced that three veteran officers were indicted on felony charges alleging they conspired to cover up the details of the death to protect Van Dyke.”

Top line: “The European Commission’s long-running investigation into Google has finally come to an end, and it’s not good news for the search giant. Commissioner Margrethe Vestager confirmed today that the company has been fined €2.42 billion ($2.72 billion) for unfairly directing users to its own products rather over those of its rivals. It’s the biggest financial penalty the Commission has ever handed out, eclipsing the €1.06 billion ($1.4 billion) charge incurred by Intel back in 2014.” 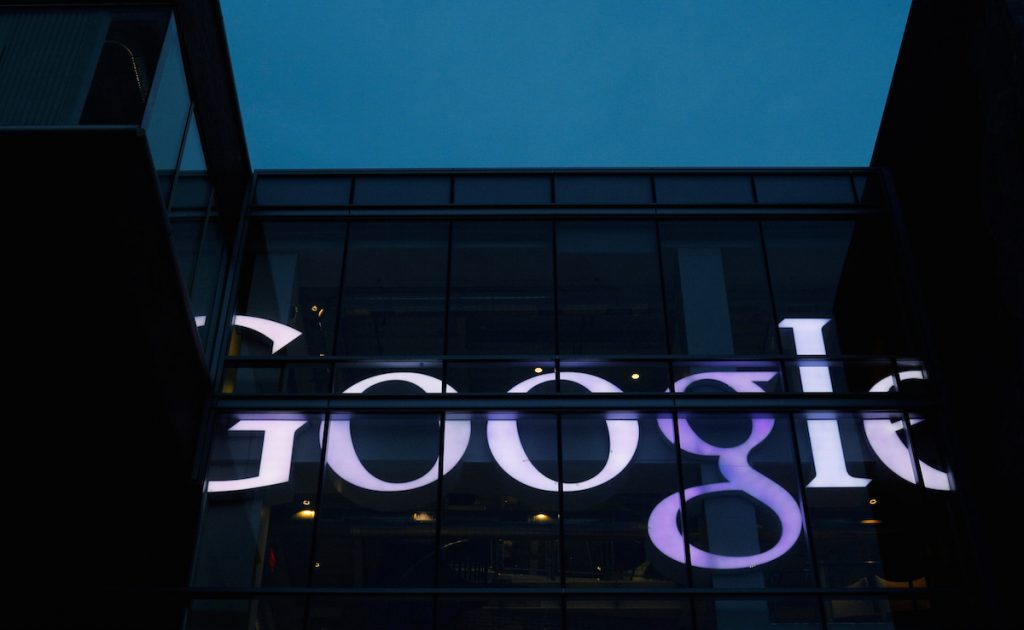 The sign marking the Google offices is lit up in Cambridge, Massachusetts, U.S., June 27, 2017. REUTERS/Brian Snyder

Top line: “German MPs have voted in favour of legalising same-sex marriage, prompting joyous and unusual scenes in parliament as Green party politicians tossed glittered confetti across the chamber and gay couples sitting in the public gallery kissed and embraced.

The vote by 393 to 226, with four abstentions, followed 40 minutes of often heated and highly emotional debate, reflecting a wider, decades-long argument over marriage equality. The German chancellor, Angela Merkel, voted against the move, despite having paved the way for the law’s passage by inviting MPs to vote according to their conscience.”

Top line: “Nicolas Maduro on Wednesday denounced what he termed a ‘terrorist attack’ on conflict-wracked Venezuela, after a renegade policeman launched an airborne assault on the country’s Supreme Court in a stolen helicopter.”

~GabyS is learning lots about July 4th from Inverse’s magazine