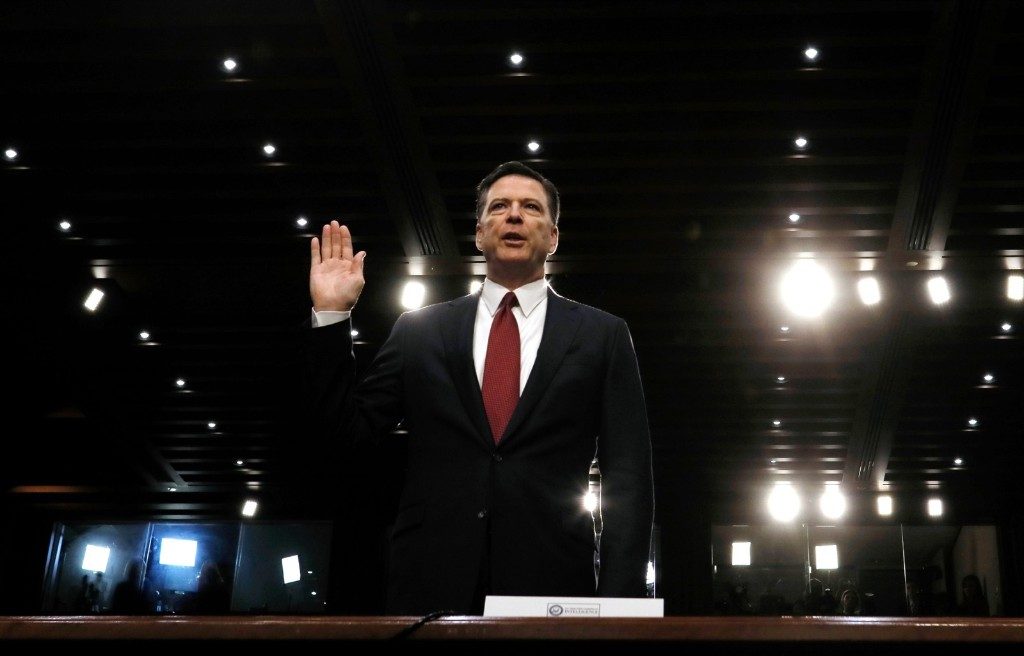 Former FBI Director James Comey is sworn in prior to testifying before a Senate Intelligence Committee hearing on Russia’s alleged interference in the 2016 U.S. presidential election. REUTERS/Jonathan Ernst

Former FBI Director James Comey testified this week on Capitol Hill that President Donald Trump fired him over the Russia investigation and accused the president and his team of lying to the American people. Across the pond, the U.K. election resulted in a hung parliament after Prime Minister Theresa May‘s party failed to gain a majority.

Read more about these two big news stories that dominated the week, as they appeared in The Daily Edition.

Top line: “Former FBI director James B. Comey on Thursday used a dramatic appearance before a national audience to sharply criticize the character of the president, accusing Trump of firing him over the Russia investigation and then misleading the public about the reasons for the dismissal.

Trump and his team, Comey said, told ‘lies, plain and simple,’ about him and the FBI in an effort to cover up the real reason for his sudden sacking last month. Comey said that after one particularly odd private meeting with the president, he feared Trump ‘might lie’ about the conversation, prompting him to begin taking careful notes after each encounter.”

Top line: “A disastrous set of election results have left Mrs May clinging onto power with the Prime Minister forced to pursue a deal with the Democratic Unionist Party (DUP) to stay in Downing Street.” 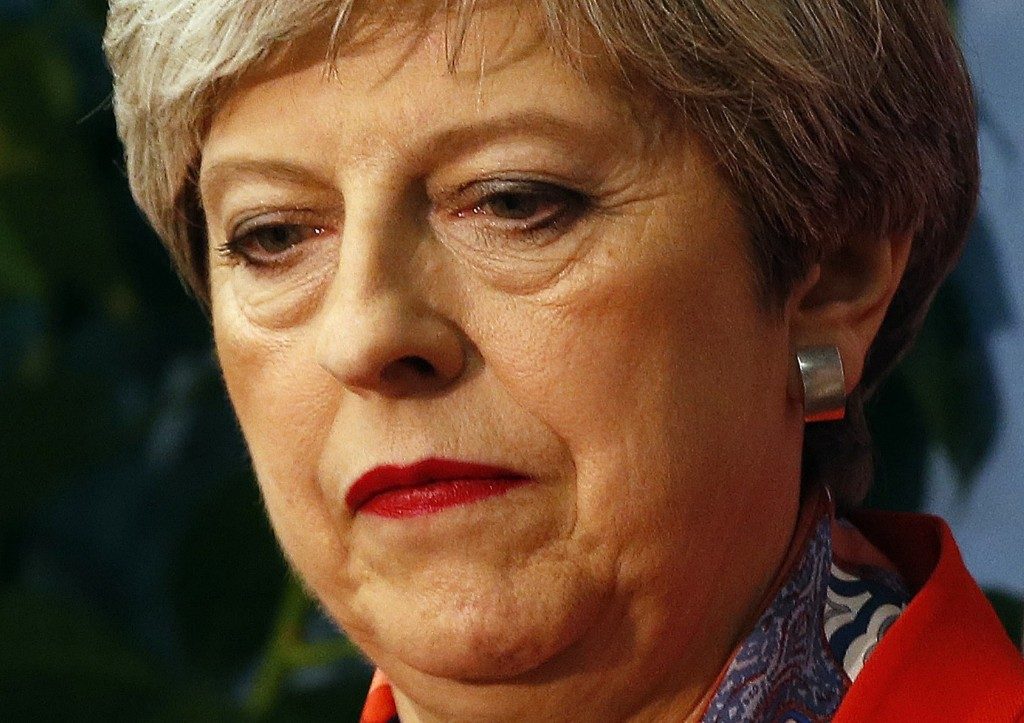 Britain’s Prime Minister Theresa May after the results of the election were declared. AP Photo/Alastair Grant

Top line: “n that is home to a major U.S. military base, accusing it of supporting terrorist groups and backing Iran.

The decision plunged Qatar into chaos and ignited the biggest diplomatic crisis in the Gulf since the 1991 war against Iraq.”

Top line: “Police on Tuesday identified the final terrorist as 22-year-old Youssef Zaghba from east London, having previously named Khuram Butt and Rachid Redouane, both from the east London suburb of Barking.”

Top line: “President Trump on Wednesday announced that he had selected Christopher A. Wray to be his F.B.I. director, turning to a former federal prosecutor who recently defended Gov. Chris Christie of New Jersey in the so-called Bridgegate scandal to lead an agency under a harsh political spotlight.”

Top line: “Reality Winner, a 25-year-old National Security Agency contractor accused of leaking classified information to a news outlet, has pleaded not guilty at a hearing in Augusta, Ga. The judge denied her bail after prosecutors suggested she may possess more secret documents.”

Top line: “Iran’s Revolutionary Guards have blamed Saudi Arabia for the first terrorist attack claimed by Islamic State in their country, setting the stage for spiralling tensions between the two rivals at a critical moment in the region.

At least 12 people were killed and dozens more injured in Tehran on Wednesday when gunmen and suicide bombers attacked the Iranian parliament and the mausoleum of the revolutionary founder of the Islamic Republic.”

Top line: “Bill Cosby’s trial on sexual assault charges continued for a fifth day Friday as prosecutors called an expert witness to describe how victims of sex crimes typically behave in a manner similar to the way accuser Andrea Constand behaved more than 13 years ago.”

~GabyS is curating Explainers, which breaks down the U.K. election results