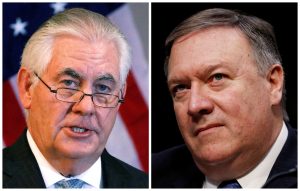 The Trump administration imposed sanctions this week on Russian government hackers and spy agencies for ongoing cyber attacks against the United States energy grid and power plants, as well as for interfering in the 2016 presidential election.

Trump’s political and business ties to Russia were the subject of a subpoena by Special Counsel Robert Mueller, who demanded documents from the Trump Organization.

Economist and cable news commentator Larry Kudlow will also be joining the White House as top economic adviser and head of the National Economic Council. He is expected to replace former Goldman Sachs executive Gary Cohn, who resigned last week.

National School Walkout Day saw thousands of students leave school to protest gun violence. The walkout lasted for 17 minutes and was held on the one month anniversary of the Parkland school shooting in Florida.

World-renowned physicist Stephen Hawking died peacefully at his home in England at the age of 76, triggering an outpouring of tributes from scientists, actors and laymen alike.

Top line: “The Trump administration on Thursday imposed fresh sanctions on Russian government hackers and spy agencies to punish Moscow for interfering in the 2016 presidential election and for a cyberattack against Ukraine and other countries last year that officials have characterized as “the most destructive and costly” in history. Sanctions also were imposed on individuals known as “trolls” and the Russian organizations — including the Internet Research Agency — that supported their efforts to undermine the election. Additionally, the administration alerted the public that Russia is targeting the U.S. energy grid with computer malware that could sabotage its systems.”

Top line: “As the 950-ton concrete bridge section was swung into place over a highway last weekend, Florida International University officials were beaming with pride. Five days later, the bridge collapsed onto the busy six-lane highway, crushing cars and killing at least six people in a tragedy now under federal investigation. While it’s not yet clear what caused the failure of the unfinished span Thursday, the disaster has cast a spotlight on a rapid construction technique widely used around the U.S.”

Top line: “President Donald Trump announced Tuesday that he has fired Secretary of State Rex Tillerson and will nominate CIA Director Mike Pompeo to succeed him, replacing his top diplomat ahead of a potential high-stakes sitdown between the US President and North Korean leader Kim Jong Un. Tillerson’s departure follows months of tension between him and Trump. Gina Haspel, the current CIA deputy director, stands to take over the agency, Trump tweeted Tuesday morning.”

Top line: “The subpoena is the latest indication that the investigation, which Mr. Trump’s lawyers once regularly assured him would be completed by now, will continue for at least several more months. Word of the subpoena came as Mr. Mueller appears to be broadening his inquiry to examine the role foreign money may have played in funding Mr. Trump’s political activities. In recent weeks, Mr. Mueller’s investigators have questioned witnesses, including an adviser to the United Arab Emirates, about the flow of Emirati money into the United States.” 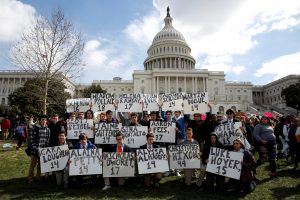 Students from Gonzaga College High School in Washington, D.C., hold up signs with the names of those killed in the Parkland, Florida, school shooting during a protest for stricter gun control during a walkout by students at the U.S. Capitol in Washington. (REUTERS/Joshua Roberts)

Top line: “Exactly one month after 17 people were killed at Marjory Stoneman Douglas High School in Parkland, survivors of the massacre joined tens of thousands of students across the U.S. by walking out of school on Wednesday morning. The mass protests were held at 10 a.m. local time in each time zone and lasted 17 minutes, one for each of the Parkland victims. Organizers said the purpose was to highlight “Congress’ inaction against the gun violence plaguing our schools and neighborhoods.””

Top line: “Larry Kudlow will be the next director of the National Economic Council, succeeding Gary Cohn as President Donald Trump’s top economic adviser, the White House confirmed Wednesday. Cohn, a former Goldman Sachs executive who was instrumental in shepherding Trump’s tax cuts last December, resigned on March 6 amid a pitched internal battle over Trump’s decision to impose steep tariffs on steel and aluminum imports. Kudlow will have the difficult task of advising a president who is increasingly inclined to keep his own counsel – and who wants to pursue aggressive trade policies, including tariffs, against both adversaries and allies.”

Top line: “Both companies were ordered to immediately abandon the proposed deal. The order, an unusual move by any sitting U.S. president, also prohibits all 15 of Broadcom’s proposed candidates for Qualcomm’s board from standing for election. The U.S. Treasury’s Committee on Foreign Investment in the United States had already expressed concerns about the transaction in a March 5 letter addressed to Broadcom and Qualcomm lawyers. CFIUS listed several issues, including Broadcom’s reputation for cutting research spending and potential national security risks.”

Top line: “Years after it was reported that the SEC was looking into improprieties at the once high-flying blood-testing company Theranos, its founder, Elizabeth Holmes, and the company’s former president, Ramesh “Sunny” Balwani, have been formally charged with massive fraud by the agency. The charge, more precisely: that the two raised more than $700 million from investors through an “elaborate, years-long fraud in which they exaggerated or made false statements about the company’s technology, business, and financial performance.”” 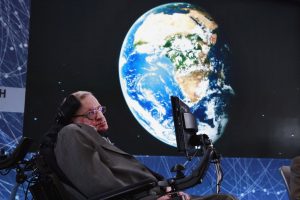 Top line: “He died peacefully at his home in Cambridge in the early hours of Wednesday, his family said. The British scientist was famed for his work with black holes and relativity, and wrote several popular science books including A Brief History of Time. At the age of 22, Prof Hawking was given only a few years to live after being diagnosed with a rare form of motor neurone disease. The illness left him in a wheelchair and largely unable to speak except through a voice synthesiser.”

Top line: “Hubert de Givenchy, the aristocratic French fashion designer whose understated style represented a golden age of elegance, has died aged 91. Givenchy dressed Audrey Hepburn and Jackie Kennedy and is famous for his take on the “little black dress”. He died on Saturday at the Renaissance chateau near Paris that he shared with his partner and fellow designer, Philippe Venet. At 6ft 6in tall, Givenchy was a giant of haute couture in every sense. Not only did he physically tower over his peers but his designs were considered by many to be way over the heads of his rivals in their elegance and sophistication.”