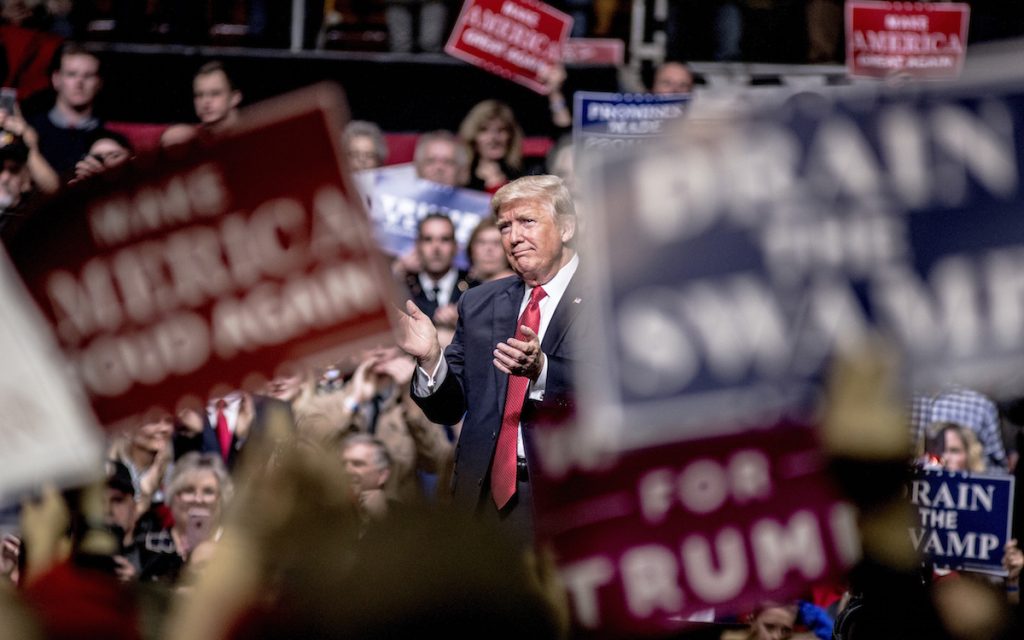 Politics and the Donald Trump administration once again dominated the past week during which the CBO scored the GOP’s health care bill, the White House released their budget plan and Trump’s latest travel ban was blocked by two judges. Read more about these ongoing issues, as well as the other biggest news of the week, from The Daily Edition.

Top line: “Twenty-four million more Americans would be uninsured by 2026 under the House Republican health care bill than under Obamacare, including 14 million by next year, the non-partisan Congressional Budget Office said Monday…

In total, an estimated 52 million people would be uninsured by 2026 under the GOP plan, compared to 28 million who would lack insurance under the current law.”

Top line: “President Trump’s budget for 2018 would slash funding on everything from Big Bird to foreign aid, while boosting support for the Pentagon and the construction of a border wall, the White House said Wednesday.

Trump released his first “budget blueprint” Thursday morning, providing the clearest glimpse yet at his Administration’s war on the so-called “administrative state.” The document reallocates more than $54 billion from government entities like the Environmental Protection Agency, the State Department and even NASA to boost defense spending by the same amount.” 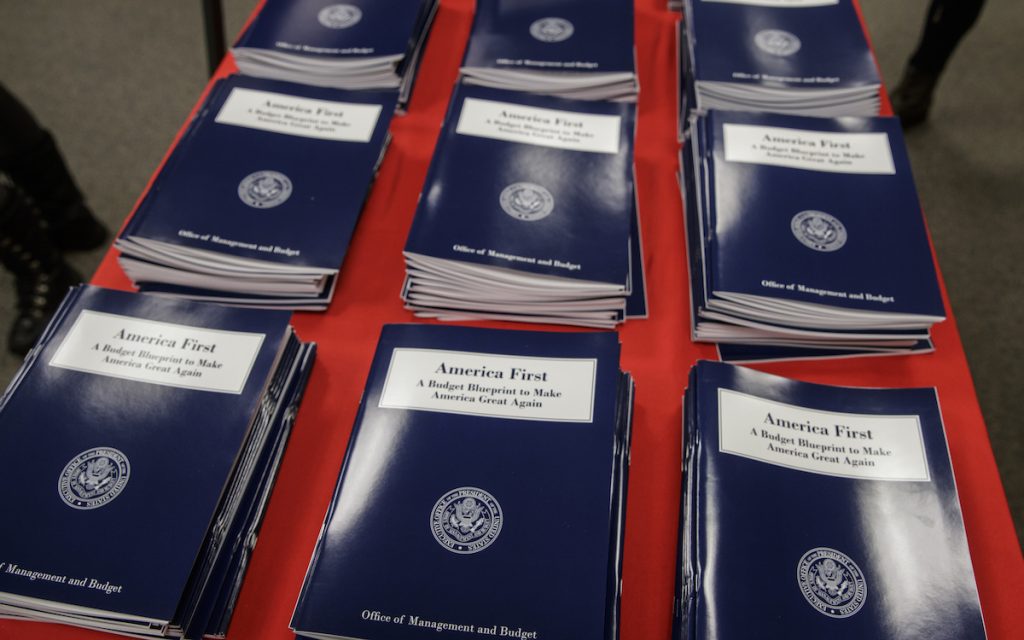 Top line: “A federal judge in Hawaii issued a nationwide order Wednesday evening blocking President Trump’s ban on travel from parts of the Muslim world, dealing a stinging blow to the White House and signaling that Mr. Trump will have to account in court for his heated rhetoric about Islam.

A second federal judge in Maryland ruled against Mr. Trump overnight, with a separate order forbidding the core provision of the travel ban from going into effect…Mr. Trump issued a new and narrower travel ban, affecting six countries, on March 6, trying to satisfy the courts by removing some of the most contentious elements of the original version.”

Top line: “national elections Wednesday, blunting a populist surge spreading through Europe ahead of key votes in France and Germany, according to the Netherlands’ main exit poll.

Incumbent Prime Minister Mark Rutte’s center-right People’s Party for Freedom and Democracy party easily beat Geert Wilders, an anti-Islam firebrand who wants to ban the Quran, close all the nation’s mosques and take the Netherlands out of the European Union.”

Trump’s response further fueled a controversy about his claims he was wiretapped by Obama — first made on Twitter two weeks ago — which have been rejected by senior members of House and Senate Intelligence committees. The White House has produced no evidence to back up the allegations.”

The officials made the comments after the Syrian Observatory for Human Rights, a nonpartisan group based in Britain that catalogs military actions in Syria, said at least 42 people were killed in an airstrike on a mosque in the rebel-held village of al-Jinnah.”

Top line: “A man shot dead by French soldiers at Paris Orly airport on Saturday shouted he was there to “die for Allah” and tried to seize a soldier’s assault rifle, apparently intending to open fire on passengers, a prosecutor said.

The latest in a series of attacks in France forced the evacuation of France’s second-busiest airport and thrust security back to the forefront of France’s presidential election campaign.”

Top line: “The Justice Department has announced charges against four people, including two Russian security officials, over cybercrimes linked to a massive hack of millions of Yahoo user accounts.

Two of the defendants — Dmitry Dokuchaev and his superior Igor Sushchin — are officers of the Russian Federal Security Service, or FSB. According to court documents, they ‘protected, directed, facilitated and paid’ two criminal hackers, Alexsey Belan and Karim Baratov, to access information that has intelligence value. Belan also allegedly used the information obtained for his personal financial gain.”

Top line: “A blustery late-season storm plastered the Northeast with sleet and snow Tuesday, paralyzing much of the Washington-to-Boston corridor but falling well short of the predicted snow totals in New York, Boston and Philadelphia…The powerful nor’easter, which came after a stretch of unusually mild winter weather that had people thinking spring was already here, unloaded 1 to 2 feet in many places inland, grounded more than 6,000 flights and knocked out power to nearly a quarter-million customers from Virginia northward.”

Top line: “The legendary guitarist Chuck Berry, who merged blues and swing into the phenomenon of early rock’n’roll and in the process influenced generations of musicians, died on Saturday aged 90, according to Missouri police…

His break came in 1955 when he met blues musician Muddy Waters and producer Leonard Chess in Chicago, and for the rest of the decade Berry blended the country and blues songs of the south with pop sensibilities starting to echo on the radio.

He recorded some of his most famous hits in the 1950s, including Rock & Roll Music, Roll Over Beethoven, Johnny B Goode, Maybellene and School Days.

Berry’s music was a hugely influential figure for generations of rock musicians who followed him, many of whom recognized him during their lifetimes. ‘If you had to give rock’n’roll another name, you might call it Chuck Berry,’ John Lennon famously said.”

~GabyS is curating the best of Late Night Satire