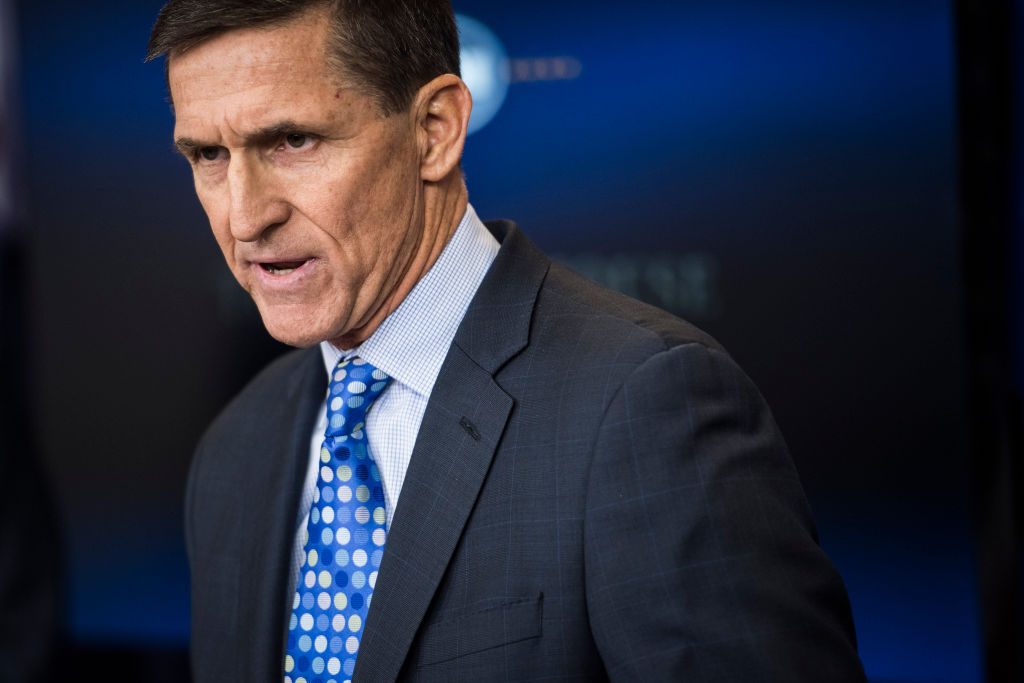 Many of the biggest news stories in the U.S. this week involved Russia—their involvement in the presidential election, the connection of Trump officials to Russian officials and the ongoing investigations into these matters on Capitol Hill. While the majority of Americans want an independent probe into Trump’s ties to Russia, according to a new poll, the White House has remained steadfast in their denials of any wrongdoing.

Read more about these issues and continue to track new developments in The Daily Edition and our Flipboard Magazine about Trump’s First 100 Days.

Top line: “Former national security adviser Michael Flynn has offered to cooperate with congressional investigators in exchange for immunity from prosecution, a suggestion that has been met with initial skepticism, according to people familiar with the matter…

The committees are both looking into whether any associates of Donald Trump may have coordinated with agents of the Russian government seeking to meddle in last year’s presidential election. The FBI is also investigating. The Trump administration has denied any such coordination.”

Top line: “A pair of White House officials helped provide Representative Devin Nunes of California, a Republican and the chairman of the House Intelligence Committee, with the intelligence reports that showed that President Trump and his associates were incidentally swept up in foreign surveillance by American spy agencies…

It is the latest twist of a bizarre Washington drama that began after dark on March 21, when Mr. Nunes got a call from a person he has described only as a source. The call came as he was riding across town in an Uber car, and he quickly diverted to the White House. The next day, Mr. Nunes gave a hastily arranged news conference before going to brief Mr. Trump on what he had learned the night before from — as it turns out — White House officials.” 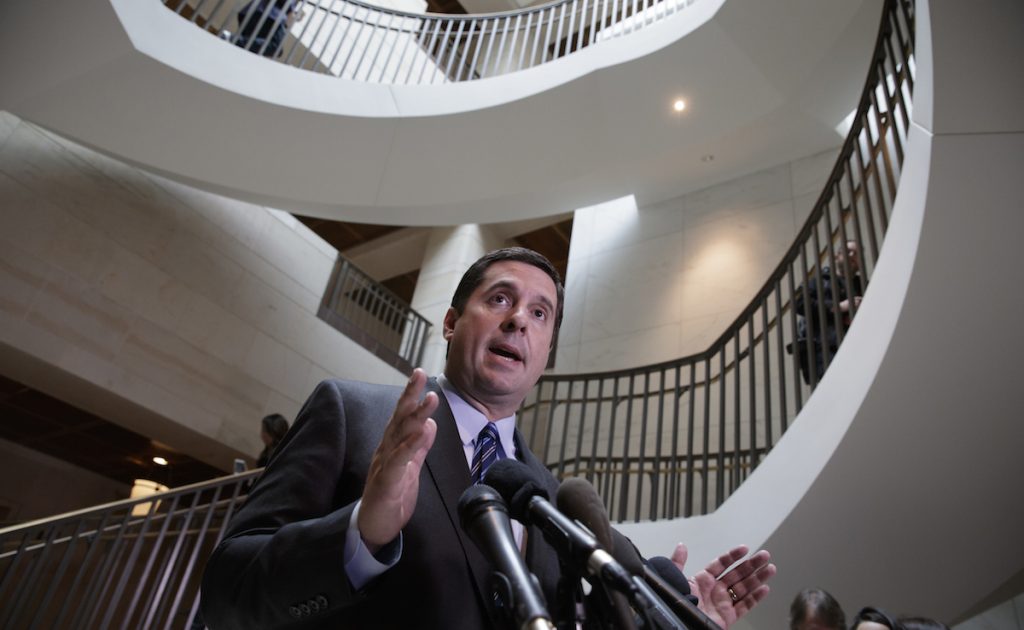 Top line: “Senate investigators plan to question Jared Kushner, President Trump’s son-in-law and a close adviser, as part of their broad inquiry into ties between Trump associates and Russian officials or others linked to the Kremlin, according to administration and congressional officials.”

Top line: “The UK government has formally served divorce papers on the European Union, signaling the beginning of the end of a relationship that has endured for 44 years.

Theresa May, the British Prime Minister, confirmed that the UK had triggered Article 50 of the Lisbon Treaty, beginning a legal process that must end in two years’ time with Britain leaving the EU.”

Top line: “North Carolina’s deal to undo its “bathroom bill” is receiving both complaints and applause, along with one big vote of confidence that could pump tens of millions of dollars into the state’s economy…

HB142 has eliminated HB2’s requirement that transgender people use restrooms corresponding to the sex on their birth certificates in many public buildings. But the new law also makes clear that from now on, only state legislators – not local governments or school officials – can make rules for public restrooms.” 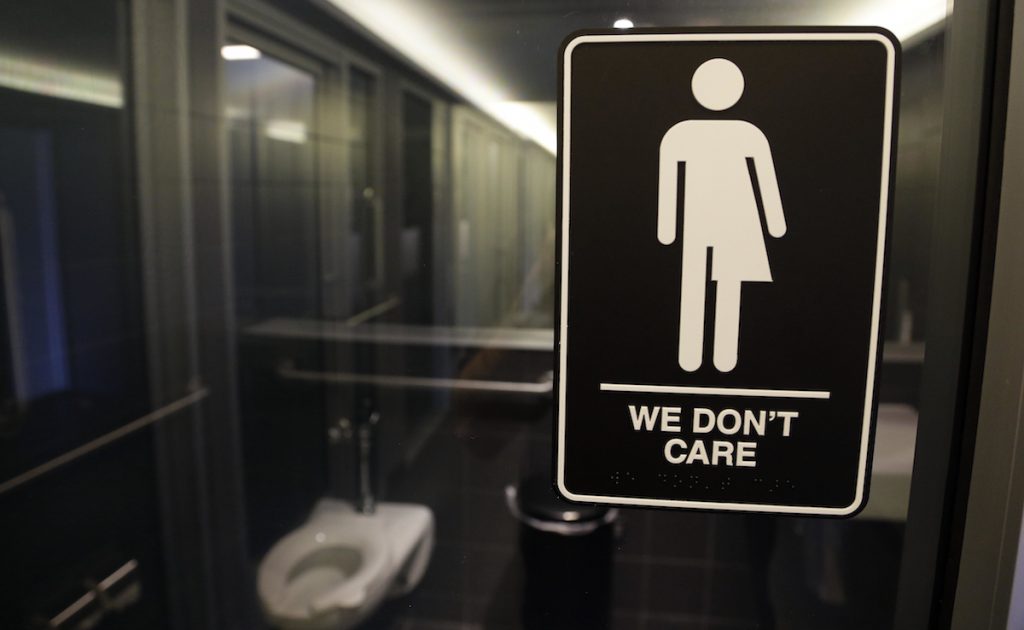 A sign outside a restroom at 21c Museum Hotel in Durham, N.C. AP Photo/Gerry Broome, File

Trump signed the new ban on March 6 in a bid to overcome legal problems with a January executive order that caused chaos at airports and sparked mass protests before a Washington judge stopped its enforcement in February. Trump has said the travel ban is needed for national security.

In its challenge to the travel ban, Hawaii claims its state universities would be harmed by the order because they would have trouble recruiting students and faculty.”

Top line: “President Trump is expected to sign into law a decision by Congress to overturn new privacy rules for Internet service providers.

Passed by the Federal Communications Commission in October, the rules never went into effect. If they had, it would have given consumers more control over how ISPs use the data they collect. Most notably, the rules would have required explicit consent from consumers if sensitive data — like financial or health information, or browsing history — were to be shared or sold.”

Top line: “The White House took a major swipe at President Barack Obama’s climate change legacy on Tuesday with the signing of an executive order on energy independence.

The order asks the Environmental Protection Agency to review Obama’s Clean Power Plan, which sought to reduce carbon pollution from power plants and is considered one of the past administration’s signature pieces of climate policy. The plan’s implementation was already put on hold by the Supreme Court in February of 2016.”

Top line: “A homeless man charged with setting a fire that brought down a bridge on Atlanta’s heavily traveled Interstate 85 was smoking crack cocaine at the time, a court document indicated Saturday…

There were no deaths or injuries in the explosion and fire, but the bridge collapse Thursday severed the vital roadway that runs north-south through downtown Atlanta. The interstate carries 250,000 vehicles daily, Georgia transportation commissioner Russell McMurry told USA TODAY.”

~GabyS is getting ready for the end of March Madness