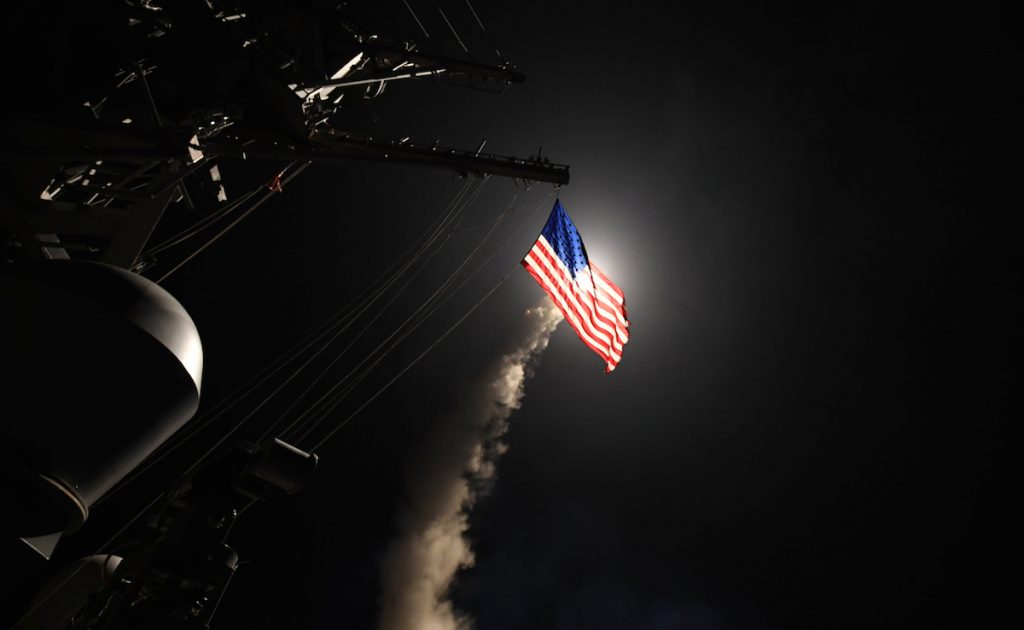 Events in Syria dominated the news this week, including the chemical attack that killed dozens in the country and the subsequent military strike ordered by President Donald Trump. Elsewhere, Neil Gorsuch was confirmed by the Senate to become a justice of the Supreme Court and North Korea tested a ballistic missile before Trump and China’s President Xi met in Florida.

Top line: “The United States launched a military strike Thursday on a Syrian government airbase in response to a chemical weapons attack that killed dozens of civilians earlier in the week.

On President Donald Trump’s orders, US warships launched 59 Tomahawk cruise missiles at the airbase that was home to the warplanes that carried out the chemical attacks, US officials said.” 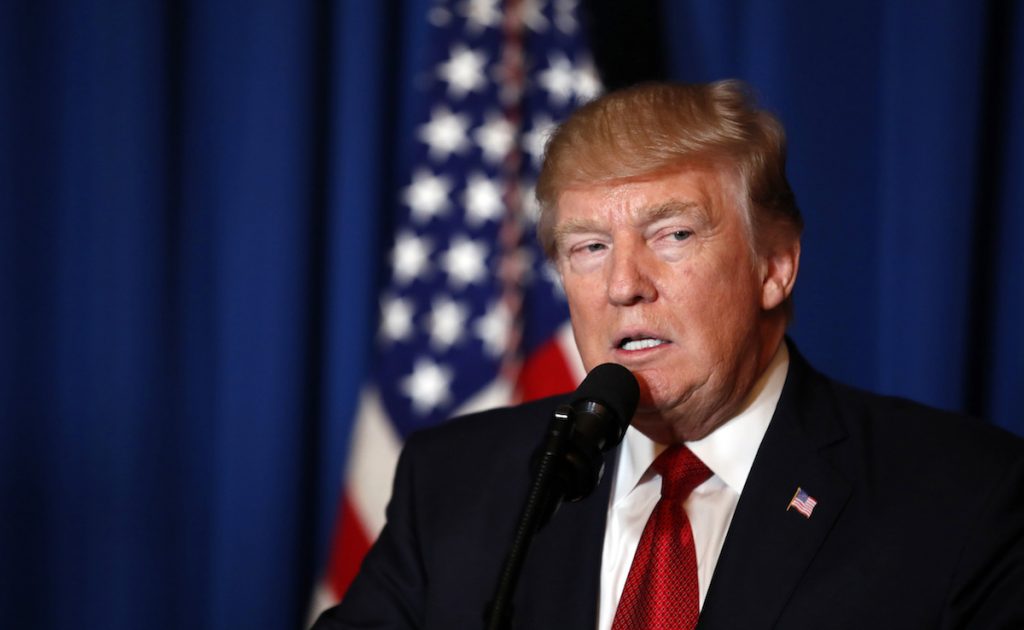 Top line: “A chemical weapons attack in an opposition-held town in northern Syria killed dozens of people on Tuesday, leaving residents gasping for breath and convulsing in the streets and overcrowded hospitals. The Trump administration blamed the Syrian government for the attack, one of the deadliest in years, and said Syria’s patrons, Russia and Iran, bore ‘great moral responsibility’ for the deaths.

The Britain-based Syrian Observatory for Human Rights said at least 58 people died, including 11 children, in the early morning attack in the town of Khan Sheikhoun, which witnesses said was carried out by Sukhoi jets operated by the Russian and Syrian governments.”

Top line: “Judge Neil M. Gorsuch was confirmed by the Senate on Friday to become the 113th justice of the Supreme Court, capping a political brawl that lasted for more than a year and tested constitutional norms inside the Capitol’s fraying upper chamber.

The moment was a triumph for President Trump, whose campaign appeal to reluctant Republicans last year rested in large part on his pledge to appoint another committed conservative to succeed Justice Antonin Scalia, who died in February 2016. However rocky the first months of his administration may have been, Mr. Trump now has a lasting legacy: Judge Gorsuch, 49, could serve on the court for 30 years or more.”

Top line: “North Korea test-fired a ballistic missile into the sea off its east coast on Wednesday, South Korea’s military said, ahead of a summit between U.S. and Chinese leaders who are set to discuss Pyongyang’s increasingly defiant arms program.”

5. At Trump And Xi’s Meetings, Uncomfortable Talks Are The Order Of The Day—NPR, Colin Dwyer

Top line: “While it’s likely to loom large over the talks, the strike isn’t the only difficult issue confronting the two presidents. From trade policy to North Korea, from Taiwan to the South China Sea, the list of possible topics for their talks was about as long as it is thorny.

This meeting had long promised to be a delicate dance between the leaders, whose relationship has had something of a rocky start.”

Top line: “House Intelligence Committee Chairman Devin Nunes (R-Calif.) will temporarily step aside from an investigation into Russian meddling in the 2016 election, including interactions between Moscow and the Trump campaign.

The move comes as the House Ethics Committee announced that it is investigating allegations that Nunes may have mishandled classified information. With the Ethics Committee now formally involved in the dispute, Nunes could no longer oversee the Russia probe, although he will remain in place as chairman of the Intelligence Committee.”

Top line: “The driver of a hijacked beer delivery truck that careered into crowds on Stockholm’s largest shopping street, killing four and injuring many more, is believed to be a 39-year-old man from Uzbekistan previously known to the security services.

Police in Sweden’s capital confirmed that a man had been arrested ‘on suspicion of a terrorist crime through murder’ after the attack on Friday afternoon, which saw the haulage vehicle drive down a pedestrianised street in the capital before crashing into a department store.”

Top line: “White House Chief Strategist Steve Bannon has been removed from his role on the National Security Council in a Trump-approved reshuffle that also diminished the role of the President’s Homeland Security Adviser.

A presidential memorandum dated April 4 removes Bannon as a member of the NSC’s Principals Committee — the premier gathering of the nation’s foreign policy establishment that is key to producing options for the President on some of the toughest security issues.

It’s the second shake-up in the council since Trump took office in January, and reflects the increasing stature of National Security Adviser H.R. McMaster within the West Wing.”

…Since they first surfaced over the weekend, the Rice reports have quickly overtaken the steady drumbeat of revelations about connections to Moscow that have dogged President Trump for months. On Tuesday, the subject dominated cable news and flooded Twitter.”

Top line: “It was an ending for eternity, one that North Carolina will want to relive frame by frame only one year removed from a finish to its season that made the Tar Heels hit the off button…

Every angle will be pleasurable after North Carolina zipped past Gonzaga over the final 100 seconds of the national championship game Monday night, scoring the game’s final eight points on the way to a 71-65 victory at University of Phoenix Stadium.”

~GabyS is curating Opinions from both sides of the aisle