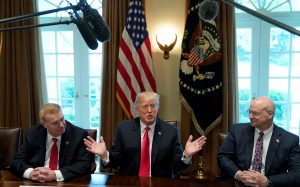 After a week of talking about tariffs and trade wars, President Donald Trump signed off on steep steel and aluminum taxes for all nations, with the exemption of Canada and Mexico for at least 30 days.

The tariff plan also led to the resignation of Gary Cohn, top economic advisor to the president and director of the National Economic Council.

The Russia investigation continued, with Trump’s former campaign manager, Paul Manafort, pleading not guilty to money laundering and tax evasion charges in Virginia. The trial is set for July 10.

Meanwhile, in Florida, Governor Rick Scott signed the bill raising the minimum age to buy rifles to 21 and extending the waiting period to buy long guns. The bill also included provisions for creating programs to train and arm school employees.

Other developments of note included former pharmaceutical executive Martin Shkreli being sentenced to seven years in prison for defrauding investors, technology company Snap Inc. laying off over 120 engineers and highlights from this year’s Oscars.

Top line: “The tariffs will take effect in 15 days. The moves will slap a 25 percent levy on steel and 10 percent charge on aluminum. White House officials say the tariffs are an essential matter of domestic and economic security. “A strong steel and aluminum industry are vital to our national security,” Trump said. “You don’t have steel, you don’t have a country.”’

Top line: “White House spokeswoman Sarah Huckabee Sanders said earlier the meeting would occur at “a place and time to be determined.” The announcement was first made by South Korean National Security Council chief Chung Eui-yong, who told reporters in Washington that Kim was eager to meet Trump and that the meeting would take place by May. The news sent shockwaves through the U.S. national security community, which has long been skeptical of North Korea’s intentions. Presidential meetings have typically been viewed as a carrot to seal a deal, rather than kick off negotiations.”

Top line: “Former Trump campaign chairman Paul Manafort appeared in Alexandria, Virginia federal court on Thursday and entered a plea of not guilty to an 18-count indictment as part of Special Counsel Robert Mueller’s investigation into Russian meddling in the 2016 presidential election. The judge set the trial to begin July 10.” 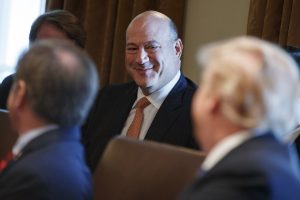 Top line: “The departure — following reports that Cohn, the National Economic Council director, had opposed Trump’s plan for large tariffs on imported steel and aluminum — was the latest in a string of exits by top officials in the administration. Cohn, a wealthy former Goldman Sachs banker, played a key role in the president’s tax cut bill. Trump praised Cohn in a statement Tuesday as a “rare talent” who had done a “superb job in driving our agenda, helping to deliver historic tax cuts and reforms, and unleashing the American economy once again.””

Top line: “The bill is less than what many survivors had sought. It raises the minimum age to buy rifles from 18 to 21, extends a three-day waiting period for handgun purchases to include long guns and bans bump stocks, which allow guns to mimic fully automatic fire. It also creates a so-called guardian program that enables some teachers and other school employees. An NRA lobbyist has called the bill “a display of bullying and coercion” that violates the Second Amendment and punishes law-abiding citizens.”

Top line: “Shkreli, best known for raising the price of an AIDS drug by 5,000 percent when he was chief executive of Turing Pharmaceuticals, was convicted last August of defrauding the investors in his hedge funds, MSMB Capital and MSMB Healthcare. Shkreli lied to obtain investors’ money, then didn’t tell them when he made a bad stock bet that led to massive losses, prosecutors argued. Instead, they said, he raised more money to pay off other investors, or took money and stock from Retrophin, a drug company that he was running.”

Top line: “The Trump administration escalated what had been a war of words over California’s immigration agenda, filing a lawsuit late Tuesday that amounted to a pre-emptive strike against the liberal state’s so-called sanctuary laws. The Justice Department sued California; Gov. Jerry Brown; and the state’s attorney general, Xavier Becerra, over three state laws passed in recent months, saying they made it impossible for federal immigration officials to do their jobs and deport criminals who were born outside the United States. The Justice Department called the laws unconstitutional and asked a judge to block them.” 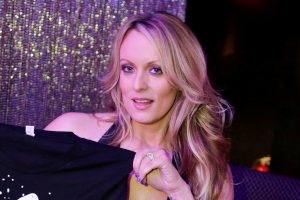 Top line: “Hunter said the layoffs are meant to streamline and unify Snap’s engineering team. He said the changes will allow the company to “[address] the technical debt that we have accrued over the years so that we can develop a product that engages customers and drives Snap forward.” That sounds like a really opaque way of saying that Snap’s product has never been known for its robust and efficient code, and with Instagram aggressively trying to steal its users, it’s time for Snap to deal with some of the shortcomings the company has long felt it was able to ignore.”

10. The Best, Worst and Most Surprising Moments of the 2018 Oscars – TIME, Eliza Berman

Top line: “The 90th Academy Awards Sunday night couldn’t possibly match the exciting finish of last year’s ceremony. But in a night full of predictable wins — from Coco to Allison Janney to Gary Oldman — there were still some moments of suspense and spontaneity. From the highs, like Tiffany Haddish and Maya Rudolph’s banter, to the lows — which involved the use of hot dog cannons — we were reminded why it’s worth tuning in every year. Here are the moments we’ll remember, and the ones we can’t wait to forget, from the 2018 Oscars.”

~HeatherC is reading Women Around The World