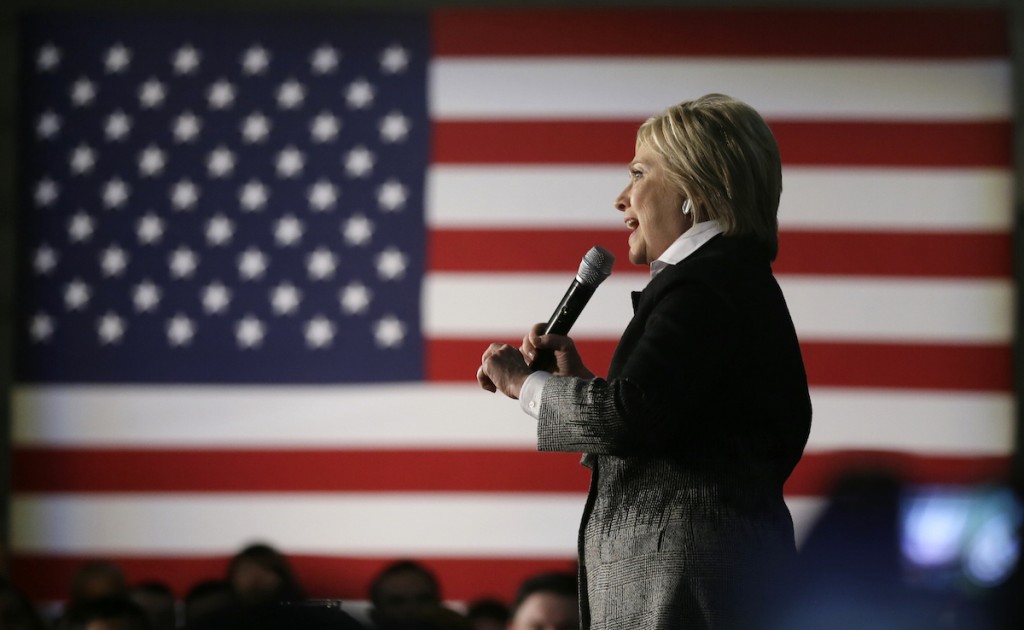 This week’s news included the hard fought battle for the Republican and Democratic presidential nominations, Iran’s missile test, U.S. strikes against al Shabaab and Maria Sharapova’s ban from tennis. Read some of the biggest stories of the week, as they appeared in The Daily Edition.

Top line: “Donald J. Trump won the biggest contests of the night, as Senator Ted Cruz of Texas captured the most conservative state up for grabs. Hillary Clinton kept a clear upper hand in the Democratic race, but Senator Bernie Sanders of Vermont proved he would not be driven away anytime soon.”

Top line: “No more middle ground on immigration…Clinton’s reverse pivot…’I am not a natural politician’…Sanders’ simplicity…Parsing old votes on immigration.”

Top line: “The ‘civil’ debate…There was substance, but was it substantive?…Trump holds to his line on Islam…Rubio’s strong night…Republicans sound like Democrats on trade.”

Top line: “The explosive scene at the University of Illinois in Chicago was broadcast live across cable networks and come amid escalating confrontations between protesters and attendees at Trump rallies this week. According to Bloomberg News, more than 10,000 people had signed up on a Facebook page to protest Trump in Chicago by Thursday evening. Indeed, throngs of protesters had filled the arena, some wearing Black Lives Matter shirts and others chanting support for Democratic candidate Bernie Sanders, according to reporters on the scene. Trump supporters chanted back ‘USA! USA! USA!'”

Top line: “Iran test-launched a series of ballistic missiles Wednesday in an exercise that dramatized Tehran’s determination to bolster its arsenal in the aftermath of last year’s nuclear accord…The semiofficial Fars News Agency reported that one of a pair of Qadr H missiles — named after a Koranic verse — was inscribed with the phrase ‘Israel should be wiped off the Earth,’ a stock slogan for years among hard-liners in Iran. The missiles were fired in the nation’s Alborz mountain range, the agency said.”

Top line: “The United States launched an air strike in Somalia that killed more than 150 fighters with the al Qaeda-linked Islamist group al Shabaab following U.S. intelligence on preparations for a large-scale militant attack, the Pentagon said on Monday.”

6. US tourist killed in wave of attacks in Israel as Joe Biden arrives for visit—The Telegraph, Raf Sanchez

Top line: An American tourist was stabbed to death in one of three separate Palestinian attacks against Israelis on Tuesday, as US vice president Joe Biden arrived in the country and promised “total, unvarnished commitment” to Israel’s security.

7. Maria Sharapova thanks fans for support and vows to return to tennis—The Guardian

Top line: “Maria Sharapova has thanked her fans for their support and vowed return to tennis after testing positive at the Australian Open for the banned substance meldonium.
The Russian has been provisionally banned but her legal team have said they intend to seek a suspension of less than a year. The medication, which Sharapova said she had legally taken throughout her career, was placed on the banned list by the World Anti-Doping Agency at the beginning of the year following ‘evidence of its use by athletes with the intention of enhancing performance.'”

Top line: “What’s your first and last name? Your education and work experience? Do you have recommendations? And are you willing to be a suicide attacker or would you prefer to be a fighter for ISIS? Those were among the questions purportedly posed to would-be jihadis on what appears to be a kind of job application for the terror group.”

Top line: “Mr. Obama played the older, more experienced host to Mr. Trudeau’s fresh-faced newcomer during the visit, the first official one by a Canadian leader in 19 years, as the two announced that they were teaming up to reduce the release of methane, a chemical contained in natural gas.”

Top line: “‘The Immortal Life of Henrietta Lacks’ by Rebecca Skloot…’Frida: A Biography of Frida Kahlo’ by Hayden Herrera…’Indira: The Life of Indira Nehru Gandhi’ by Katherine Frank…’Pretty in Ink: North American Women Cartoonists 1896-2013′ by Trina Robbins…’Charlotte Brontë: A Fiery Heart’ by Claire Harman…’Marie Curie: A Life’ by Susan Quinn…’Florynce “Flo” Kennedy: The Life of a Black Feminist Radical’ by Sherie M. Randolph…’Catherine the Great: Portrait of a Woman’ by Robert K. Massie…’Zelda: A Biography’ by Nancy Milford…’Eleanor Roosevelt, Vol. 1: 1884-1933′ by Blanche Wiesen Cooke…’Warrior Poet: A Biography of Audre Lorde’ by Alexis De Veaux.”