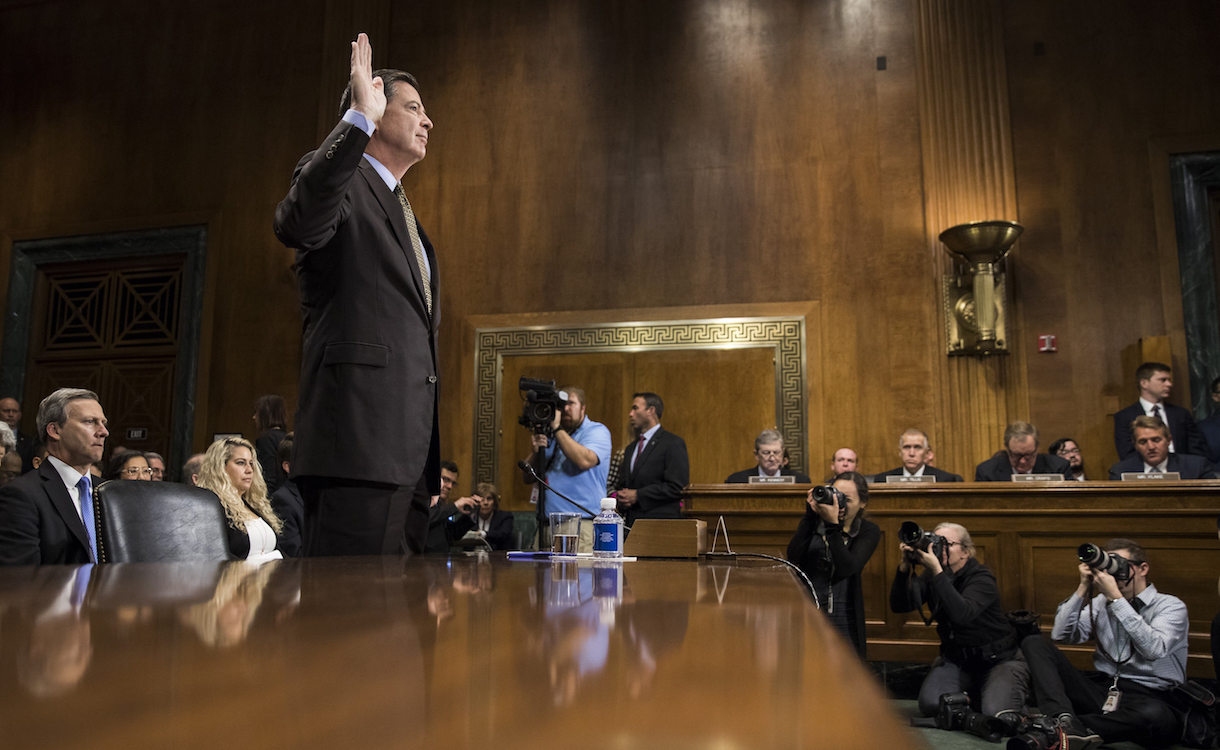 FBI Director James Comey (3rd L) gets sworn in before the Senate Judiciary Committee at the U.S. Capitol in Washington, United States on May 3, 2017. (Photo by Samuel Corum/Anadolu Agency/Getty Images)

House Republicans passed a revamped health care bill this week, voting to repeal and replace the Affordable Care Act (Obamacare) that has been in place for seven years. Also on Capitol Hill, FBI Director James Comey faced questions over the handling of the investigation into Hillary Clinton’s private email server and his decision to reopen the probe in the final stages of presidential campaigning.

In addition to his health care efforts, Trump focused on international affairs. He invited Philippines President Rodrigo Duterte to the White House during a phone call and spoke with Russian President Vladimir Putin to discuss their joint concerns over Syria and North Korea.

In Europe, Britain’s Prince Philip announced he will step down from his royal duties in the fall after 70 years, and French election campaigning reached a climax as the country heads to the polls for the final round of the presidential election Sunday.

Top line: “The House on Thursday narrowly approved legislation to repeal and replace major parts of the Affordable Care Act, as Republicans recovered from their earlier failures and moved a step closer to delivering on their promise to reshape American health care without mandated insurance coverage.”

Top line: “Testifying before the Senate Judiciary Committee, Comey said he believed revisiting the investigation just before the election — knowing it could affect the outcome — would be really bad, but that not to do so would be catastrophic for the agency’s independence. In retrospect, he said, he still believes he made the right choice.”

Top line: “Prince Philip, who is 95, will no longer carry out public engagements from the autumn of this year, Buckingham Palace has announced. The Palace said in a statement it was the The Duke of Edinburgh’s decision taken with the support of the Queen.” 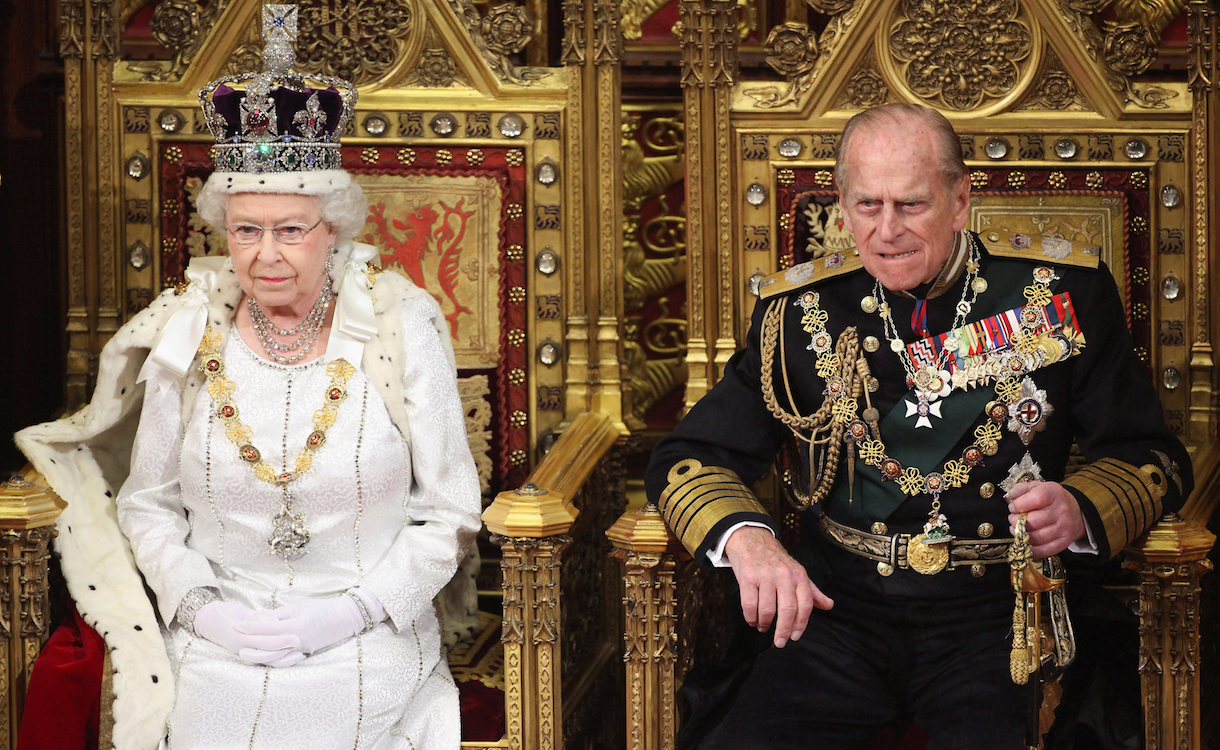 Britain’s Queen Elizabeth waits to read the Queen’s Speech to lawmakers in the House of Lords, next to Prince Philip, during the State Opening of Parliament in central London May 9, 2012. REUTERS/Oli Scarff/POOL/File Photo TPX IMAGES OF THE DAY 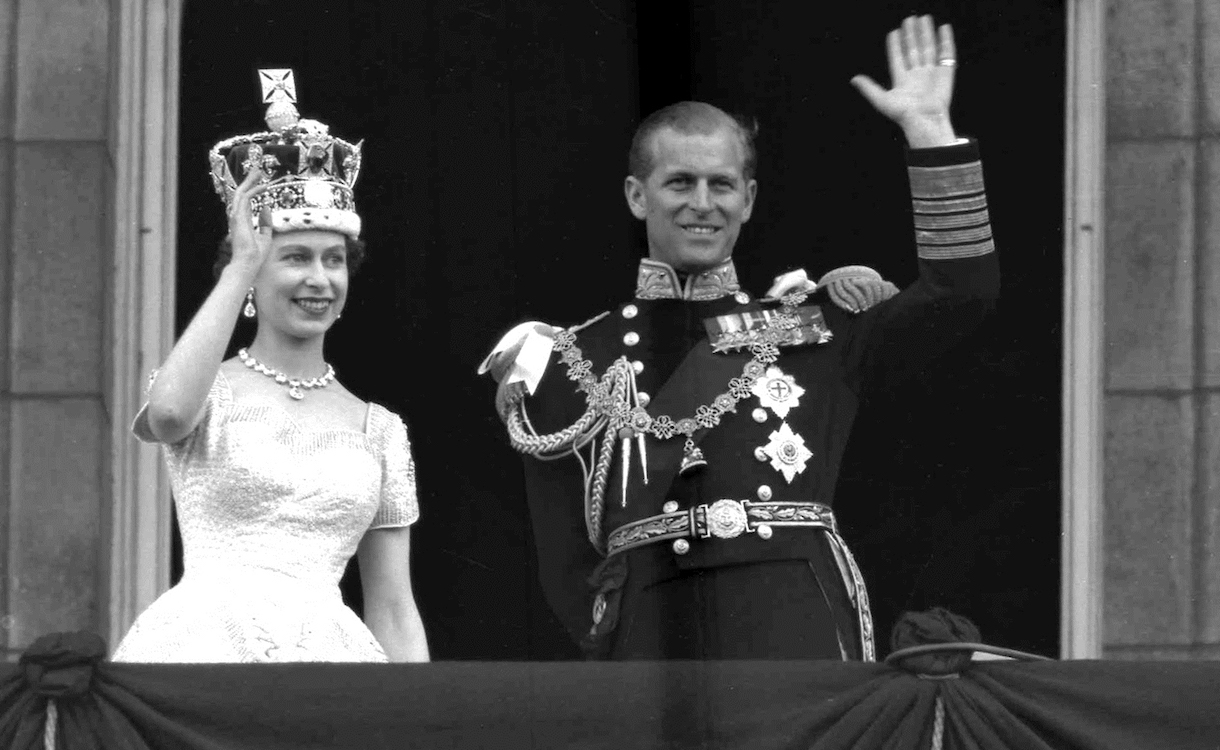 This is a June. 2, 1953 file photo of Britain’s Queen Elizabeth II and Prince Philip, Duke of Edinburgh, as they wave to supporters from the balcony at Buckingham Palace, following her coronation at Westminster Abbey. London. (AP Photo/Leslie Priest, File)

Top line: “President Donald Trump invited his polarizing Philippines counterpart to the White House during a phone call in which the two leaders discussed North Korea. Trump and President Rodrigo Duterte had a “friendly discussion” Saturday that also addressed regional security in Southeast Asia and the Philippines’ drug war, the White House said in a statement.”

Top line: “Donald Trump had a ‘very good’ conversation with Vladimir Putin, the Russian president, about a diplomatic resolution to the Syrian civil war, including the creation of safe zones, the White House said on Tuesday. The two leaders held their first known phone discussion since last month’s US missile strikes against a Syrian government airbase soured relations between Washington and Moscow.”

Top line: “Centrist French presidential candidate Emmanuel Macron extended his lead in the polls over his far-right rival Marine Le Pen on Friday, the final day of campaigning in a tumultuous election race that has turned the country’s politics upside down. Sunday’s election is seen as the most important in France for decades, with two diametrically opposed views of Europe and France’s place in the world at stake.”

Top line: “A white former South Carolina police officer pleaded guilty Tuesday to violating the civil rights of Walter Scott, the unarmed black motorist he shot dead in 2015. The state of South Carolina, as part of a plea deal, will not file new charges against Michael Slager, who was fired after cellphone footage of Scott’s killing in North Charleston went viral. Slager’s murder trial ended last December in a hung jury.”

Top line: “The Department of Justice said Wednesday that it will not bring federal charges against white police officers involved in the high-profile shooting of a black man last year in Baton Rouge, La., that had ignited protests around the country over the deaths of African Americans at the hands of police officers.”

Top line: “President Trump signed a $1.1 trillion spending bill on Friday, and used the opportunity to attach a signing statement that asserted presidential prerogatives on issues of war powers, marijuana and government spending.”