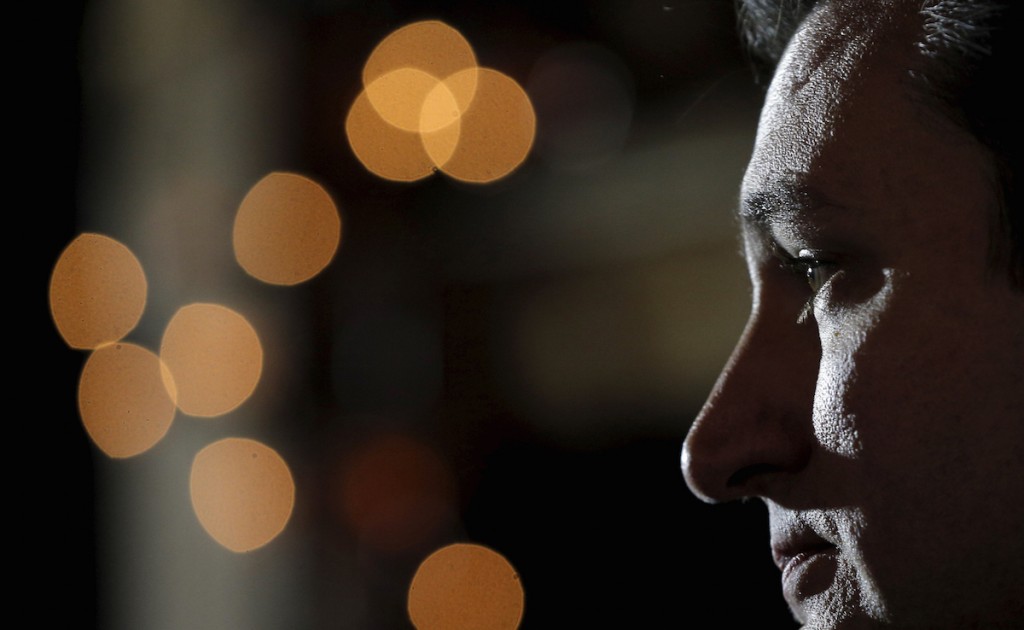 The impact of this week’s vote in Indiana was far reaching. Donald Trump became the presumptive Republican presidential nominee and Ted Cruz and John Kasich withdrew from the race. While Trump’s ascendance and the reaction to it dominated the news throughout the week, other major events took place including a massive fire in Canada, the London mayoral election that voted in the first Muslim mayor of a major western capital and the loss of U.S. Navy SEAL Charlie Keating IV in Iraq. Read more about these events, covered in this week’s Daily Edition, below.

Top line: “Donald J. Trump became the presumptive Republican presidential nominee on Tuesday with a landslide win in Indiana that drove his principal opponent, Senator Ted Cruz, from the race and cleared the way for the polarizing, populist outsider to take control of the party.”

Top line: “‘I’m just not ready to do that at this point. I’m not there right now,’ the Wisconsin Republican told CNN’s ‘The Lead with Jake Tapper’ in an interview. Ryan’s position makes him the highest-level GOP official to reject Trump since the real estate mogul became the last candidate standing in the party’s nominating contest. His move gives down-ballot Republicans cover to hold off on supporting Trump. It could also keep his agenda in the House from being overtaken by Trump’s policy positions.”

Top line: “An elite U.S. Navy SEAL was killed Tuesday in an attack by Islamic State fighters in northern Iraq, highlighting the evolving nature of the Pentagon’s mission in Iraq and how American troops are serving closer than ever to the front lines…Arizona Gov. Doug Ducey (R) identified the slain SEAL as Charlie Keating IV.”

Top line: “Australian entrepreneur Craig Wright has publicly identified himself as Bitcoin creator Satoshi Nakamoto. His admission follows years of speculation about who came up with the original ideas underlying the digital cash system.”

Top line: “The teachers have been protesting decrepit conditions at Detroit schools — and the city’s inability to fix things — for months, including with occasional sickouts. The current actions may represent the most sustained effort, spurred by warnings from the state-appointed emergency manager, Steven Rhodes, who said Michigan’s latest allocation of stopgap funding may run out by the end of June. Union officials say that because of the district’s pay lag, teachers wouldn’t be compensated for work done from April 28 onward. They compared it to a lockout.”

Top line: “The Food and Drug Administration finalized rules extending its oversight of the multibillion-dollar e-cigarette industry, whose products are seen as an alternative to traditional smokes but whose own ingredients and long-term health risks remain murky. Under the new rules, which go into effect in about three months, e-cigarette sales would be prohibited to anyone under 18, either in person or online. Vending-machine sales, except in adult-only establishments, and the distribution of free samples would be banned.”

Top line: “Sadiq Khan has been elected mayor of London, reclaiming the post for Labour after eight years of Conservative rule and becoming the first Muslim mayor of a major western capital…The 45-year-old son of a Pakistani bus driver beat Zac Goldsmith at the end of a sometimes bitter campaign during which the Conservatives accused Khan of being ‘dangerous’ and ‘pandering to extremists.’ Labour complained that Goldsmith’s campaign was Islamophobic.”

Top line: “Five Seattle police officers were injured and at least nine people arrested on Sunday night, after unruly demonstrators hurled projectiles and Molotov cocktails and broke windows, authorities said. Protesters gather every year on May 1 to focus attention on labor and immigration issues, but demonstrators in cities across the United States also used the occasion to rally against police violence.”