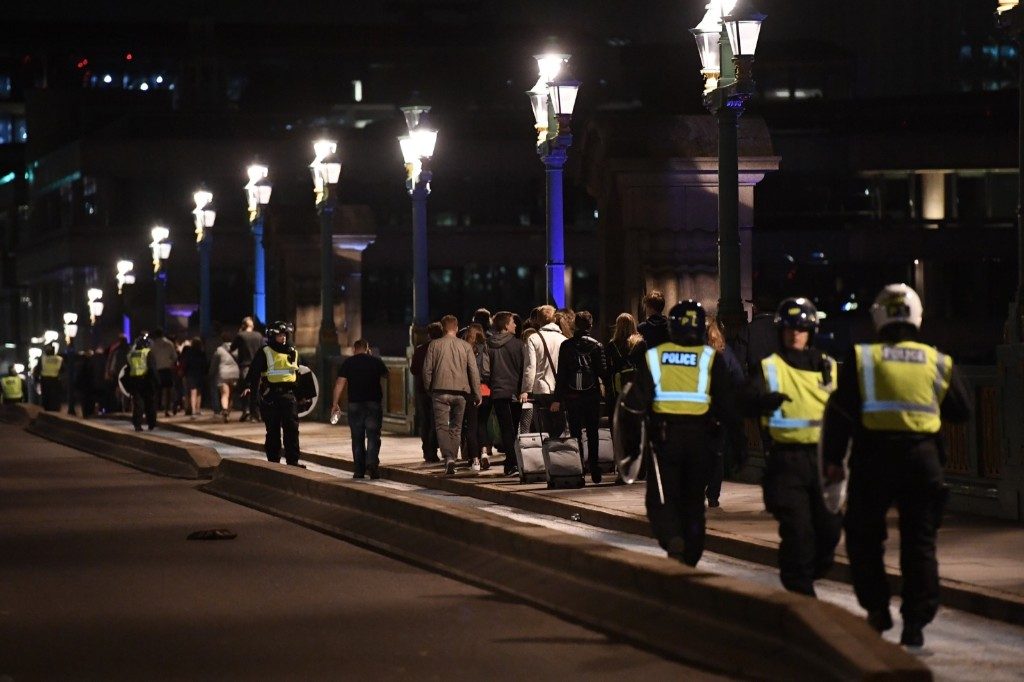 People are lead to safety on Southwark Bridge away from London Bridge. Carl Court/Getty Images

This week ended with tragic terrorism in London, which left seven dead and many more injured. The van and knife incidents were followed by the arrest of 12 people and strong words from U.K. Prime Minister Theresa May. Before the latest sweep of terror, the week in the U.S. was largely dominated by President Donald Trump‘s decision to withdraw from the Paris climate deal. The decision, which Trump said would help the American economy, was met with swift and biting criticism from leaders in the U.S. and abroad.

Read more about these events and the other biggest news stories of the week, as they appeared in The Daily Edition.

Top line: “President Trump announced Thursday afternoon that he is withdrawing the United States from the landmark Paris climate agreement, an extraordinary move that dismayed America’s allies and set back the global effort to address the warming planet.” 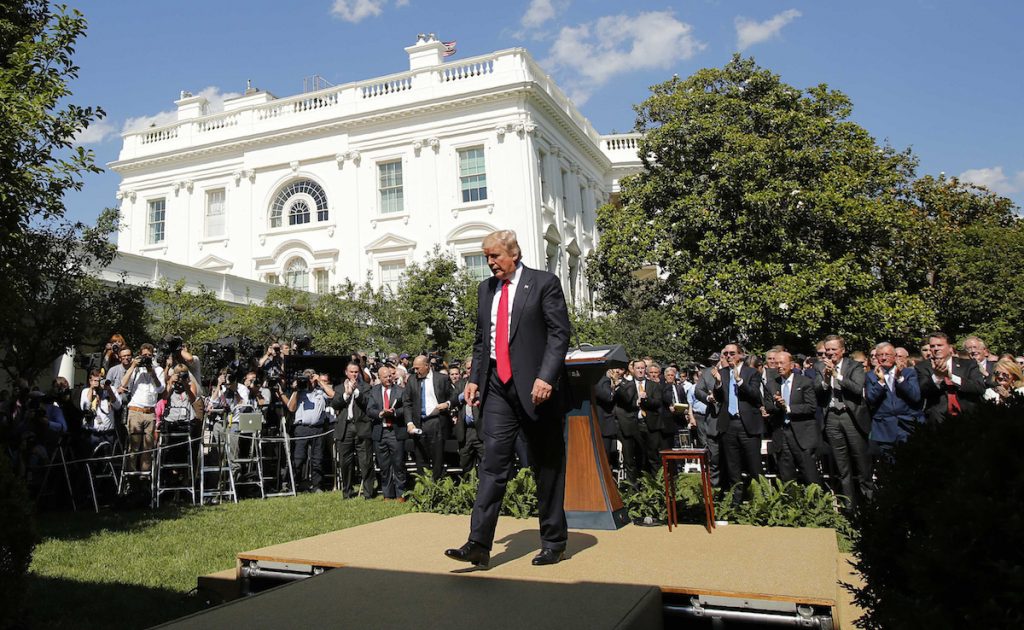 U.S. President Donald Trump departs after announcing his decision that the United States will withdraw from the landmark Paris Climate Agreement, in the Rose Garden of the White House in Washington, U.S., June 1, 2017. REUTERS/Kevin Lamarque

Top line: “Video showed [Jeremy Joseph] Christian swinging his arm and — in one motion — opening the knife and stabbing Fletcher in the neck. Christian next stabbed Namkai-Meche twice in the neck, the affidavit stated.

Ricky John Best, 53, of Happy Valley moved forward to intervene and was stabbed in the neck. Christian pushed Best into Namkai-Meche, who was seated trying to stop the bleeding from his wound. He then stabbed both men again, according to the affidavit.” 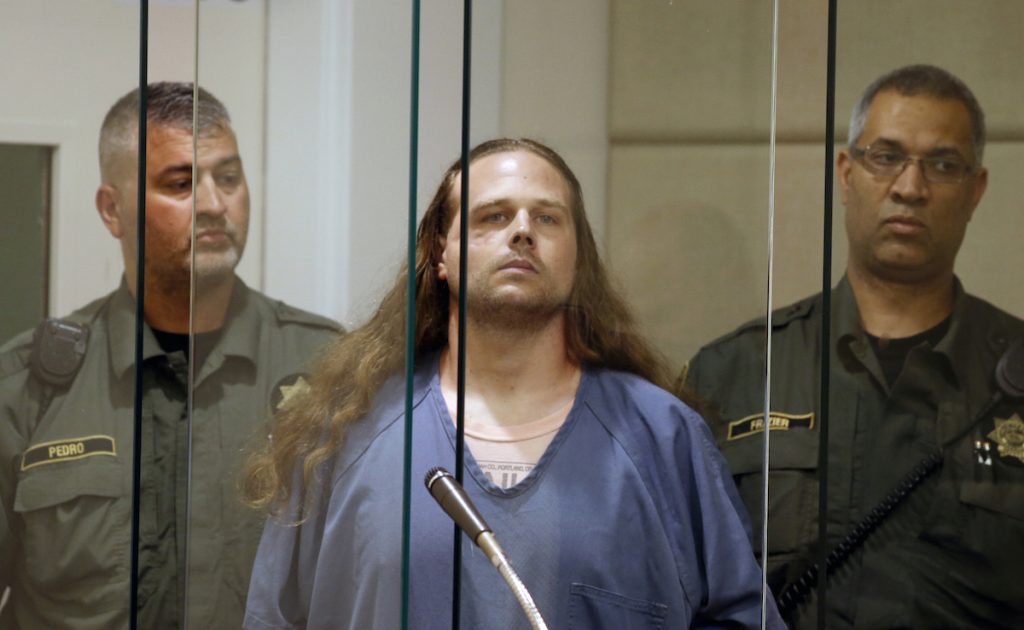 Top line: “A massive explosion in a highly secure diplomatic area of Kabul has killed at least 90 people and wounded more than 461, Afghan officials have said.

The attack is the deadliest in the Afghan capital since an Isis suicide bomber killed nearly 100 people at a protest last summer, and one of the largest to hit Kabul since the 2001 intervention. Most of the casualties are expected to be civilians.”

Top line: “Trump administration lawyers have asked the Supreme Court to decide a major constitutional question on the president’s power to ban foreign travelers, but their late Thursday appeal came with a puzzling request.

In a 356-page appeal petition, the lawyers asked the justices to review this fall a lower court’s ruling that President Trump’s order banning some travelers from six majority-Muslim countries reflects unconstitutional discrimination on religious grounds. The president has “broad authority to suspend” the entry of foreigners, they said…

Legal experts have been quick to point out an obvious problem. If the justices agree later this month to hear the case in the fall, and they allow Trump’s order to take effect, the 90-day ‘pause’ would run out before October, when arguments could be scheduled. The case would be moot before it could be heard.”

Top line: “ISIS has claimed responsibility for an attack Friday at a casino in the Philippine capital that left 37 people dead; however, police continue to deny what happened was terror-related…

ISIS claimed that ‘Islamic State fighters carried out’ the attack in a statement Friday by its Amaq News Agency. A follow-up statement from the group’s east Asia division referred to only one attacker — whom it named as Abou al-Kheir al-Arkhebieli — and boasted about the number of “Christians killed or wounded” before he ‘took his life.’

But police said there was ‘no truth’ to the assertion.

Top line: “President Donald Trump signed a temporary order on Thursday to keep the U.S. embassy in Israel in Tel Aviv instead of relocating it to Jerusalem, despite his campaign pledge to go ahead with the controversial move.

After months of fierce debate within his administration, Trump chose to continue his predecessors’ policy of signing a six-month waiver overriding a 1995 law requiring that the embassy be transferred to Jerusalem, an action that would have complicated his efforts to restart Israeli-Palestinian peace talks.

The White House insisted, however, that the decision, which is sure to disappoint Israel’s U.S. supporters, did not mean Trump was abandoning the goal of eventually shifting the embassy to Jerusalem. But a U.S. official said no timetable has been set.”

Top line: “The special counsel investigating possible ties between President Donald Trump’s campaign and Russia’s government has taken over a separate criminal probe involving former Trump campaign chairman Paul Manafort, and may expand his inquiry to investigate the roles of the attorney general and deputy attorney general in the firing of FBI Director James Comey, The Associated Press has learned.”

Top line: “Angela Merkel’s weekend speech stating that Europe could no longer ‘fully count on others’ was a sign of the widening cracks in the relationship between Germany and the U.S. — an alliance that has defined the post-World War II global order, experts and analysts said.”

~GabyS is getting ready for WWDC this week