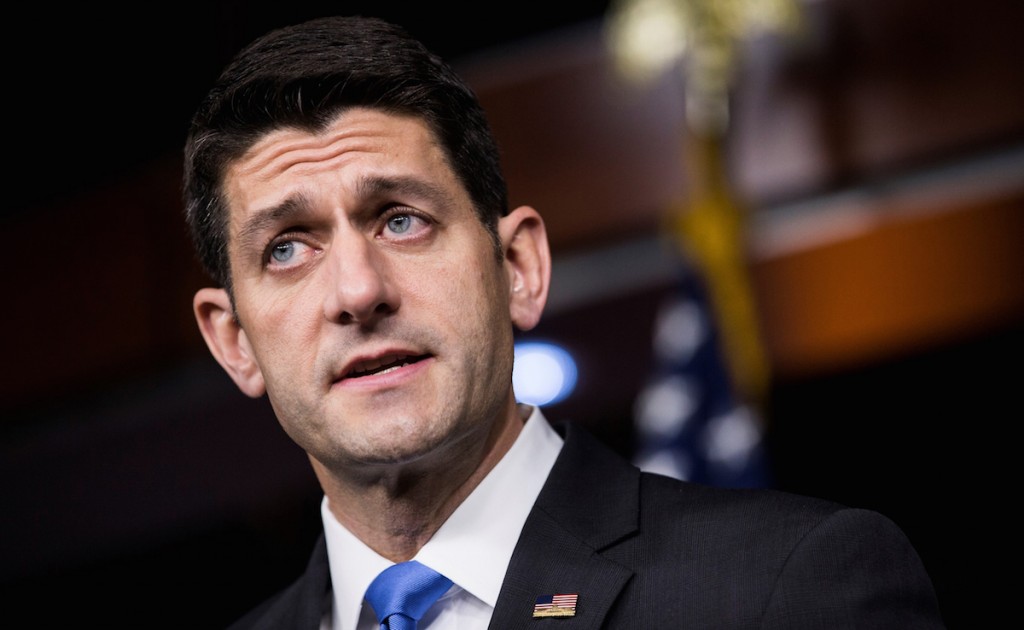 Paul Ryan answers questions about his first meeting with Donald Trump at the U.S. Capitol in Washington on May 12, 2016. (Photo by Samuel Corum/Anadolu Agency/Getty Images)

Unification of the Republican Party began in earnest this week when presumptive Republican presidential nominee Donald Trump traveled to Washington to meet with House Speaker Paul Ryan and other elected officials. You’ll find a full recap of Trump’s “bizarre day” in Washington below, as well as some of the other biggest stories of the week, including the nationwide debate over North Carolina’s “bathroom law,” the suspension of Brazil’s president and the deadly terror attacks in Baghdad.

Top line: “Trump, who built a campaign on lambasting Republican elites, Thursday came to the citadel of the political establishment — Capitol Hill — for a summit with House Speaker Paul Ryan and other party leaders designed to halt the GOP’s self-immolation…It was a day…that was about Republicans beginning to build a ‘tent big enough for the circus that you have seen roll into town.'”

Top line: “The Obama administration on Friday directed schools across the nation to provide transgender students with access to suitable facilities — including bathrooms and locker rooms — that match their chosen gender identity…The action was taken just days after the Justice Department and the state of North Carolina filed dueling lawsuits over a new law requiring individuals in that state to use bathrooms based on their birth gender.”

Top line: “After an all-night debate, Brazil’s Senate voted Thursday morning to suspend President Dilma Rousseff and begin an impeachment trial against her, ousting a deeply unpopular leader whose sagging political fortunes have come to embody widespread public anger over systemic corruption and a battered economy.”

Top line: “Sanders defeated Hillary Clinton in a state she won in 2008, notching another victory to keep him on a path to the nomination. But even that, by Sanders’ own admission, will be a narrow country road to navigate.”

Top line: “A series of Islamic State bombings on Wednesday killed at least 88 people in Baghdad, marking one of the deadliest days of insurgent violence in Iraq’s capital in years and exposing the government’s failure to uproot extremists.”

Top line: “The Philippine politician Rodrigo Duterte, who has an unbeatable lead in unofficial tallies in the country’s presidential race, will push to rewrite the constitution and change to a federal system of government, his spokesman has said…Duterte, 71, had promised during a foul-mouthed campaign to change from a centralised system to a federal parliamentary form of government, a policy that has been popular in provinces far from Manila.”

Top line: “With his decision to speak beneath that famous dome, Mr. Obama is taking a step 11 of his predecessors avoided. Merely by showing up in Hiroshima, he will have no choice but to navigate a minefield of conflicting memory, in Japan and in the United States.”

Top line: “A large tornado injured 10 people and damaged homes and businesses as it roared through western Kentucky on Tuesday, part of a severe spring storm that spun off more twisters and dropped hail across the state.”

~GabyS is reading Real Estate of the Stars