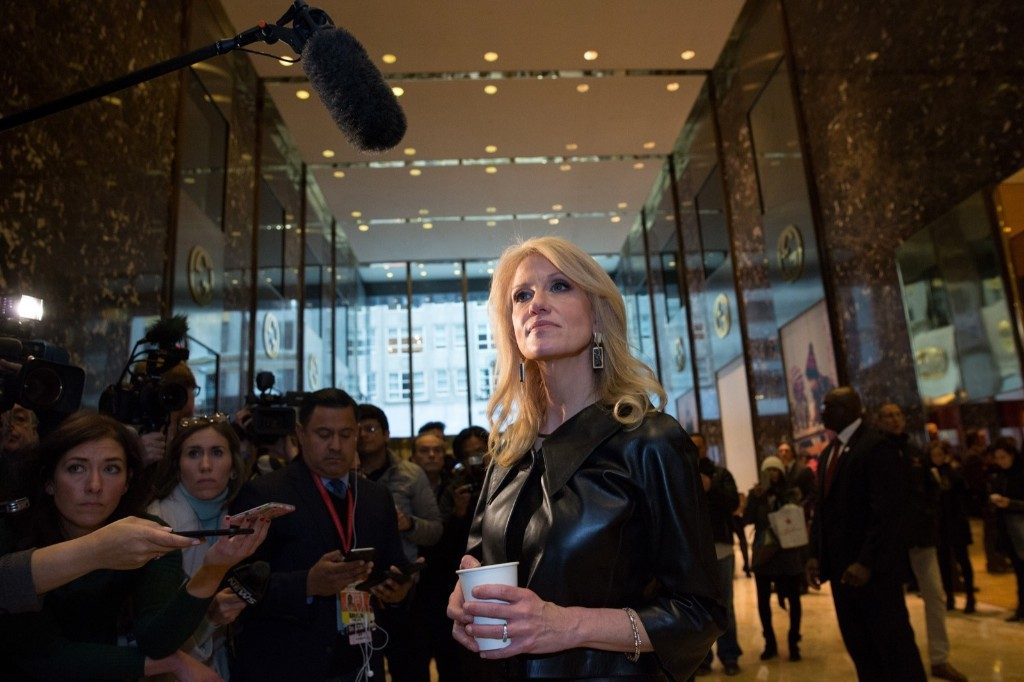 President-elect Donald Trump’s transition remained in the news throughout the past week. He made his picks for UN ambassador and education secretary, while Republicans remained divided over his picks for secretary of state. The world reacted to the death of Cuba’s Fidel Castro and a Tennessee school bus crash left six children dead. Read more about these stories and the other biggest news of the week, as they appeared in this week’s Daily Edition.

Top line: “President-elect Donald Trump has picked South Carolina Gov. Nikki Haley to be the US ambassador to the United Nations, the transition team announced Wednesday.

Haley, who is the daughter of Indian immigrants, has already carved out a legacy for herself, serving as her home state’s first female and first minority governor.”

Top line: “President-elect Donald Trump tapped Betsy DeVos, a top Republican donor and school choice activist, to head the Department of Education, the Trump transition team announced Wednesday…But Trump is also already drawing fire from both sides of the political spectrum for his pick. The largest teacher’s union in the country slammed DeVos within an hour of the announcement for her advocacy of charter schools and school voucher programs, while conservatives quickly pointed out DeVos’ association with groups supporting the Common Core education standards, which Trump has vowed to nix.”

Top line: “Rival factions of Republicans are locked in an increasingly caustic and public battle to influence President-elect Donald J. Trump’s choice for secretary of state, leaving a prominent hole in an otherwise quickly formed national security team that is unlikely to be filled until next week at the earliest.

The debate inside Mr. Trump’s wide circle of formal and informal advisers — pitting supporters of one leading contender, Mitt Romney, against those of another, Rudolph W. Giuliani — has led to the kind of dramatic airing of differences that characterized Mr. Trump’s unconventional and often squabbling campaign team.”

Top line: “MAGGIE HABERMAN, political reporter: I’ll start, thank you, Dean. Mr. President, I’d like to thank you for being here. This morning, Kellyanne Conway talked about not prosecuting Hillary Clinton. We were hoping you could talk about exactly what that means — does that mean just the emails, or the emails and the foundation, and how you came to that decision.

She went through a lot. And suffered greatly in many different ways. And I am not looking to hurt them at all. The campaign was vicious. They say it was the most vicious primary and the most vicious campaign. I guess, added together, it was definitely the most vicious; probably, I assume you sold a lot of newspapers.

I’m really looking … I think we have to get the focus of the country into looking forward.”

Top line: “Fidel Castro, the fiery apostle of revolution who brought the Cold War to the Western Hemisphere in 1959 and then defied the United States for nearly half a century as Cuba’s maximum leader, bedeviling 11 American presidents and briefly pushing the world to the brink of nuclear war, died on Friday. He was 90.” 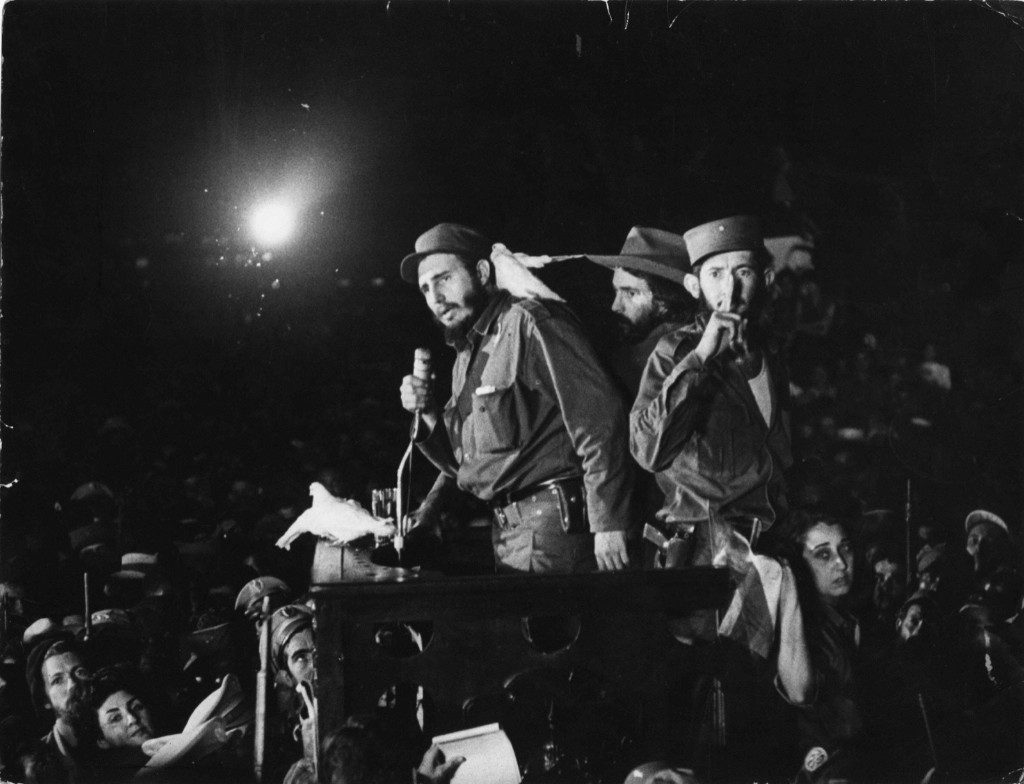 Top line: “A sixth child has died after a school bus crashed this week in Chattanooga, Tennessee, authorities said Wednesday night in a case in which the driver is charged with vehicular homicide.

The driver, Johnthony Walker, 24, deviated from his designated route before the bus swerved off the road Monday afternoon, investigators said Wednesday. Walker is also charged with reckless endangerment and reckless driving after his bus smashed into a mailbox, a utility pole and a tree on Talley Road.”

Top line: “Police have detained 23 people on suspicion of arson in connection with wildfires that swept across central and northern Israel this week, said police spokeswoman Luba Samri.

Firefighters have dealt with more than 250 large fires since last weekend, according to Yoram Levi, spokesman for Israel’s Fire and Rescue Services.

Ran Sheluf, head of the investigation unit of the Israel fire and rescue services, said the total number of fires reported to authorities was over 1,500 fires.”

Top line: “Hillary Clinton’s presidential campaign said Saturday that it will participate in a recount of the votes cast in Wisconsin’s election.

The news comes after Jill Stein, the Green Party candidate for president, initiated a recount there and pledged to pursue additional ones in Pennsylvania and Michigan. President-elect Donald Trump denounced the recount as ‘a scam by the Green Party for an election that has already been conceded.'”

Top line: “The San Antonio detective and officers shot in Missouri and Florida were conducting routine tasks Sunday when they became the targets of violence. The detective was writing a traffic ticket when he was shot to death in his squad car Sunday morning outside police headquarters.”

Top line: “An extreme rightwing terrorist has been sentenced to prison for the rest of his life for the murder of the Labour MP Jo Cox after a seven-day Old Bailey trial in which he made no effort to defend himself.

Thomas Mair repeatedly shot and stabbed Cox in an attack during the EU referendum campaign in June. While attacking her he was saying: ‘This is for Britain’, ‘keep Britain independent’, and ‘Britain first’, the court heard.”

Top line: “Pope Francis on Monday extended indefinitely to all Roman Catholic priests the power to forgive abortion, a right previously reserved for bishops or special confessors in most parts of the world.

Francis, who has made a more inclusive and forgiving Roman Catholic Church a characteristic of his papacy, made the announcement in a document known as an ‘apostolic letter’ after Sunday’s close of the Church’s ‘Holy Year of Mercy.'”

Top line: “Although her best-known role as the cheerful matriarch of The Brady Bunch only ran for five seasons, it lived on in syndication for decades, cementing Henderson’s status as one of TV’s most beloved moms…Premiering in 1969, it also was among the first shows to introduce to television the blended family. As its theme song reminded viewers each week, Henderson’s Carol was a single mother raising three daughters when she met her TV husband, Robert Reed’s Mike Brady, a single father who was raising three boys. The eight of them became The Brady Bunch with a quirky housekeeper, played by Ann B. Davis, thrown into the mix.”