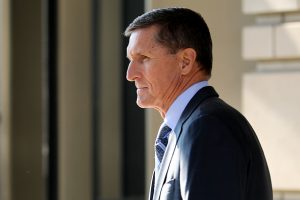 In a massive development in the Russia probe this week, President Trump’s former national security adviser, Michael Flynn pleaded guilty to lying to the FBI.

The unceasing friction between the U.S. and North Korea amplified as the regime tested Hwasong-15, a new intercontinental ballistic missile, which experts say is capable of hitting all of U.S. mainland.

On the political front, the Senate began debate on the tax bill, a judge ruled in favor of Mick Mulvaney, President Donald Trump’s pick to head the Consumer Financial Protection Bureau and Rex Tillerson’s future in the Trump Administration was questioned.

Matt Lauer, the longtime anchor of NBC’s flagship “Today,” was fired following allegations of sexual misconduct. Across the pond, they’re getting primed for another royal wedding after engagement announcement from Prince Harry and Meghan Markle.

Top line: “Former U.S. national security adviser Michael Flynn pleaded guilty on Friday to lying to the FBI about contacts with Russia and agreed to cooperate with prosecutors delving deeper into the actions of President Donald Trump’s inner circle before he took office in January. The dramatic turn of events also raised more questions about the actions of Trump’s son-in-law, Jared Kushner. Flynn admitted to lying about asking the Russian ambassador to help delay a U.N. vote seen as damaging to Israel and Kushner, according to sources, was identified as the “very senior official” who told Flynn to contact Russia and other countries to try to influence their votes.” 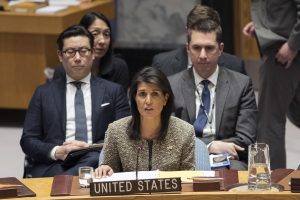 Top line: “North Korea claims to have successfully tested a new type of intercontinental ballistic missile, topped with a “super-large heavy warhead,” which is capable of striking the US mainland. The country’s state media made the announcement Wednesday, hours after leader Kim Jong Un ordered the 3 a.m. launch of the Hwasong-15 missile, which reached the highest altitude ever recorded by a North Korean missile.State news agency KCNA called its so-called new missile “the most powerful ICBM” and said it “meets the goal of the completion of the rocket weaponry system development. After the launch, Kim said North Korea had “finally realized the great historic cause of completing the state nuclear force,” according to KCNA. US Defense Secretary James Mattis said earlier the missile launched demonstrated North Korea had the ability to hit “everywhere in the world.”’ 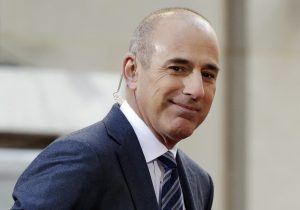 3. Matt Lauer scandal: There may be as many as 8 victims, Lauer breaks his silence – USA Today, Erin Jensen

Top line: “One day after Matt Lauer was fired for inappropriate sexual behavior at work, additional details are emerging about the the former NBC host’s conduct. Lauer, 59, who co-anchored Today for more than 20 years, has also broken his silence and released a statement Wednesday. “There are no words to express my sorrow and regret for the pain I have caused others by words and actions,” Lauer said in his statement. “To the people I have hurt, I am truly sorry. As I am writing this I realize the depth of the damage and disappointment I have left behind at home and at NBC. Regarding the allegations themselves, Lauer said, “Some of what is being said about me is untrue or mischaracterized, but there is enough truth in these stories to make me feel embarrassed and ashamed. I regret that my shame is now shared by the people I cherish dearly.”’

Top line: “Republicans used a burst of eleventh-hour horse-trading Friday to edge a $1.4 trillion tax bill to the brink of Senate passage, as a party starved all year for a major legislative triumph took a giant step toward giving President Donald Trump one of his top priorities by Christmas.“We have the votes,” Senate Majority Leader Mitch McConnell, R-Ky., declared after leaders swayed holdout senators by agreeing to fatten tax breaks for millions of businesses and let people deduct local property taxes.”’

Top line: “President Trump tweeted on Friday that reports he would soon fire Secretary of State Rex W. Tillerson were “fake news,” and that “I call the final shots.” The tweet came just hours after Mr. Tillerson called reports that the White House wants him to resign “laughable,” even as one of his closest aides planned to leave the department. In his tweet, Mr. Trump wrote, “He’s not leaving and while we disagree on certain subjects, (I call the final shots) we work well together and America is highly respected again!”’ 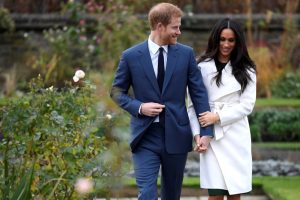 Top line: “Prince Harry says he is “thrilled” after announcing he is to marry US actress girlfriend Meghan Markle. The fifth in line to the throne will marry Ms Markle in spring 2018. The couple, who have been dating since the summer of 2016, smiled as they posed for photographs outside Kensington Palace in London, where they will live. Prince Harry said it had been a romantic proposal, while Ms Markle said she was “so very happy, thank you.” Asked by a reporter when he knew Suits star Ms Markle “was the one”, Prince Harry said: “The very first time we met.”’

Top line: “A federal judge declined Tuesday to force out Mick Mulvaney, President Donald Trump’s choice to serve as acting director of the Consumer Financial Protection Bureau. The ruling was a loss for Leandra English, the bureau’s deputy director who believes she became the acting director when Richard Cordray, who had run the agency since 2012, stepped down last Friday. Federal District Judge Timothy Kelly — who was nominated to his position by Trump in June — ruled Tuesday that, while the deputy normally does slide into the director’s office when there’s a vacancy, the president retains the option to choose someone else.”

Top line: “House Democratic leaders called on Rep. John Conyers Jr. (D-Mich.) to resign Thursday, increasing pressure on the veteran lawmaker to leave office amid multiple allegations that he sexually harassed female aides. House Minority Leader Nancy Pelosi (D-Calif.) and her three deputies, including the House’s highest-ranking African American, Rep. James E. Clyburn (S.C.), said Conyers must step down, after one of his accusers detailed her experience on national television. “Zero tolerance means consequences for everyone,” Pelosi said at a news conference. “No matter how great the legacy, it is no license to harass or discriminate. In fact, it makes it even more disappointing.”’

Top line: “British Home Secretary Amber Rudd told MPs that President Trump was “wrong” to retweet videos from far-right group Britain First. And, in response to a suggestion from MP Peter Bone that Trump should delete his Twitter account, she responded, “I’m sure many of us might share his view.” London Mayor Sadiq Khan issued a statement this morning calling on Prime Minister Theresa May to cancel Trump’s planned state visit, calling Trump’s retweets “a betrayal of the special relationship between our two countries.”’

Top line: “Bitcoin has been on a volatile roller coaster this past week. The cryptocurrency hit an all-time high of $11,395 on Nov. 29 before losing over one-fifth of its value, dropping as low as $9,000 at one point on Nov. 30. Despite the drop, bitcoin is still up over 900 percent year-to-date, meaning the value of one bitcoin is now more than 900 times its purchase amount.”