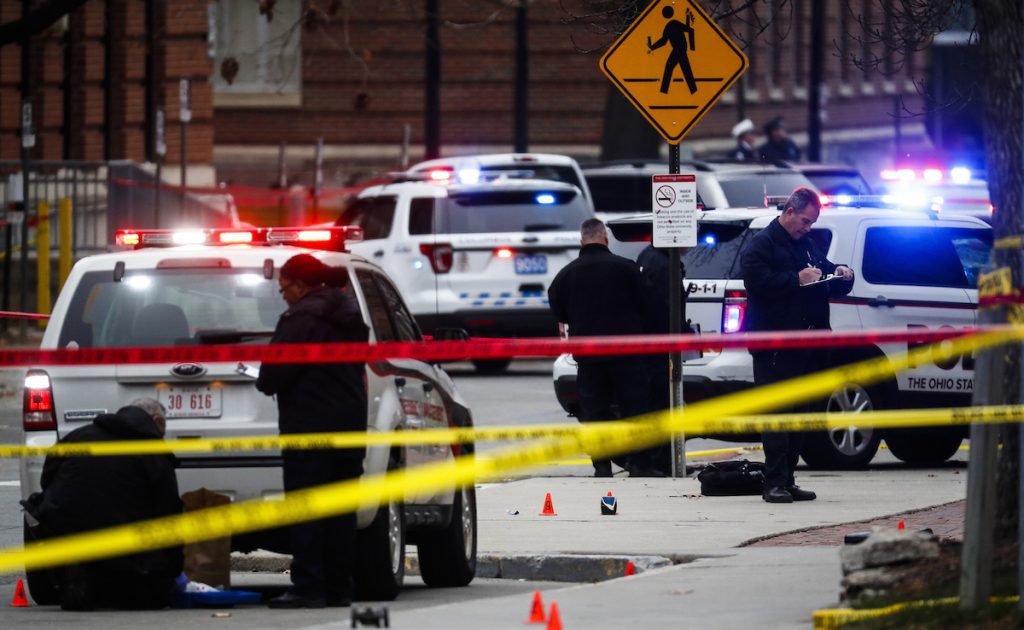 While President-election Donald Trump announced cabinet picks for defense, treasury, transportation and HHS, other events throughout the U.S. and world made news. A suspect was identified after the ambush at Ohio State University sent 11 people to the hospital, at least 71 lost their lives in a plane crash near Medellin, Colombia and Colombia’s Congress reached a peace accord with the Farc rebel group. The death toll from the Tennessee wildfire continued to rise throughout the week and many are feared dead from an Oakland warehouse fire.

Read more about these stories and the other biggest news stories of the week, as they appeared in The Daily Edition.

Top line: “An Ohio State University student posted a rant shortly before he plowed a car into a campus crowd and stabbed people with a butcher knife in an ambush that ended when a police officer shot him dead, a law enforcement official said…Officials cautioned that they have not determined a motive for the ambush, which sent 11 people to the hospital Monday morning. A senior law enforcement official told NBC News that investigators are trying to determine whether Artan had personal problems or something else that might have pushed him over the edge.”

Top line: “The pilot of LAMIA Flight 2933, which crashed near Medellin, Colombia, said, ‘The plane is in total electric failure and without fuel,’ according to two sources familiar with the investigation who heard audio recordings of conversations between the flight crew and air traffic control…

The crash killed at least 71 people during a charter flight to Medellin, including members of the Brazilian Chapecoense soccer squad on its way to the Copa Sudamericana finals. Three players, two crew members and one journalist survived, Colombian authorities said.” 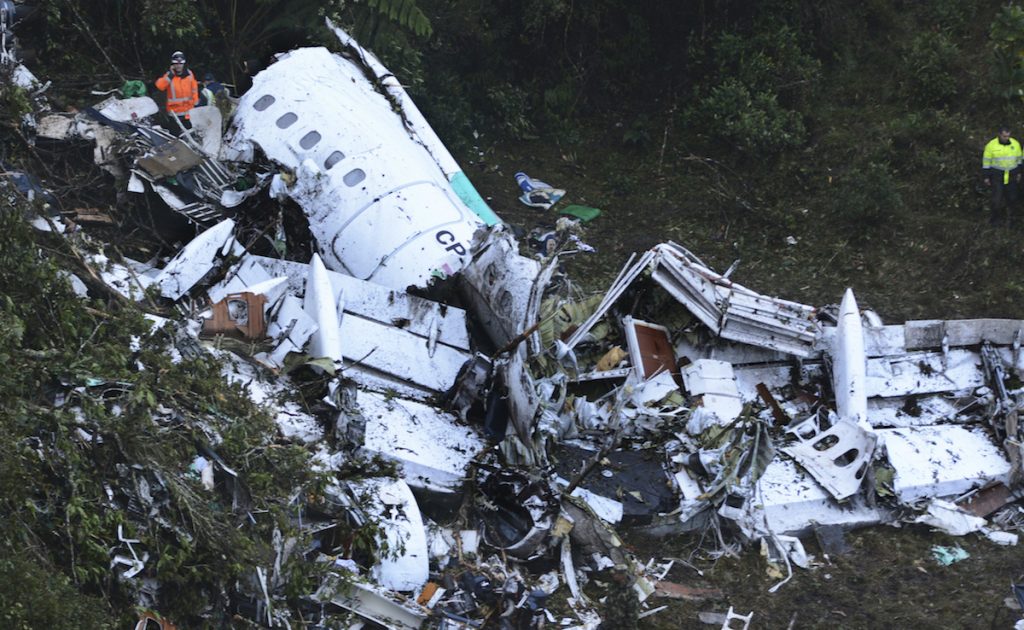 Rescue workers stand at the wreckage site of a chartered airplane that crashed in a mountainous area outside Medellin, Colombia, Tuesday, Nov. 29, 2016. AP Photo/Luis Benavides

3. Carrier says it has struck a deal with Trump to keep nearly 1,000 jobs in Indiana—CNNMoney, Danielle Wiener-Bronner and Chris Isidore

Top line: “President-elect Donald Trump and Carrier have reached a deal that will keep nearly 1,000 factory jobs in Indiana, the company said on Tuesday.”

Top line: “Colombia’s Congress has approved a revised peace accord to end the 50-year conflict between the government and the Farc rebel group…The deal aims to end an armed conflict that has killed more than 260,000 people over five decades.”

Top line: “President-elect Donald J. Trump said on Thursday he had chosen James N. Mattis, a hard-charging retired general who led a Marine division to Baghdad during the 2003 invasion of Iraq, to serve as his secretary of defense.”

Top line: “Steven Mnuchin, a financier with deep roots on Wall Street and in Hollywood but no government experience, is expected to be named Donald J. Trump’s Treasury secretary…Mr. Mnuchin, 53, was the national finance chairman for Mr. Trump’s campaign, and his selection would elevate a wealthy loyalist to a pivotal economic post. He began his career at Goldman Sachs, where he became a partner, before creating his own hedge fund, moving to the West Coast and entering the first rank of movie financiers by bankrolling hits like the ‘X-Men’ franchise and ‘Avatar.'”

Top line: “President-elect Donald Trump has chosen Elaine Chao, the former labor secretary and wife of Senate Majority Leader Mitch McConnell, to be his choice for transportation secretary…Chao served as secretary of labor under President George W. Bush from 2001 through 2009 — the longest tenure in the position since World War II — and has been married to McConnell since 1993. She was the first Asian-American woman to serve in a Cabinet position.” 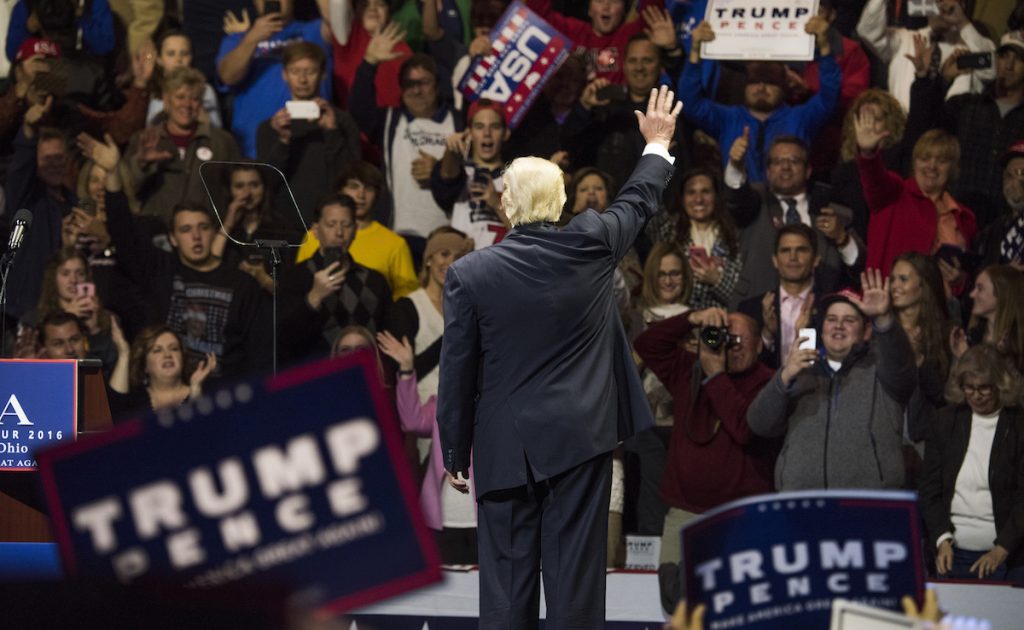 Top line: “The death toll climbed to 13 Friday as local, state and federal officials fended off criticism of their handling of a massive wildfire that stormed through this resort town and surrounding Sevier County communities earlier this week.” 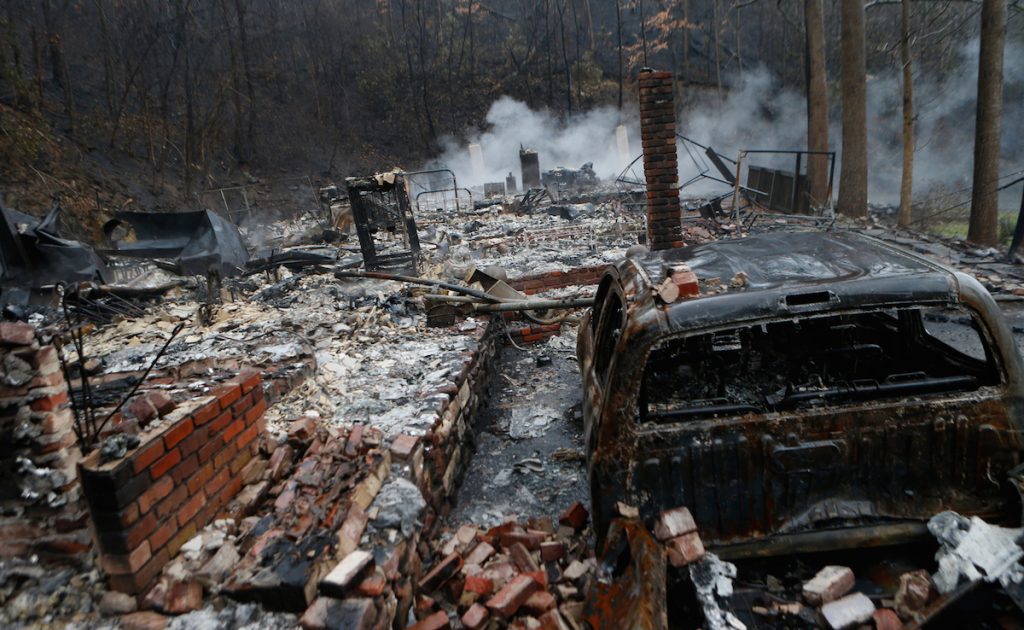 The remains of a home smolder in the wake of a wildfire November 30, 2016 in Gatlinburg, Tennessee. Brian Blanco/Getty Images

Top line: “They talked for more than two hours, they laughed, they munched on carefully prepared frog legs, and afterward, Mitt Romney, once one of Donald Trump’s harshest critics, emerged a changed man.

‘I had a wonderful evening with President-elect Trump,’ the former Massachusetts governor declared to the press after a final course of chocolate cake. ‘We had another discussion about affairs throughout the world, and these discussions I’ve had with him have been enlightening, and interesting and engaging.’

…with Trump assembling his Cabinet, Romney has improbably found himself on a short list of candidates to serve as secretary of state.” 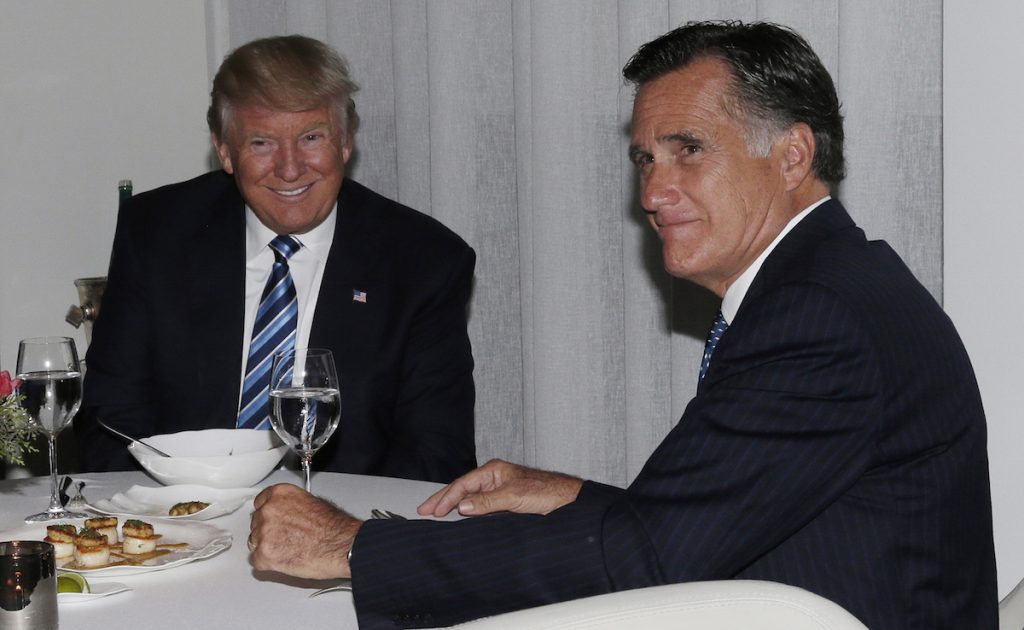 8. ‘People either made it out, or they didn’t’: Oakland officials fear dozens are dead in fire—The Washington Post, Tim Bontemps, Kristine Guerra and Ana Swanson

Top line: “California officials fear dozens may have died in a massive fire that swept through an Oakland warehouse where a concert was taking place Friday night…

The fire broke out during a party featuring musician Golden Donna’s 100% Silk West Coast Tour. Oakland Fire Chief Teresa Deloach-Reed told The Washington Post that more than 50 people were inside the building, a warehouse known as the Oakland Ghost Ship that served as a venue for artist exhibits and parties.

Authorities said it wasn’t clear whether electrical issues, pyrotechnics, or errant candles or cigarettes had started the fire, and that an arson investigation would also be underway. Fire officials said the building did not have sprinklers.”

Top line: “Supporters of Green Party presidential candidate Jill Stein on Saturday withdrew a last-ditch lawsuit in Pennsylvania state court aimed at forcing a statewide ballot recount, another major setback in the effort to verify the votes in three states that provided President-elect Donald Trump his margin of victory.”

Top line: “Whether the U.S. president-elect meant to jump into the generational fight between China and Taiwan remains an open question. But by speaking to Taiwanese President Tsai Ing-wen, Trump upended four decades of American foreign policy and engaged China directly on the issue of Taiwan, which Beijing has threatened to reclaim by force if necessary. No American president or president-elect has publicly spoken to Taiwan’s leader since the U.S. ended their formal diplomatic relationship in 1979.”