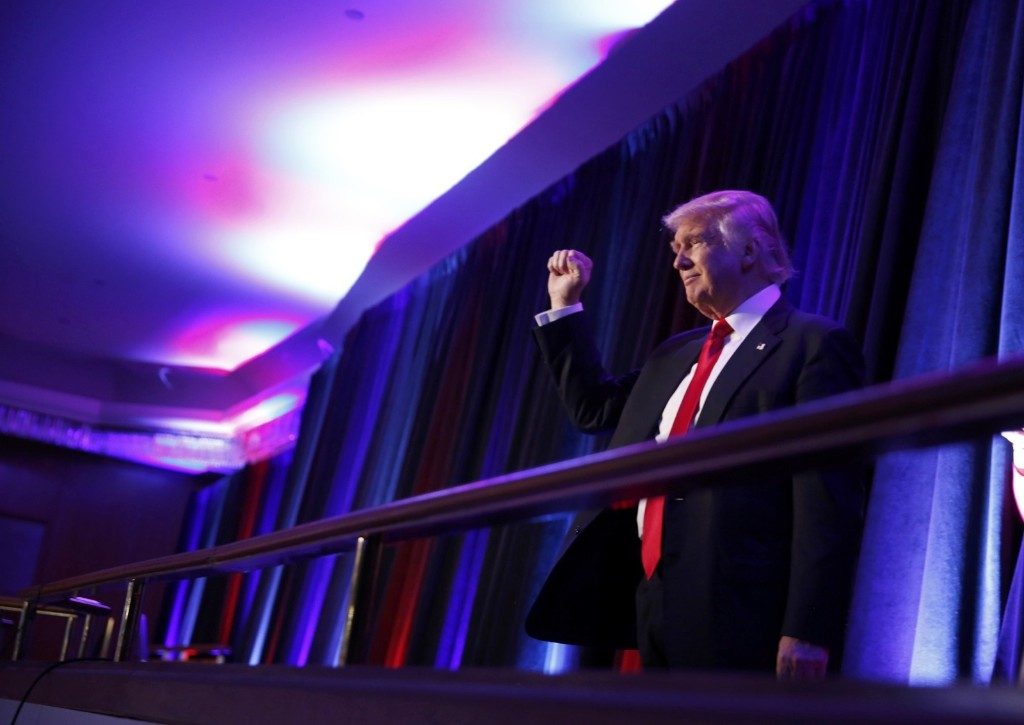 This week Donald Trump was elected 45th president of the United States beating perceived frontrunner Hillary Clinton. Republicans kept control of the House and Senate. Trump traveled to Washington, D.C. to meet with President Barack Obama, House Speaker Paul Ryan and Senate Majority Leader Mitch McConnell. Anti-Trump protests erupted across the country, and Vice President-elect Mike Pence took over the Trump presidential transition team. Read more about these stories and the other biggest events of the week, as they appeared in The Daily Edition.

Top line: “Donald John Trump was elected the 45th president of the United States on Tuesday in a stunning culmination of an explosive, populist and polarizing campaign that took relentless aim at the institutions and long-held ideals of American democracy.

The surprise outcome, defying late polls that showed Hillary Clinton with a modest but persistent edge, threatened convulsions throughout the country and the world, where skeptics had watched with alarm as Mr. Trump’s unvarnished overtures to disillusioned voters took hold.

The triumph for Mr. Trump, 70, a real estate developer-turned-reality television star with no government experience, was a powerful rejection of the establishment forces that had assembled against him, from the world of business to government, and the consensus they had forged on everything from trade to immigration.”

Top line: “In a year when the GOP was almost entirely on defense, the party’s incumbents — many outspent and hobbled by struggling campaigns — managed to survive a political landscape that long appeared all but certain to cost them the Senate…The biggest surprise is that Trump was no drag on the GOP ticket at all — and might have even helped carry the party.”

3. Clinton’s emotional concession: This is ‘painful and will be for a long time’—USA Today, Heidi M. Przybyla

Top line: “Hillary Clinton ended her historic presidential campaign Wednesday, saying it is ‘painful and will be for a long time,’ as she urged for a peaceful transfer of power.

‘Donald Trump is going to be our president,’ she said in her concession speech. ‘I hope that he will be a successful president for all Americans,’ Clinton told a room of emotional aides and supporters, who gave her an extended round of applause.” 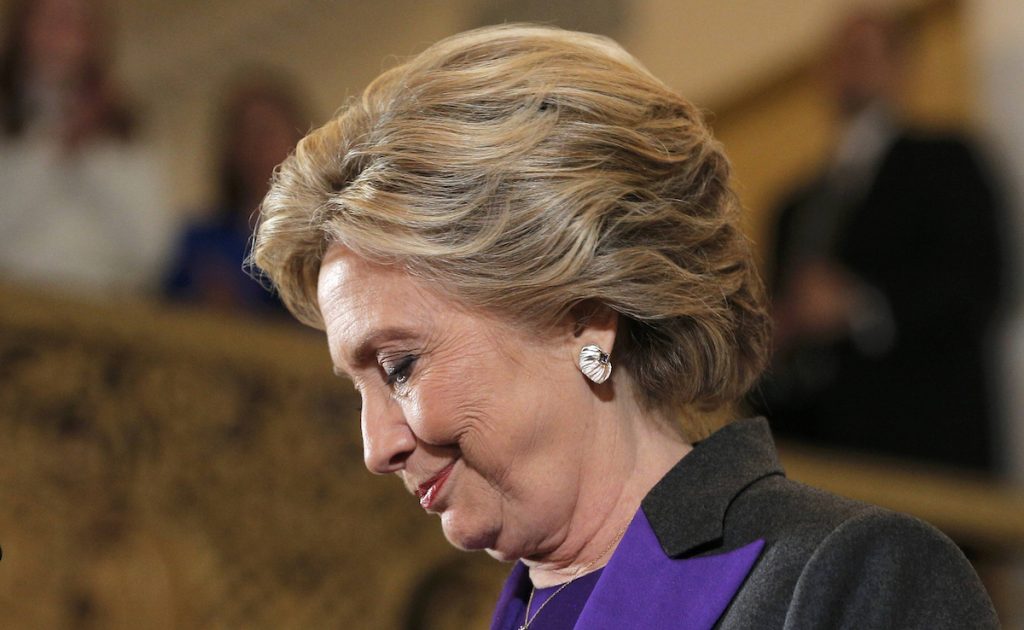 Hillary Clinton addresses her staff and supporters about the results of the U.S. election at a hotel in the Manhattan borough of New York, U.S., November 9, 2016. REUTERS/Brian Snyder TPX IMAGES OF THE DAY

Top line: “The extraordinary meeting was a reflection of the swift and sudden change in the political mood between the frenzied last days of an election campaign and the reality of government and the transition of power between two administrations that follows.” 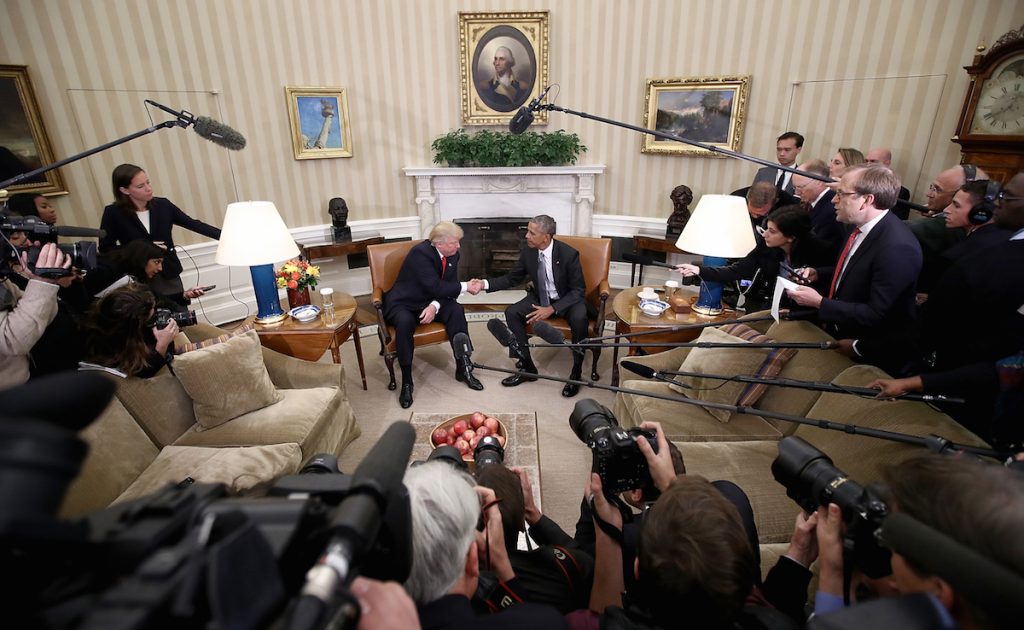 Top line: “Vice President-elect Mike Pence will take over as the leader of Donald J. Trump’s transition effort, pushing aside Chris Christie, the governor of New Jersey, as Mr. Trump moves quickly to assemble a government after his stunning upset victory, the transition team said on Friday.

The reorganization puts the urgent task of selecting cabinet officials and key West Wing posts in the hands of Mr. Pence, whose loyalty to Mr. Trump and deep contacts with the Republican establishment on Capitol Hill are seen as critical to navigating the often politically treacherous transition period.”

6. Anti-Trump Protesters March in Portland, Other Cities for Another Night—NBC News, Phil Helsel and Phil McCausland

Top line: “Police in Portland, Oregon used ‘diversionary bang devices’ while arresting protesters Saturday during the fifth night of demonstrations since the election, and a day after a protester was shot during a confrontation with someone in a car on a bridge… 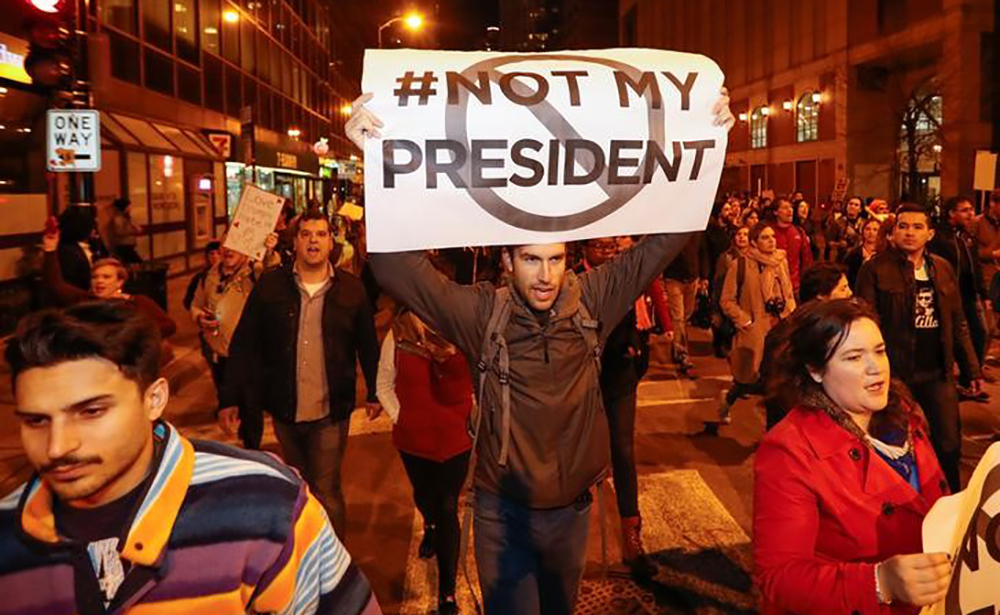 The gains were driven as much by relief over the end of the presidential election, which had been hanging over the market like a wet blanket, as by investors repositioning portfolios to prepare for what many expect will be ramped up fiscal spending.”

The magnitude-7.8 earthquake struck in a mostly rural area close to the city of Christchurch but appeared to be more strongly felt in the capital, Wellington, more than 200 kilometers (120 miles) away. The quake was followed by a number of strong aftershocks.”

Top line: “Janet Reno, the strong-minded Florida prosecutor who was tapped by Bill Clinton to become the country’s first female attorney general and who shaped the U.S. government’s responses to the largest legal crises of the 1990s, died Nov. 7 at her home in Miami. She was 78.”

~GabyS is following the Transition, Inauguration and First 100 Days of the incoming Trump administration