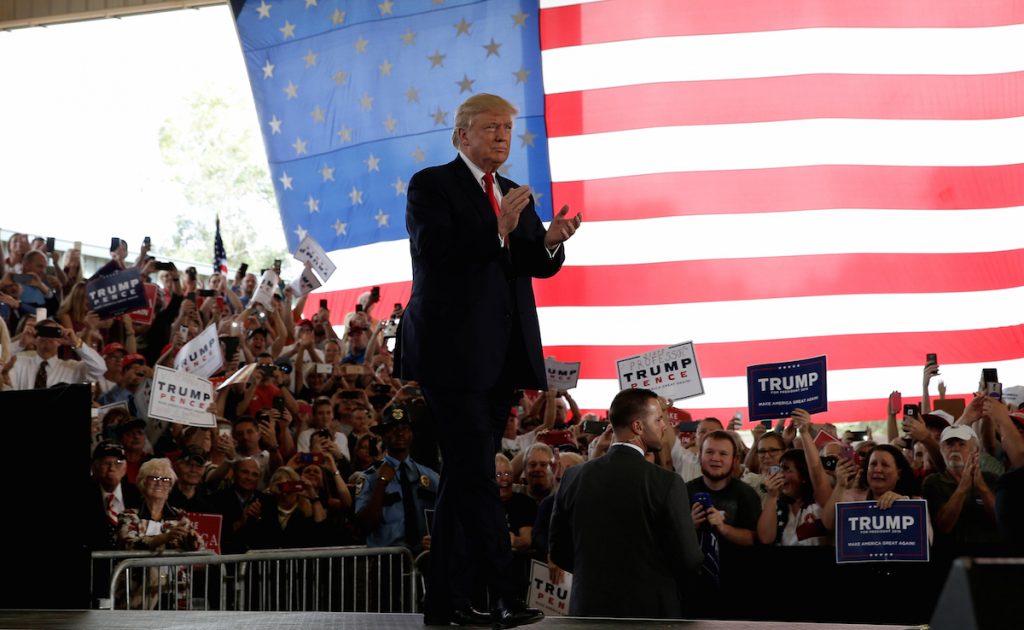 2016 election controversies dominated the news this week. After a dramatic presidential debate, multiple women came forward accusing Republican presidential nominee Donald Trump of unwanted sexual advances, charges he denies. WikiLeaks released more rounds of emails from within the campaign of Democratic presidential nominee Hillary Clinton that suggested Clinton was fed a question for a televised town hall and that a staffer communicated with the Department of Justice about Clinton’s emails, among other revelations. Both ongoing stories have reverberated throughout both political parties and the electorate.

On the international front, the Navy launched missiles at rebel sites in Yemen after attacks on U.S. ships, Thai King Bhumibol Adulyadej passed away after a 70-year reign and Nigeria’s Boko Haram freed the 21 kidnapped Chibok girls after being captive for over two years.

Read more about these stories and the other biggest news events of the week, as they appeared in The Daily Edition.

The allegations, which have rocked Trump’s presidential campaign, emerged days after audio of a lewd conversation in which Trump bragged in 2005 about kissing and groping women surfaced last Friday. Trump apologized for the words, but insisted in the second presidential debate Sunday that he never sexually assaulted women in the way he boasted about on tape in 2005.

The women who have leveled allegations of sexual misconduct against Trump this week have all said the publication of the 2005 tape and Trump’s denial in Sunday’s debate prompted them to come forward.”

Top line: “Among the emails we’re reading today: evidence suggesting a top Democratic National Committee official fed Clinton an answer to a question to be posed at an upcoming town hall forum; evidence that a Clinton campaign staffer was communicating with people at the Department of Justice about Clinton’s much scrutinized emails; and pointed commentary concerning Catholics and evangelical Christians.” 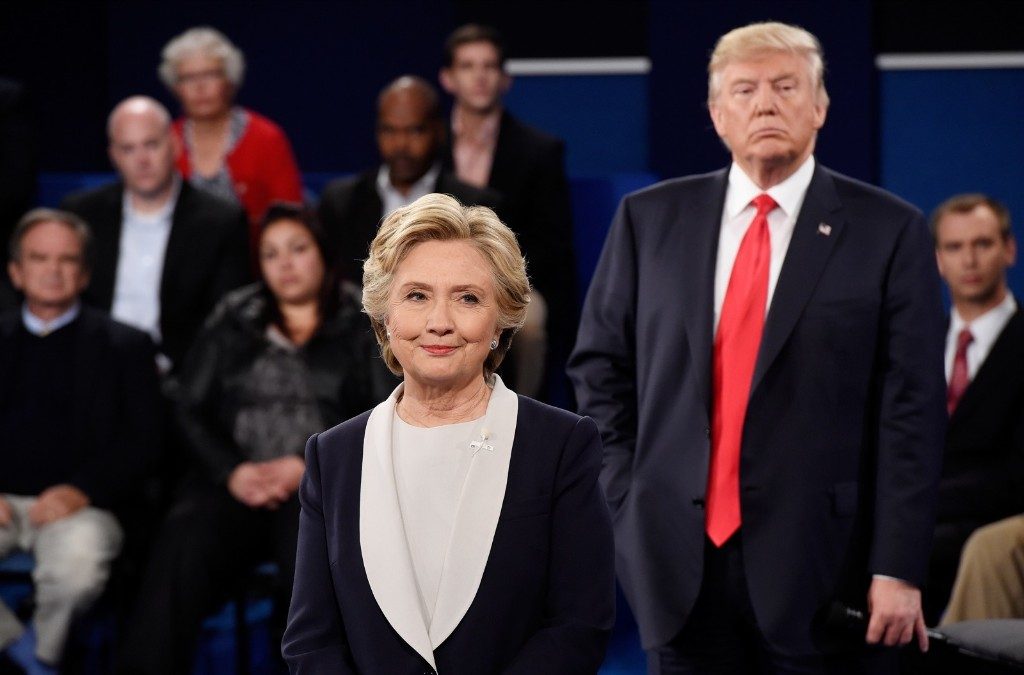 Top line: “Clinton endured the nuclear attack…Trump solved none of his problems…Trump made some bad problems worse…Clinton stuck to a safe script…Trump isn’t going anywhere.”

Top line: “Less than two hours before his appearance at the second presidential debate, GOP presidential nominee Donald Trump held a brief public event with three women who have accused former President Bill Clinton of sexual impropriety and one woman whose accused rapist was represented by then attorney Hillary Clinton during his criminal trial in 1975.

Top line: “On one side is Trump, who spent much of Tuesday lashing out on social media at his GOP foes, such as Speaker Paul Ryan and Sen. John McCain, and lamenting the lack of party unity. He’s backed by conservative lawmakers including Iowa Rep. Steve King and the throngs of loyal supporters who attend his rallies, including the one here in Panama City, Florida, Tuesday, where he renewed his call for a government investigation into his opponent, Hillary Clinton.

On the other side is Ryan, who is devoting the full resources of his stature to maintaining a congressional majority. That dominance of Capitol Hill is suddenly threatened — and not just in the Senate, where there are many competitive races, but also in the House, where the GOP majority was considered untouchable until recently.”

Top line: “The U.S. Navy launched Tomahawk missiles early Thursday from the Red Sea at three coastal radar sites in Yemen, destroying targets associated with missile attacks on U.S. ships this week while warning that it would not tolerate similar actions in the future…The Tomahawk strikes followed cruise-missile attacks that were launched against Navy ships on Sunday night and Wednesday from Yemen. Another missile launched Oct. 1 caused near-catastrophic damage to the HSV-2 Swift, a catamaran-style high-speed vessel that was operated by the United Arab Emirates and once was a part of the U.S. Navy. Video of the strike published online shows the ship engulfed in a fireball.”

Top line: “Thailand’s King Bhumibol Adulyadej has died aged 88, ending seven decades on the throne during which he became a unifying father figure and rare source of stability in a country that has weathered more than a dozen coups since he came to power in 1946 aged just 18.”

Top line: “Jihadist group Boko Haram has freed 21 of more than 200 girls it kidnapped in April 2014 in the northern Nigerian town of Chibok, after mediation by Switzerland and the International Red Cross, officials said on Thursday.

Around 270 girls were taken from their school in Chibok in the remote northeastern Borno state, where Boko Haram has waged a seven-year insurgency aimed at creating an Islamic state, killing thousands and displacing more than 2 million people.”

Top line: “Stumpf opted for early retirement amid controversy, but the longtime bank boss is walking away with around $130 million, according to a CNNMoney analysis of SEC filings.

Stumpf had been on track to leave with an even bigger fortune — nearly $200 million — before the fake account controversy rocked his bank. But as the national outrage grew, Stumpf announced on September 27 he would forfeit stock awards worth $41 million, as well as his 2016 salary and bonus.” 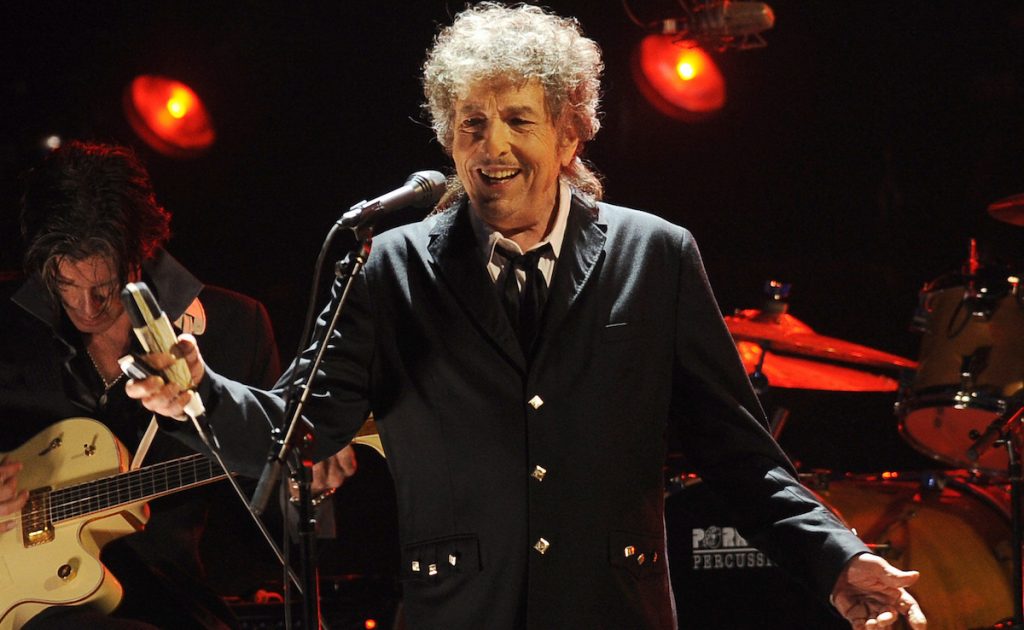 Top line: “Bob Dylan, Nobel laureate. In the book world’s equivalent of a Supreme Court ruling, the Nobel judges declared Thursday that Dylan is not just a rock star but a poet of the very highest order.

Dylan, 75, becomes the first musician in the 115-year history of the Nobel to win the prize in literature. He was honored for ‘having created new poetic expressions within the great American song tradition.'”

~GabyS is addicted to FiveThirtyEight