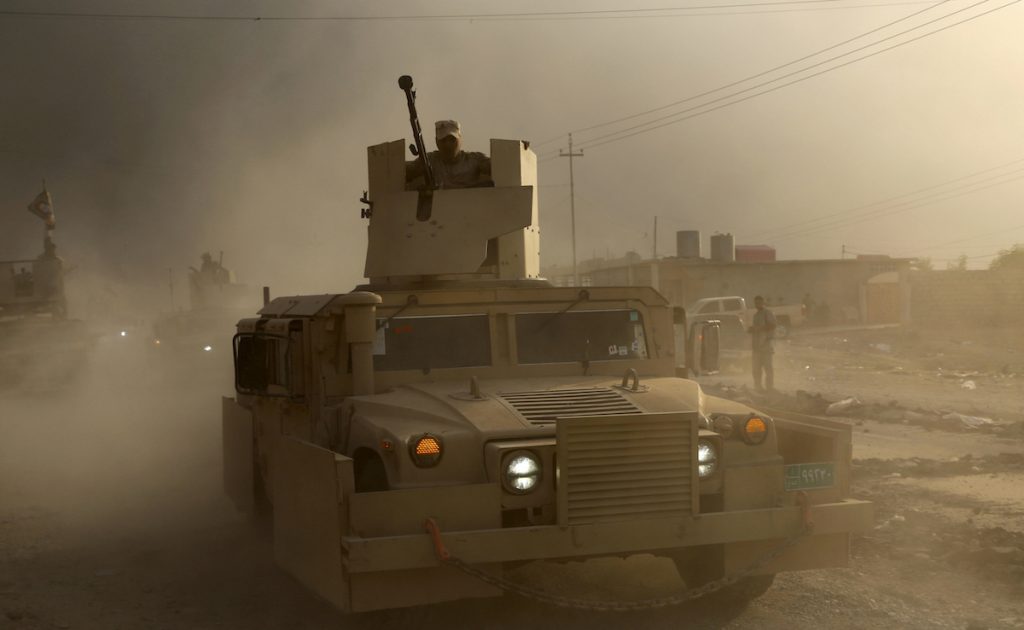 The 2016 presidential election and foreign affairs dominated the news this week. The presidential candidates faced off in the final debate, Donald Trump opened the door to not accepting the election results and new documents released showed discussions between the FBI and State Department over the classification of Hillary Clinton‘s emails. On the international front, Iraqi and Kurdish forces started an offensive to take back Mosul from ISIS and Philippines President Rodrigo Duterte threatened to break off what was once considered a long-term relationship with the U.S.

Read more about these stories and the other biggest stories of the week, as they appeared in this week’s Daily Edition.

1. The 14 biggest moments of the final debate—Politico, Matthew Nussbaum

Top line: “Trump: ‘She was extremely upset, extremely angry’…Trump unclear whether he wants Roe overturned…Clinton hits Trump for ‘scare rhetoric’…Trump: Deport ‘bad hombres’…Clinton: Trump ‘choked’ on the wall…On WikiLeaks, Clinton demands Trump disavow Russian influence…Clinton: Putin wants a ‘puppet’…Trump: ‘I should win easily’…Trump says Clinton campaign is behind sexual assault accusations…Trump hits Clinton on emails; she ignores…Clinton hits Trump Foundation: ‘I mean, who does that?’…Trump may not concede the election…Clinton unloads on Trump as ‘conspiracy’ peddler and ‘dangerous’…Trump: Clinton is ‘such a nasty woman.'” 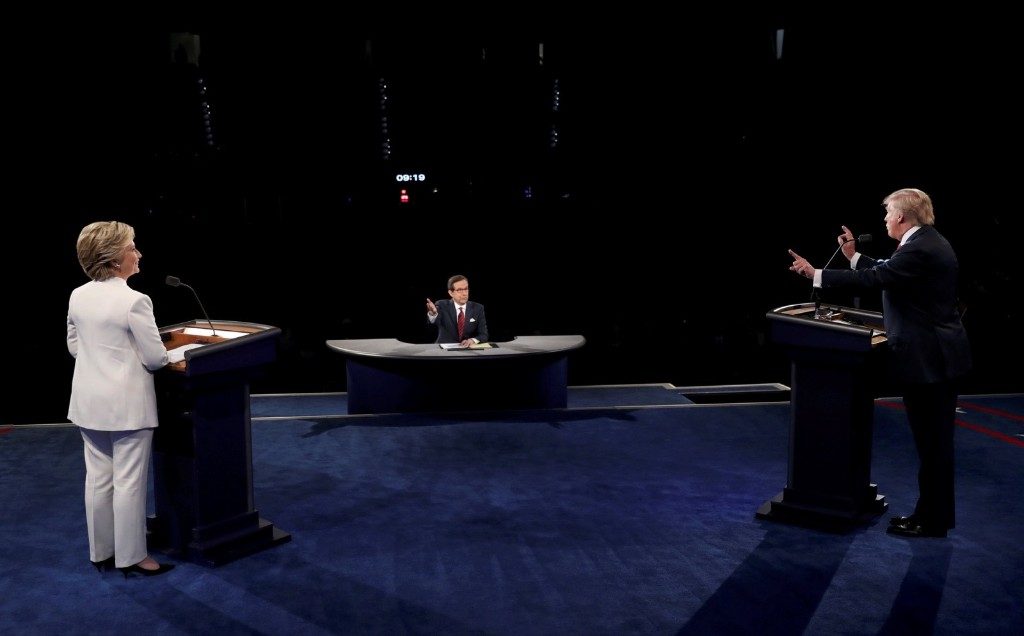 2. Donald Trump Says He Will Accept the Election Results — if He Wins—Time, Tessa Berenson

Top line: “Donald Trump said Thursday he would accept the outcome of the presidential election — if he wins. And he said he might contest the results if they don’t go his way, doubling down on his incendiary statement during Wednesday night’s debate that raised the prospect of breaking with bedrock traditions of American democracy.”

Top line: “Kurdish peshmerga and Iraqi special forces have advanced to within about six miles of the city of Mosul, after launching a three-pronged attack early on Thursday against dug-in Islamic State militants…

Iraqi special forces are expected to lead the way into Mosul, where they will face fierce resistance in a densely populated landscape, with Isis militants preparing for a climactic battle and laying booby-traps. An Isis vehicle laden with explosives was blown up on Thursday near Mosul dam. The offensive is the biggest operation by Iraqi forces since the 2003 US-led invasion. It is expected to take weeks, if not months.”

Top line: “A now-retired FBI agent and a State Department official involved in a discussion over the classification of information in one of former Secretary of State Hillary Clinton’s emails said Tuesday they had discussed mutual agency requests but had not linked the two as a bargain, as another FBI employee had reported.

Top line: “AT&T Inc. has reached an agreement to buy Time Warner Inc. for $85.4 billion in a deal that would transform the phone company into a media giant.”

Top line: “A U.S. service member was killed by a bomb blast in northern Iraq on Thursday as U.S. troops expanded their support to local forces battling the Islamic State…The fatality is an indication of the risks facing Iraqi troops, in particular, as they push toward Islamic State lines in and around Mosul, the militant group’s chief stronghold in the country since 2014. In preparation for the assault by local forces, militants have sown the city and villages around it with extensive roadside bombs, trenches, tunnels and booby traps, designed to slow the advance of Iraqi forces.”

Top line: “Not only had Philippine President Rodrigo Duterte threatened to break off what was once considered a stable and long-term relationship with the U.S., but he seemed to suggest the country had moved on. The Philippines has eyes for a new pair of suitors — Russia and China.”

8. Sites across the internet suffer outage after cyberattack—Mashable, Emma Hinchliffe

Top line: “The problems started on Friday morning when Dyn — a company that hosts domain name systems for many major companies — announced that it had been the subject of a cyberattack that caused major problems for numerous websites. People reported issues with Twitter, Spotify, SoundCloud, Vox Media sites, Airbnb and numerous other sites.” 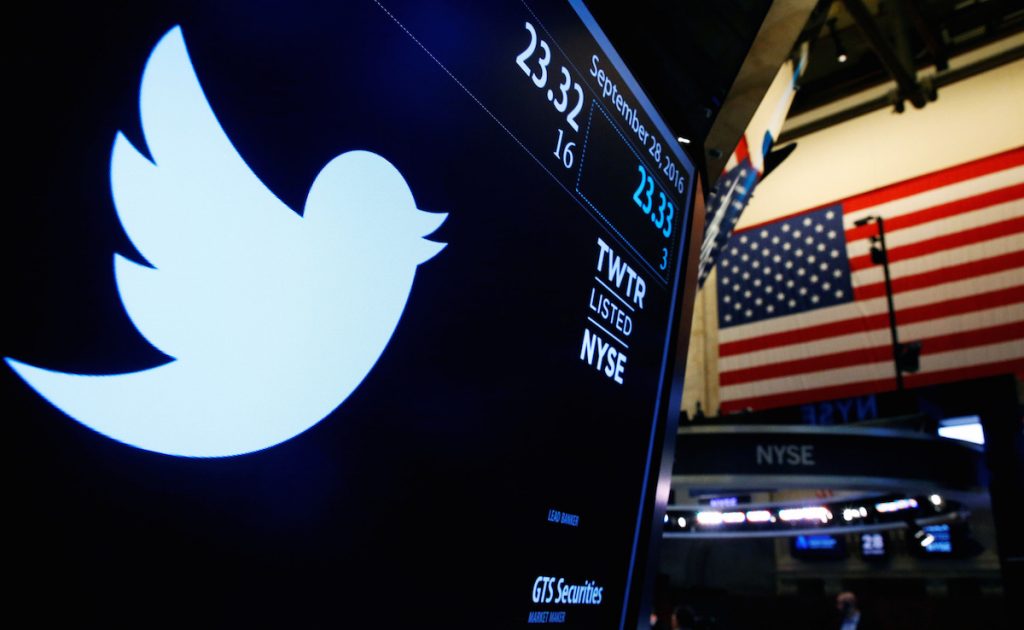 The Twitter logo is displayed on a screen on the floor of the New York Stock Exchange (NYSE) in New York City, U.S. on September 28, 2016. REUTERS/Brendan McDermid/File Photo

Top line: “Donald Trump abandoned decades of tradition Thursday night with a tough takedown of Hillary Clinton at an annual charity dinner that prompted booing of the Republican presidential nominee.

Clinton’s remarks, too, largely lacked the self-deprecating humor that is typical at the Al Smith dinner, which benefits Catholic charities and is often one of the final opportunities for presidential candidates to share a stage before the election.”

Top line: “A week after Billy Bush was first suspended from the Today show, it seems the network’s review is over and its negotiations with the former third-hour host is complete. The result, according to a statement that went out to Today staff members on Monday, ‘Billy Bush will be leaving the Today show’s 9 a.m. hour, effective today.'”