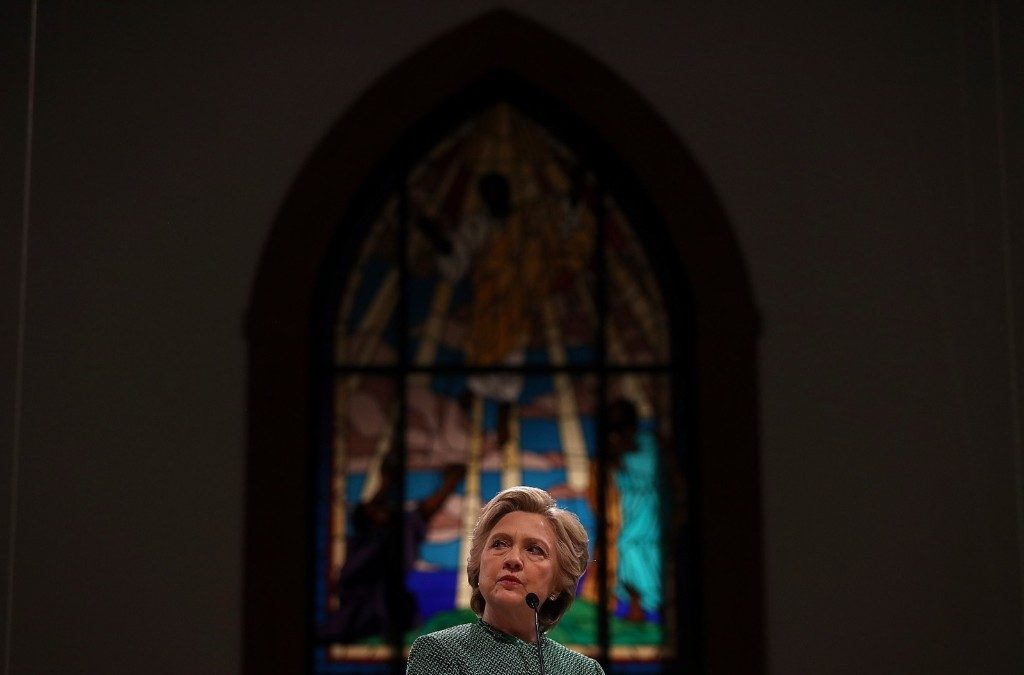 This week ended dramatically when the F.B.I. announced additional emails were found from Hillary Clinton‘s private server. The news shifted the coverage of the election after a week that focused on Donald Trump‘s declining poll numbers and fractures in the Republican Party. New figures showed Obamacare premiums are set to skyrocket in 2017, and the Supreme Court agreed to take up the issue of transgender rights.

In a letter to Congress, the F.B.I. director, James B. Comey, said that emails had surfaced in an unrelated case, and that they ‘appear to be pertinent to the investigation.’

Mr. Comey said the F.B.I. was taking steps to “determine whether they contain classified information, as well as to assess their importance to our investigation.” He said he did not know how long it would take to review the emails, or whether the new information was significant.”

Top line: “In total, the French authorities said they had relocated 4,404 migrants and registered 1,200 children, who were either transferred to the UK or sent to the container site. They added that 233 children had been received by the UK since 17 October.” 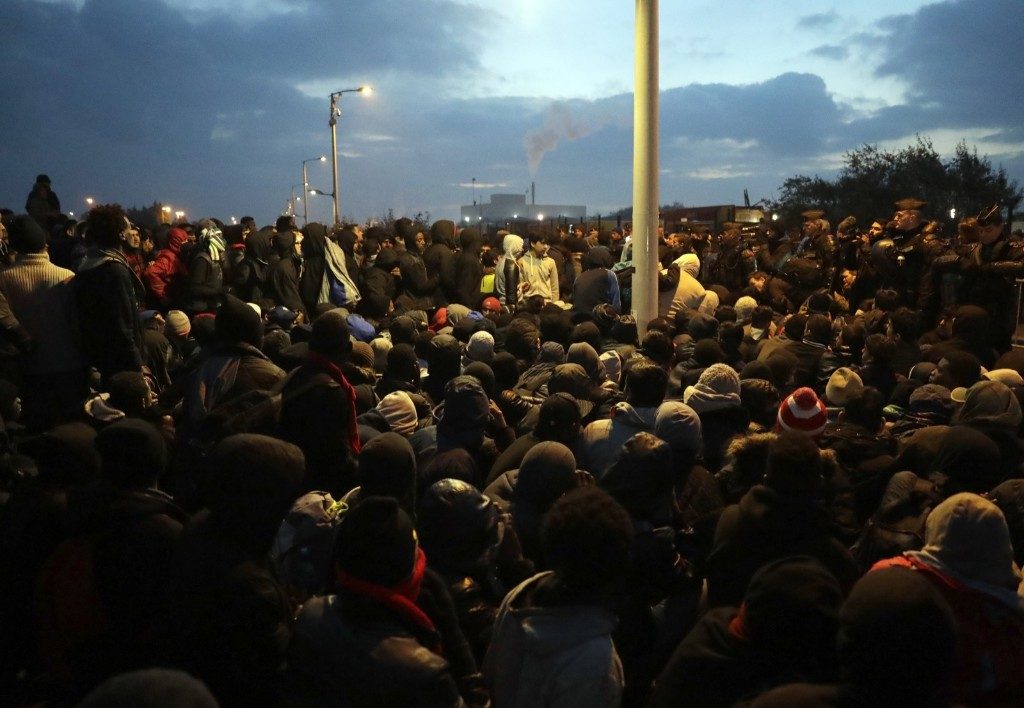 Migrants line-up to register at a processing centre. France began the mass evacuation of the makeshift migrant camp on Monday, a mammoth project to erase the humanitarian blight on its northern border, where thousands fleeing war or poverty have lived in squalor, most hoping to sneak into Britain. AP Photo/Matt Dunham

Top line: “Obamacare premiums are set to skyrocket an average of 22% for the benchmark silver plan in 2017, according to a government report released Monday.” 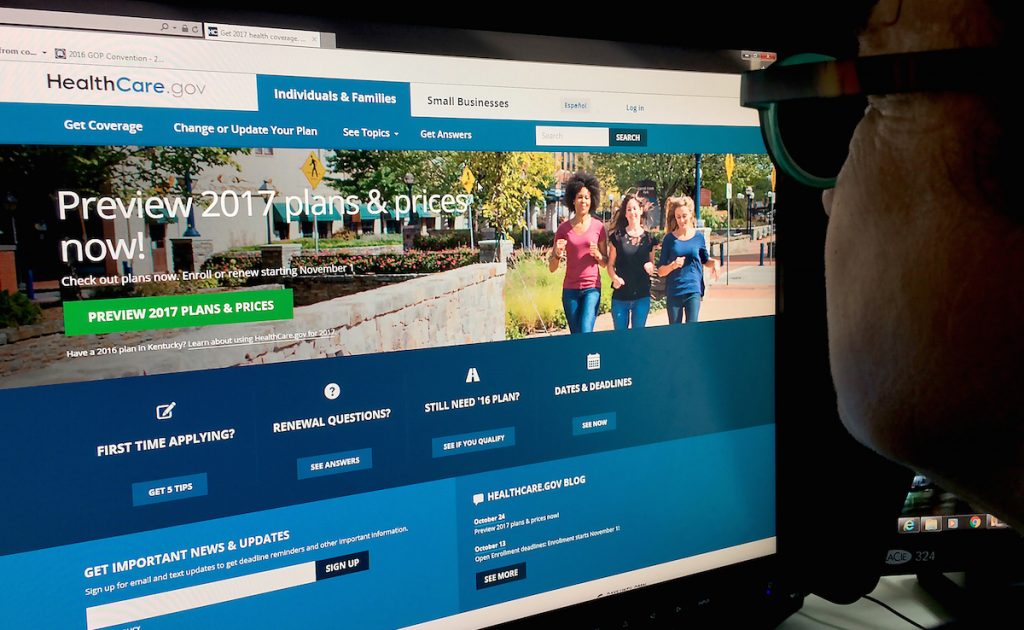 Top line: “Donald Trump’s campaign said Tuesday that it has scheduled no more big-money fundraising events to benefit the Republican Party, another sign of the GOP nominee’s struggling campaign and a serious blow to the party’s get-out-the-vote operations with less than two weeks to go until Election Day.” 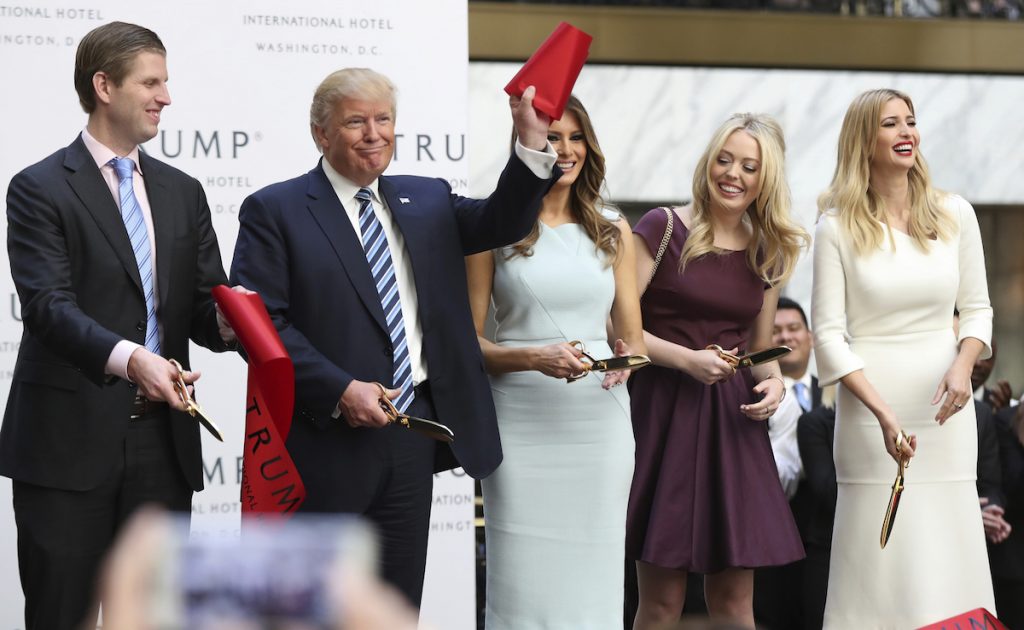 Donald Trump, together with his family, from left, Eric Trump, Melania Trump, Tiffany Trump and Ivanka Trump, waves part of a ribbon after cutting the ribbon during the grand opening of Trump International Hotel in Washington, Wednesday, Oct. 26, 2016. AP Photo/Manuel Balce Ceneta

Top line: “This year has become the deadliest for migrants crossing the Mediterranean bound for Europe, the UN refugee agency said Wednesday, with those seeking to make the journey from Libya at greatest risk.

‘We can now confirm that at least 3,800 people have died, making 2016 the deadliest ever,’ William Spindler, a spokesman for the UN High Commissioner for Refugees, wrote on Twitter.”

Top line: “The Supreme Court agreed Friday to take up the controversial issue of transgender rights, instantly transforming what had loomed as a holding-pattern term with only eight justices into one featuring another major social policy issue.

The justices will consider a Virginia school district’s challenge to Obama administration guidelines requiring that schools allow transgender students to use restrooms matching their chosen gender, rather than birth gender.”

Top line: “In a surprise verdict, a jury has found all seven defendants not guilty of charges linked to their 41-day, armed occupation of Oregon’s Malheur National Wildlife Refugeearlier this year…

The defendants included brothers Ammon and Ryan Bundy, the alleged leaders of the occupation that lasted nearly six weeks. The Bundys’ fight with the government is rooted in ‘unpaid fees for cattle grazing on federal public land,’ Kirk said, but ‘their movement has lately attracted conspiracy theorists and other far-right groups that aren’t associated with ranching.'”

8. Everything Apple announced at its MacBook Pro event—TheNextWeb, Lauren Gilmore 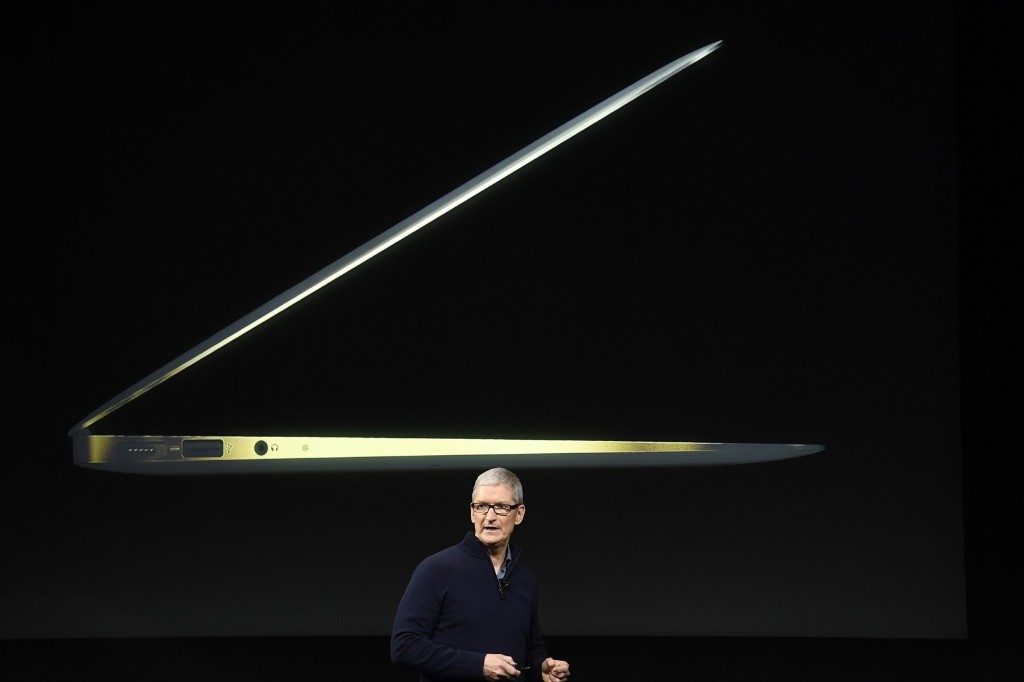 Tim Cook discussing the debut of new Mac computers, ending a drought without an update for its oldest product category. David Paul Morris/Bloomberg

Top line: “At its Windows 10 event in New York City today, Microsoft announced the Creators Update for Windows 10. The company detailed a slew of new features coming to its latest and greatest operating system, for free. Microsoft says the Creators Update will arrive in ‘early 2017,’ but Windows Insider testers and developers will be able to play with it sooner.”

Top line: “Jake Arrieta was dominant in the early going, and the Chicago offense more than backed him up as the Cubs beat the Cleveland Indians, 5-1, in Game 2, tying the World Series at one game apiece. The series now shifts to Chicago’s Wrigley Field, which hasn’t hosted a World Series game since 1945.” 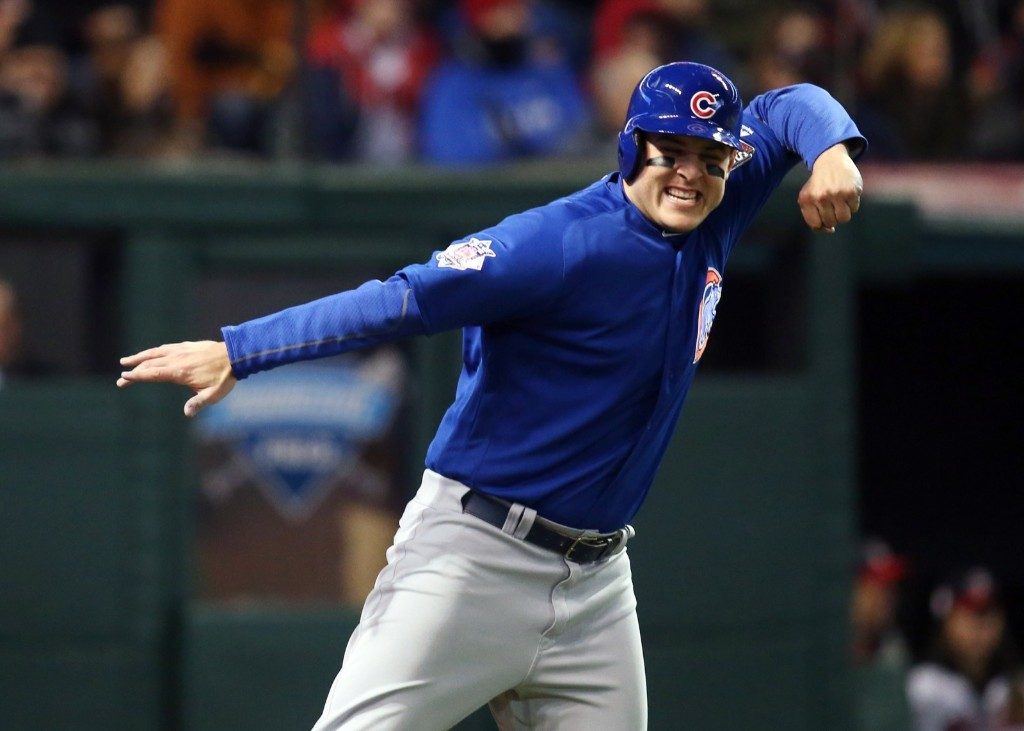 Cubs Anthony Rizzo after scoring a run against the Indians in the fifth inning. Charles LeClaire-USA TODAY Sports