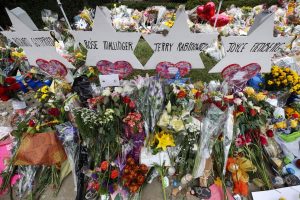 Flowers surround Stars of David on Wednesday, Oct. 31, 2018, part of a makeshift memorial outside the Tree of Life Synagogue to the 11 people killed during worship services Saturday Oct. 27, 2018 in Pittsburgh. (AP Photo/Gene J. Puskar)

Much of the week was dominated by the country reeling after a gunman entered a Pittsburgh synagogue last weekend and killed 11 congregants during morning services while shouting anti-Semitic rhetoric. Robert Bowers, 46, has been charged with dozens of state and federal charges, including that of committing a hate crime. Bowers pleaded not guilty.

The Pentagon approved President Trump’s request for more troops at the southern border — over 5,000 additional men and women. This was the U.S. government’s latest response to the caravan of thousands of Central American migrants walking across Mexico towards the United States in order to request asylum. Having already threatened to slash humanitarian aid to Honduras if immigrants did not halt their journey, Trump is considering executive action to restrict asylum requests.

Infamous Boston mob boss James “Whitey” Bulger is dead, after prison officials found the 89-year-old dead in his bed, reportedly murdered by fellow inmates shortly after being transferred to a new prison in West Virginia.

The tech world saw two big developments: Google employees across the country staged a mass coordinated walkout to protest how the tech giant handles sexual harassment allegations, including of high-level executives, some of whom were given multi-million-dollar exit packages; and Apple unveiled a series of throwbacks at their second fall hardware show, including new versions of their MacBook Air, Mac Mini, iPads, and more.

The U.S. also filed charges against two companies — one in China and one in Taiwan — and three individuals, alleging they stole $8.75 billion worth of trade secrets from Micron, an Idaho-based semiconductor company. The indictment is the latest in a series of prosecutions targeting Chinese corporate espionage efforts.

The Boston Red Sox emerged victorious as the 2018 World Series champions for the fourth time in 15 years, beating the Los Angeles Dodgers 5-1.

On the world stage, the U.S. revealed details of a blueprint for ceasefire and peace talks, brokered by the United Nations, aimed at ending the war in Yemen between the Saudi Arabian-led forces and Houthi rebels. Indonesia also experienced another tragic airplane crash, this time of Lion Air flight JT 610, with all 189 people on board presumed killed, and Brazilians elected far-right candidate Jair Bolsonaro to be their next president after a contentious, polarizing and violent political campaign.

Top line: “The man accused of gunning down 11 congregants in a synagogue appeared in court Thursday morning and pleaded not guilty to the dozens of charges he faces. Robert Bowers, 46, has been charged with walking into Tree of Life synagogue here on Saturday morning and opening fire while repeatedly expressing his desire to “kill Jews.” Authorities said Bowers killed 11 people inside the synagogue, critically injured two other congregants and also wounded four of the law enforcement officers who exchanged fire with him. During a brief court appearance Thursday, Bowers, wearing a red jumpsuit, heard the charges against him, some of which could ultimately result in the death penalty if he is convicted.”

Top line: “President Donald Trump ordered an additional 5,200 troops to “harden” the US-Mexico border before the so-called caravan of migrants from Central America seeking asylum and a new life in the US arrives. The group of about 4,000 migrants from mostly Honduras and Guatemala is currently 1,000 miles and weeks away from the US border. The forces, deployed as part of “Operation Faithful Patriot,” will include military police, pilots, and engineers and will be in the area from November 5 to December 15. The problem for Trump, though, is that the military won’t actually be able to participate in detaining or deporting any of the migrants the way the president likely wants. That’s because US law forbids them from physically detaining individuals at the border.” 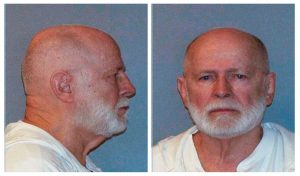 Top line: “Federal law enforcement officials believe Boston gangster James “Whitey” Bulger was killed with a “lock-in-the-sock” in a grisly assault inside his prison cell, multiple law enforcement officials briefed on the case told NBC News. Bulger, 89, was struck repeatedly when several inmates attacked him on the morning after he arrived at Hazelton federal penitentiary in West Virginia, two sources said Wednesday. The weapon that is believed to have been used to kill Bulger, a longtime FBI informant, involves a lock placed inside a sock and wielded like a mace. Officials told NBC News that federal investigators are eyeing several potential suspects in the Tuesday killing, including a reputed New England mafia hitman. The inmate, Fotios “Freddy” Geas, 51, is serving a life sentence for a raft of crimes that included the 2003 murder of the one-time leader of the Genovese crime family in Springfield, Massachusetts.”

Top line: “In New York, more than 3,000 gathered in a city park and carried signs that said, “O.K. Google, really?” In Dublin, dozens filled a sidewalk. And in Silicon Valley, thousands poured out of office buildings into a common outdoor area and chanted: “Stand up! Fight back!” Similar scenes played out in other cities around the world — from Singapore and Hyderabad, India, to Berlin, Zurich, London, Chicago and Seattle — as Google employees held a wave of walkouts on Thursday to protest the internet company’s handling of sexual harassment. The backlash was prompted by an article in The New York Times last week that revealed that Google had paid millions of dollars in exit packages to male executives accused of misconduct, while staying silent about the transgressions.”

Top line: “The United States has charged a government-controlled company in China with stealing trade secrets from an American semiconductor company, the Justice Department said Thursday as it outlined an initiative focused on what officials said was the growing threat of Chinese economic espionage. The case, which involves trade secrets worth up to $8.75 billion and allegedly stolen from Idaho-based Micron Technology Inc., is the latest in a series of prosecutions targeting Chinese corporate espionage. On Tuesday, for instance, federal prosecutors in California charged Chinese intelligence officers and hackers working for them with trying to steal information on commercial jet engines. Other cases have involved stolen wind turbine technology and software source code.” 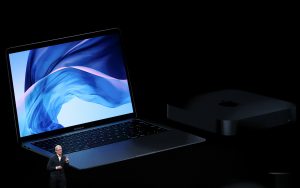 Top line: “The theme of Apple’s second fall hardware show: throwbacks. The event, at Howard Gilman Opera House in New York City, featured a revival of the MacBook Air, a dusted-off Mac Mini, new iPads, and, for some reason, Lana del Rey. Did you miss the show? You can watch the whole thing here, catch up on the analysis from our liveblog, or simply read on for our TL;DR recap.”

Top line: “A “black box” recorder from Lion Air flight JT 610 has been found by divers off the coast of Indonesia. The plane, carrying 189 people, crashed soon after taking off from Jakarta, the Indonesian capital, on Monday. It plummeted into the Java Sea – no survivors have been found, nor has the body of the Boeing 737. There is as yet no indication of what caused the crash but the aircraft is believed to have experienced technical problems on its previous flight. The plane was making a one-hour journey to the western city of Pangkal Pinang when it went down. The pilot had asked air traffic control for permission to turn back to the airport but then contact was lost.” 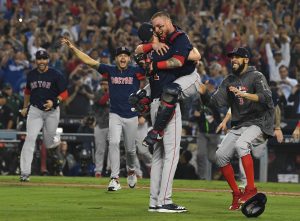 Top line: “The Boston Red Sox are the 2018 World Series champions. Needing a win Sunday to finish off the Los Angeles Dodgers, the Red Sox scored two runs in the first inning to take an early lead and would never relinquish it en route to a 5-1 victory in Game 5. Postseason hero Steve Pearce clubbed Clayton Kershaw’s sixth pitch of the evening over the left-field wall at Dodger Stadium, and Los Angeles never recovered. He added a solo homer in the eighth inning. After allowing a home run to David Freese on his very first pitch of the night, David Price took over. The 33-year-old lefty cruised through seven-plus innings, mixing four- and two-seam fastballs with his reinvigorated changeup to flummox the Dodgers’ lineup as it faced elimination.”

Top line: “The Trump administration has given details of a UN-brokered peace plan aimed at ending the war in Yemen, beginning with a ceasefire within 30 days and talks to be held in Sweden. The US defence secretary, James Mattis, told an audience in Washington that Saudi Arabia and its Emirati allies were ready for a deal and that the talks between the Saudi-led coalition and the Houthi rebels were being arranged by the United Nations special envoy, Martin Griffiths.”

Top line: “Jubilant supporters of Brazil’s president-elect Jair Bolsonaro took the streets of Rio de Janeiro on Sunday after the far-right congressman was declared the winner of the country’s presidential election by a wide margin. Bolsonaro’s victory caps ones of the most polarizing and violent political campaigns in Brazil’s history, amid a prolonged recession, rising crime rates and widespread corruption scandals. Bolsonaro was declared the winner by the Supreme Electoral Tribunal after 94% of the votes were counted, easily defeating his leftist ex-Sao Paulo mayor Fernando Haddad.”

~HeatherC is reading about Vote 2018