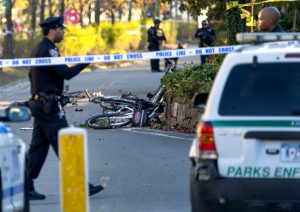 Bicycles and debris lay on a bike path near West St. and Houston after several people were killed and injured during an attack on a bike path in New York. AP Photo/Craig Ruttle

A speeding truck plowed down people on a bike path in Manhattan Tuesday, claiming the lives of eight individuals and injuring 11 in the deadliest terror attack in New York since 9/11.

The driver was identified as Sayfullo Saipov, 29, an Uzbek immigrant, who has been living in the U.S. since 2010. Authorities charged Saipov with terrorism. ISIS called Saipov a “soldier of the caliphate” and claimed responsibility for the attack.

A vigil was organized Thursday in lower Manhattan to pay respects to the victims. 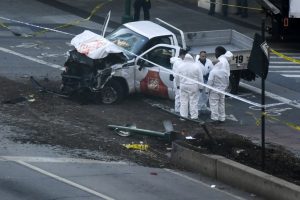 Investigators inspect a truck that plowed into a pedestrian and bike path in Lower Manhattan. DON EMMERT/AFP/Getty Images

Top line: “ISIS provided no evidence it had knowledge ahead of Tuesday’s attack in Lower Manhattan or was involved in planning. ISIS did not claim direct responsibility, and the article did not give a name for the attacker. Responding to the claim Friday morning in a series of tweets, President Donald Trump called the New York terrorism suspect a “Degenerate Animal” and said the US military had attacked ISIS “much harder” over the past two days.” 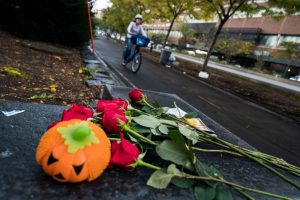 A cyclist rides past flowers left on a bike path to pay tribute to the October 31 terror attack victims in New York. JEWEL SAMAD/AFP/Getty Images

2. Who are the victims of the New York terror attack? – USAToday, John Bacon

Top line: “One was a New Yorker. Another was a former New Jersey school board president. A Belgian woman was mother of two, and five Argentinians were celebrating their 30th high school reunion a long way from home. New York City police Wednesday revealed the names of those killed Tuesday when madman pledging allegiance to the Islamic State rampaged through a Manhattan bike trail. Police shot the suspect, 29-year-old Uzbekistan native Sayfullo Saipov, took him into custody. New York City Mayor Bill de Blasio mourned the victims.” 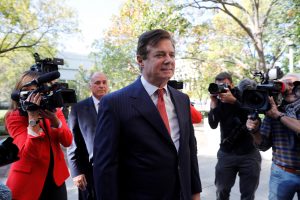 Top line: “Paul Manafort, who steered Trump’s campaign for much of last year, and business associate Rick Gates ended the day under house arrest on charges that they funneled payments through foreign companies and bank accounts as part of their private political work in Ukraine. George Papadopoulos, also a former campaign adviser, faced further questioning and then sentencing in the first — and so far only — criminal case that links the Trump election effort to the Kremlin. Manafort and Gates, who pleaded not guilty in federal court, are not charged with any wrongdoing as part of the Trump campaign, and the president immediately sought to distance himself from the allegations. Papadopoulos was not charged with having improper communications with Russians but rather with lying to FBI agents when asked about the contacts, suggesting that Mueller — who was appointed in May to lead the Justice Department’s investigation — is prepared to indict for false statements even if the underlying conduct he uncovers might not necessarily be criminal.” 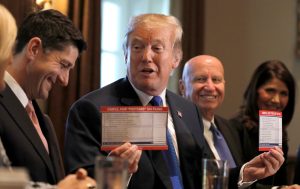 Top line: “ The conflict with Senate rules is just one example of the hurdles Republicans will need to overcome to get the tax overhaul through Congress to make good on a central promise of President Donald Trump’s campaign and carry a major accomplishment into the congressional elections next year. They also are still wrangling with dissenters within their ranks over multiple provisions including ending deductions for state and local taxes and levies on payments U.S. companies make to offshore affiliates.”

Top line: “Sgt. Bowe Bergdahl, who in 2009 walked off a U.S. military outpost in eastern Afghanistan and spent the next five years in enemy captivity, was sentenced Friday to a dishonorable discharge from the Army but will avoid prison time. Bergdahl’s case sparked ferocious debate over his actions and the controversial prisoner exchange that led to his release in 2014, challenging the military’s bedrock principle of never leaving a soldier behind.”

Top line: “After promising to dig deep into Russia’s silent cyberwarfare on the United States, members of Congress had plenty of questions this week for the big three online platforms —Facebook, Twitter and Google — but found that answers were hard to come by. In hearings before Senate and House committees, top lawyers from the three companies struggled to answer the very simplest of questions about how their platforms have dealt with the widespread efforts to influence elections and divide Americans. They also said they were unable to reveal how much money they’ve made from those efforts.” 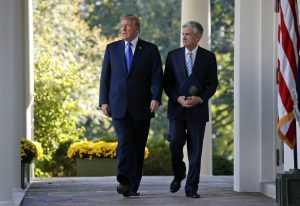 President Donald Trump walks with Federal Reserve board member Jerome Powell before announcing him as his nominee for the next chair of the Federal Reserve in the Rose Garden of the White House in Washington, Thursday, Nov. 2, 2017. (AP Photo/Pablo Martinez Monsivais)

Top line: “President Donald Trump nominated Jerome Powell to run the Federal Reserve once current Chair Janet Yellen’s term expires, in a move widely expected and one unlikely to disturb the roaring stock market. “Today is an important milestone on the path to restoring economic opportunity to the American people,” Trump said with Powell standing to his right and the prospective chairman’s family nearby. The president said the Fed requires “strong, sound and steady leadership” and Powell “will provide exactly that type of leadership.” “He’s strong, he’s committed and he’s smart, and if he is confirmed by the Senate, Jay will put his considerable talents and experience to work leading our nation’s independent central bank,” Trump added.” 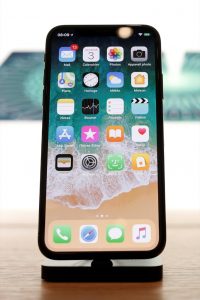 Top line: “The iPhone 8 may have been filled with the expected kit, but we’ve all been looking forward to finding out what fun Apple’s engineers had putting together the all-new iPhone X — and it doesn’t disappoint. iFixit’s excellent-as-always teardown finds a wealth of strange new components inside the biggest redesign of the device in years.”

Top line: “Russian agents intending to sow discord among American citizens disseminated inflammatory posts that reached 126 million users on Facebook, published more than 131,000 messages on Twitter and uploaded over 1,000 videos to Google’s YouTube service, according to copies of prepared remarks from the companies that were obtained by The New York Times.” 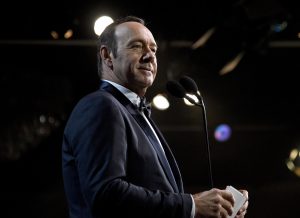 Top line: “Just days after Kevin Spacey was accused of sexual misconduct by actor Anthony Rapp, the Oscar winner has seen the industry turn on him with the newfound agility it acquired after the explosive Harvey Weinstein allegations. Netflix has brought House of Cards to a grinding halt, tossing Spacey’s most immediate job in limbo. He’s also been stripped of an honor by the International Television Academy, ditched by his talent agency and publicist, and, most importantly, accused of sexual misconduct by even more men, including a group of House of Cards employees who say he turned the set into a “toxic” environment.”