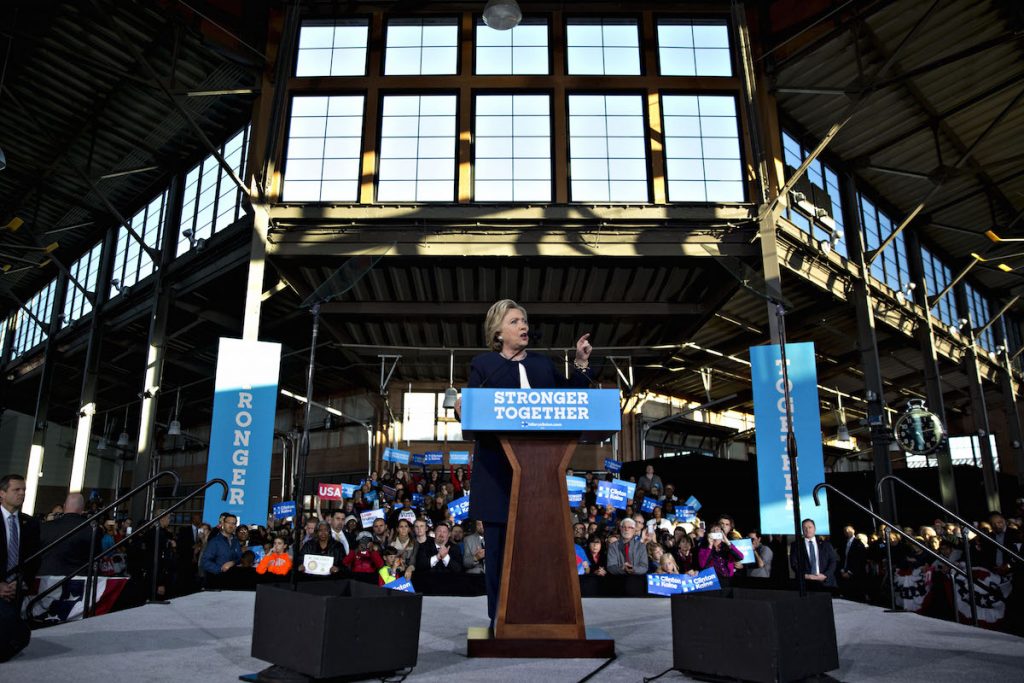 The presidential candidates are making their final arguments days before Election Day amid tightening national and statewide polling. Republican nominee Donald Trump has largely stayed on message while delivering his closing push. Democratic nominee Hillary Clinton has made a harsh case against a potential Trump presidency, just days after her use of a private email server as secretary of state became front page news again.

Read more about these stories and other biggest news of the week, and keep up with all things Election 2016 through Election Central.

Top line: “”Hillary Clinton aimed to hit high notes Sunday in the final moments of her campaign, hoping an uplifting message would wash away voters’ disgust with the grueling presidential contest. Donald Trump vowed he and his supporters would never quit, as he charged into unexpected territory…The candidates embarked on one of their final tours of battleground states, shifting to their closing arguments to weary voters deeply divided along racial, economic and gender lines.” 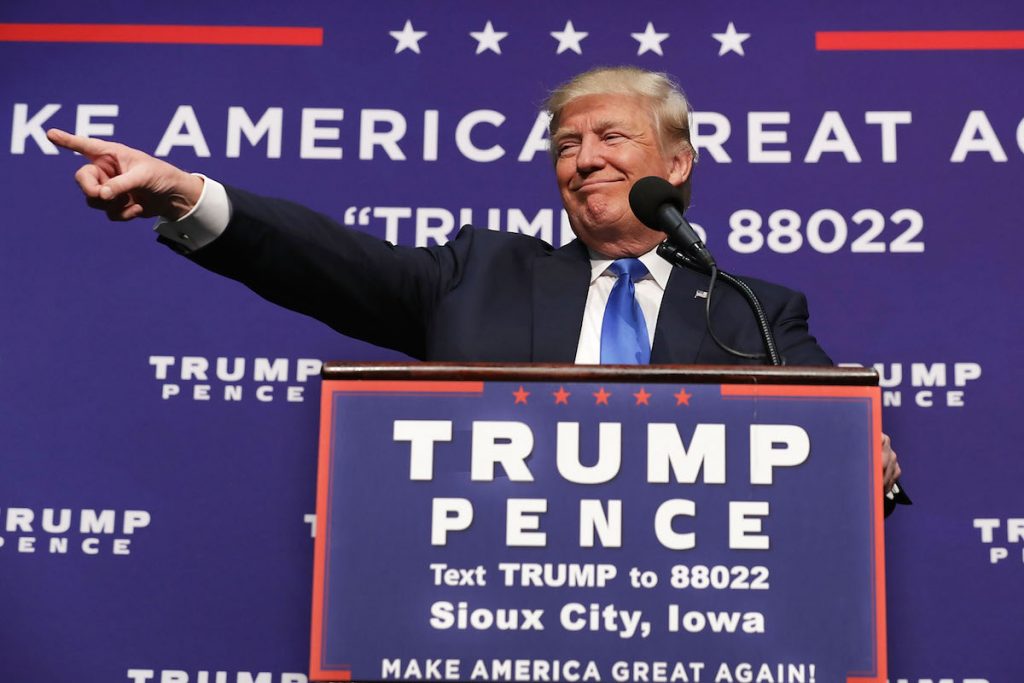 Top line: “Early voting could spell trouble for Trump as Hispanic voters turn out in droves…In Florida, at least 200,000 more Hispanics had voted early as of Friday than did during the entire early-voting period four years ago, according to an analysis by Steve Schale, a Democratic strategist who helped run President Obama’s two campaigns here.” 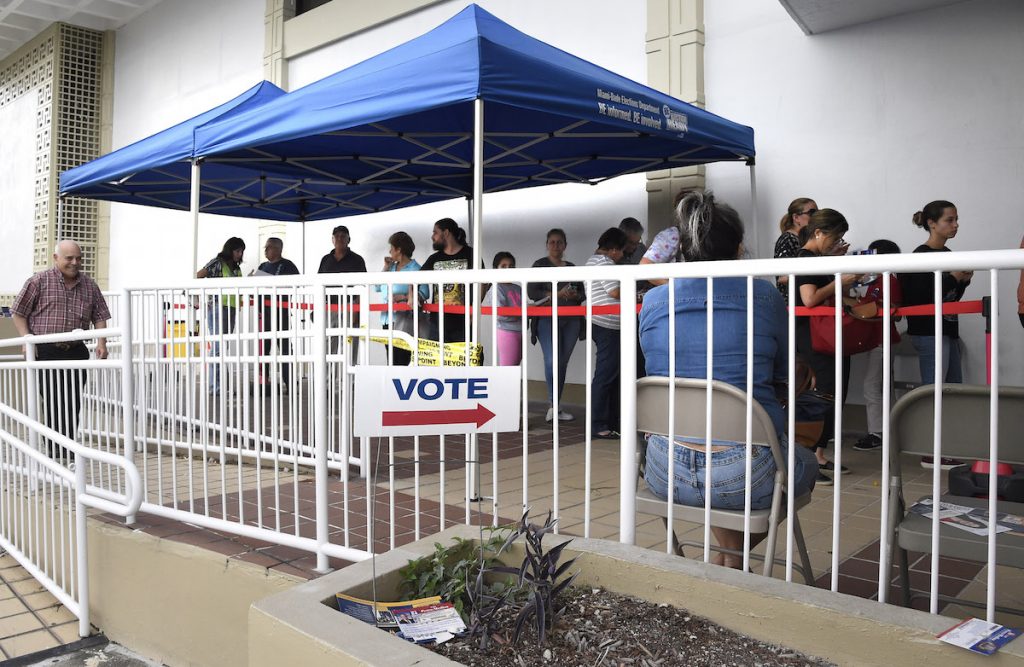 People line up to vote at an early voting polling centre in Miami, Florida on November 3, 2016. RHONA WISE/AFP/Getty Images

Top line: “On Friday, FBI Director James Comey shook the presidential race by notifying Congress that the agency had discovered new information that may be relevant to an investigation into whether Clinton’s use of a private server and private email address violated security rules and laws.

In July, after a lengthy investigation, the FBI and Department of Justice declined to pursue charges in the case. While criticizing Clinton’s actions, Comey said ‘no reasonable prosecutor’ would bring a case based on the evidence agents found.
But agents recently discovered emails that may be relevant to the case when examining the computer of former New York Rep. Anthony Weiner, the estranged husband of one of Clinton’s top aides, Huma Abedin.

Top line: “…a man Wednesday suspected in the early morning killings of two Des Moines area police officers who were shot to death while sitting in their patrol cars in what authorities described as separate ambush-style attacks.” 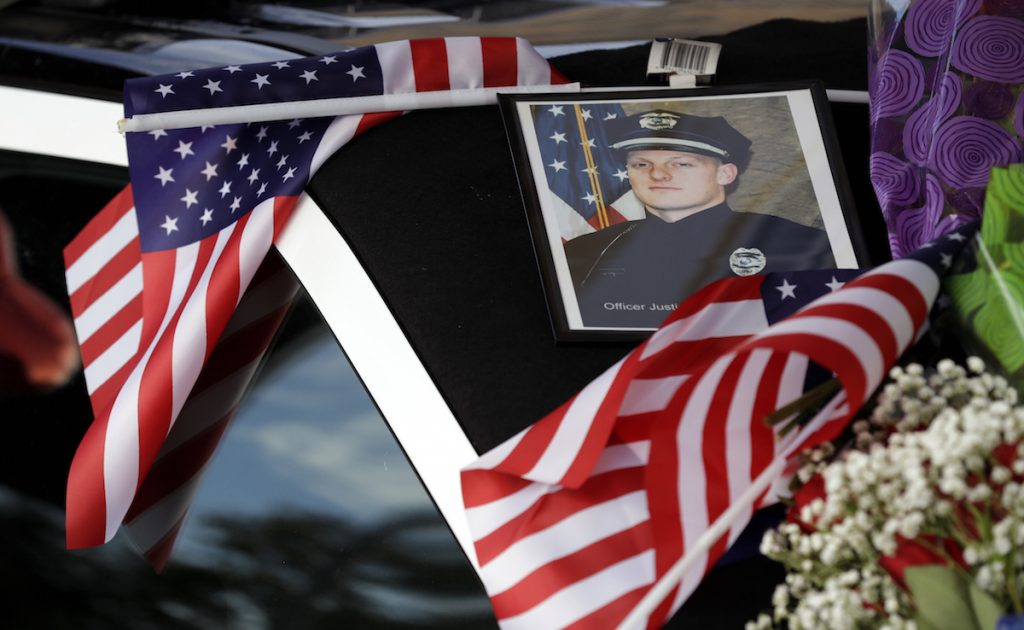 5. Fierce fight on edge of Mosul may be a preview of battle to come—CNN, Tim Lister and Ray Sanchez

Top line: “Defeating ISIS in Mosul would represent a major victory for the Abadi government as it struggles to boost its credibility, prove its military prowess and end the terrorist group’s territorial dominance in Iraq’s oil-rich north.

Altogether, the Iraqi force is about 30,000-strong, and includes troops from elite units such as the Counter Terrorism Force and the Golden Division. These were among the same units involved in heavy fighting in the liberation of Falluja and Ramadi.

But they’re not as strong as they once were. They come to battle with a mix of qualities and capabilities among regiments.”

Top line: “Two former officials linked to New Jersey Gov. Chris Christie’s office were found guilty on all charges Friday in connection with the closure of lanes in 2013 on the George Washington Bridge in an apparent act of political retribution, the fallout for which has come to be known as Bridgegate.

Bridget Anne Kelly, the former deputy chief of staff to Christie, and Bill Baroni, the former deputy executive director of the Port Authority of New York and New Jersey, both faced seven counts of various charges including conspiracy, fraud, and civil rights deprivation.”

Top line: “In fighting a lawsuit filed by the former professional wrestler Hulk Hogan, Gawker Media lost nearly everything — the verdict, its founder, its independence — but it maintained its resolute conviction that it would win on appeal.

On Wednesday, however, Gawker capitulated, settling with Hulk Hogan, whose real name is Terry G. Bollea, for $31 million, according to court documents, and bringing to a close a multiyear dispute that stripped the company of much that once defined it.”

9. Brexit plans in disarray as high court rules parliament must have its say—The Guardian, Owen Bowcott and Jessica Elgot

Top line: “Parliament alone has the power to trigger Brexit by notifying Brussels of the UK’s intention to leave the European Union, the high court has ruled.

The judgment, delivered by the lord chief justice, Lord Thomas of Cwmgiedd, is likely to slow the pace of Britain’s departure from the EU and is a huge setback for Theresa May, who had insisted the government alone would decide when to trigger the process.”

Top line: “The Chicago Cubs finally got out from behind the (190)8 ball, winning their first World Series in 108 years and ending the longest championship drought by any major American sports team.

The Cubs — America’s most lovable sad sacks, its glorious sporting schlemiels, its embodiment of the jinx — defeated the Indians 8-7 in an incredible 10-inning marathon that stretched into Thursday morning in Cleveland. And the Billy Goat Tavern needs a new gimmick.”