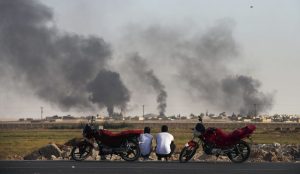 In five days, the U.S-Kurdish alliance in Syria fell apart following President Donald Trump’s decision to withdraw U.S. troops from the area, allowing Turkey’s military to begin an air and ground attack on the Kurds, who had been fighting the Islamic State on behalf of the U.S.. The decision received near universal criticism by Congress, as well as military and world leaders.

Meanwhile, the Pentagon announced that it would deploy over 1,500 additional troops plus advanced weaponry to Saudi Arabia amid ongoing tensions with neighboring Iran.

Stateside, the impeachment inquiry into Trump’s communications with the Ukrainian government continued for a second week, with subpoenas issued to the Pentagon, the White House budget office, former U.S. envoy to the European Union Gordon Sondland and Energy Secretary Rick Perry. The FBI also arrested two Ukraine business associates of Rudy Giuliani on campaign finance violations and Congress heard testimony from the ex-ambassador to the Ukraine. However, the White House’s formally stated its stance of noncompliance.

In other domestic news, the U.S. and China agreed to a partial trade deal, courts ruled against Trump’s use of emergency funds for the border wall and effort to block the release of his personal and business tax returns, and the Supreme Court began a new term with a full caseload.

California’s energy provider, PSE&G also made the controversial decision to intentionally cut power to roughly 800,000 homes and businesses in an attempt to preempt wildfires—several of which still managed to alight, destroying homes and killing at least two people.

A shooter with self-described far-right, anti-Semitic motives attacked a synagogue in Germany on the Yom Kippur holiday and killed two people outside the building before being caught.

In achievement news, Team USA won their fifth consecutive gymnastics championship and Simone Biles hit world records of her own, and the 2019 Nobel Prize winners were announced in the categories of chemistry, literature, physiology of medicine, peace, and physics.

Top line: “Turkey intensified its air and artillery strikes in northeast Syria on Friday in an offensive against Kurdish militia that has raised the prospect of a humanitarian disaster and questions about U.S. President Donald Trump’s policy in the region. The Kurds, who recaptured swathes of northeastern Syria from Islamic State with the backing of the United States, say the Turkish assault could allow the jihadist group to re-emerge as some of its followers were escaping from prisons. In its first big attack since the assault began on Tuesday, Islamic State claimed responsibility for a deadly car bomb in Qamishli, the largest city in the Kurdish-held area, even as the city came under heavy Turkish shelling. Five Islamic State fighters fled a jail there, and foreign women from the group being held in a camp torched tents and attacked guards with sticks and stones, the Kurds said.” 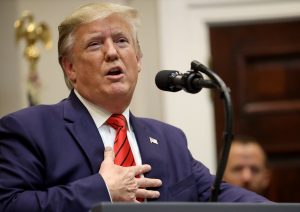 WASHINGTON, DC – OCTOBER 09: U.S. President Donald Trump responds to a question from a reporter at an event for the signing of two executive orders aimed at greater governmental transparency at the White House October 9, 2019 in Washington, DC. Trump answered questions on the pending impeachment inquiry and the Turkish offensive into northern Syria following the signing of the executive orders. (Photo by Win McNamee/Getty Images)

Top line: “The former U.S. ambassador to Ukraine whose abrupt ouster in May has become a focus of House impeachment investigators said Friday that her departure came as a direct result of pressure President Trump placed on the State Department to remove her, according to her prepared remarks before Congress. The account by Marie Yovanovitch depicts a career Foreign Service officer caught in a storm of unsubstantiated allegations pushed by the president’s personal attorney Rudolph W. Giuliani and a cast of former Ukrainian officials who viewed her as a threat to their financial and political interests. She told lawmakers that she was forced to leave Kiev on “the next plane” this spring and subsequently removed from her post, with the State Department’s No. 2 official telling her that, although she had done nothing wrong, the president had lost confidence in her and the agency had been under significant pressure to remove her since the summer of 2018.”

Top line: “The U.S. and China agreed on the outlines of a partial trade accord Friday that President Donald Trump said he and his counterpart Xi Jinping could sign as soon as next month. As part of the deal, China would significantly step up purchases of U.S. agricultural commodities, agree to certain intellectual-property measures and concessions related to financial services and currency, Trump said Friday at the White House. In exchange, the U.S. will delay a tariff increase due next week as the deal is finalized, though new levies scheduled for December haven’t yet been called off. The agreement marks the largest breakthrough in the 18-month trade war that has hurt the economies of both nations. Importantly, Trump said the deal was the first phase of a broader agreement. The president indicated he could sign a deal with Xi at an upcoming November summit in Chile.”

Top line: “The Pentagon will deploy 1,800 more troops to Saudi Arabia in response to requests by the leading US military commander in the Middle East and, in part, because the US Navy is unable to send a relief aircraft carrier to deter potential Iranian aggression, multiple US officials tell CNN. The move to bolster troops in the Middle East comes as President Donald Trump’s decision to pull back US military forces from northeastern Syria has prompted bipartisan criticism from lawmakers who say the President has given Turkey an opening to attack US Kurdish allies who helped in the fight against ISIS. And it follows a Thursday tweet from Trump decrying US involvement in the Middle East, in which he said that “going into the Middle East is the worst decision ever made!” He added that “we are slowly and carefully bringing our great soldiers & military home.”” 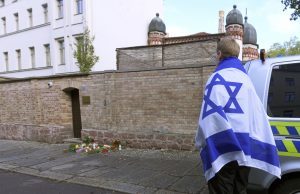 A person with a flag of Israel stands next to flowers and candles in front of a synagogue in Halle, Germany, Thursday, Oct. 10, 2019. A heavily armed assailant ranting about Jews tried to force his way into a synagogue in Germany on Yom Kippur, Judaism’s holiest day, then shot two people to death nearby in an attack Wednesday that was livestreamed on a popular gaming site. (AP Photo/Jens Meyer)

Top line: “A shooting at a synagogue in the German city of Halle on Wednesday was a far-right terror attack, said Justice Minister Christine Lambrecht. Alleged perpetrator Stephan Balliet had four kilos (9lb) of explosives in his car, Ms Lambrecht said in a statement with attorney-general Peter Frank. Mr Frank said the gunman had been planning a massacre. The suspect, 27, faces two counts of murder and nine counts of attempted murder, German media report. The German national is due to appear in court on Thursday afternoon. Prosecutors allege he intended to create a “worldwide effect” by deliberately mimicking tactics used during a mass shooting at two New Zealand mosques earlier this year. About 2,200 people watched a live stream he allegedly posted on the online streaming platform Twitch.”

Top line: “The Nobel Peace Prize was awarded Friday to a dynamic young African leader whose sweeping reforms and surprising embrace of a bitter rival have been praised as an inspiration to the continent and a hopeful counterpoint to strongman movements far beyond it. Now the task for Ethiopian Prime Minister Abiy Ahmed is reining in the ethnic violence that followed the loosening of repressive controls, and resisting any urge to crack down. “He deserves it and the new challenge is keeping it,” one outspoken African activist, Nigerian Shehu Sani, said of the award. Abiy, a favorite to win despite speculation about young climate activist Greta Thunberg, told the Nobel committee he was humbled and thrilled to receive its 100th peace prize, calling peace “a rare commodity in our region.” He hoped the award would encourage other African leaders.”

Top line: “A wildfire whipped by the treacherous Santa Ana winds jumped two freeways northwest of Los Angeles overnight Friday, consuming 4,700 acres, damaging at least 25 homes and forcing the evacuation of more than 100,000 people, authorities said. Los Angeles Fire chief Ralph Terrazas warned that the fire — dubbed the Saddleridge fire — was devouring 800 acres an hour. The blaze erupted late Thursday along the northern tier of the San Fernando Valley. Terrazas said the fire, as of Friday morning, was “zero” contained. The most immediate task, he said, was to use helicopters and “super scooper,” water-carrying, fixed-wing aircraft to establish some fire lines and stop it from spreading. Authorities on Friday reported two people have died: A man in his 50s went into cardiac arrest and died near the Saddleridge fire. One person was killed in Riverside County, east of Los Angeles, in the Sandalwood fire that earlier swept through a hilltop mobile home park, destroying 74 structures and damaging 16 others in Calimesa.”

Top line: “A federal appeals court on Friday upheld a subpoena for President Donald Trump’s financial records from the Democrat-controlled House Committee on Oversight and Reform. The 2-1 ruling by the U.S. Court of Appeals for the District of Columbia Circuit rejected Trump’s bid to block the committee from getting eight years’ worth of his financial records from the accounting firm Mazars USA. The committee on April 15 issued Mazars a subpoena for various financial statements related to the Trump Organization, the Trump Corporation and the Trump Old Post Office in Washington. Trump’s financial records will not be released immediately to the committee. The appeals panel ordered that the effect of the ruling be put on hold to give Trump time to either seek a rehearing of the case by either the same panel, or by the the full line-up of D.C. Circuit judges. Trump also can ask the U.S. Supreme Court to take his appeal.” 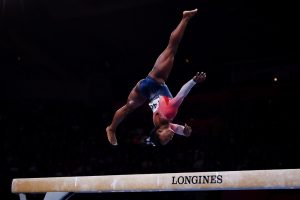 Top line: “The Supreme Court may be eager to portray itself as an apolitical institution. But this term, political questions writ large are knocking at the high court door. The upcoming term will almost surely be a march to the right on almost every issue that is a flashpoint in American society. Among them: abortion, guns, gay rights, the separation of church and state, immigration and presidential power. Also headed to the court are cases testing the power of Congress to get information from the executive branch and elsewhere, information that is relevant to congressional oversight and potentially, to impeachment.”