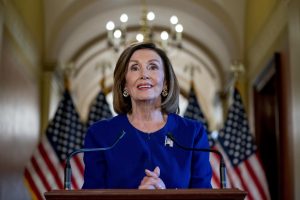 It was a historic week, with President Donald Trump facing an official impeachment inquiry by the U.S. House of Representatives, announced by Speaker Nancy Pelosi in response to Trump and his administration’s alleged effort to pressure the Ukrainian government to investigate his political rival, former Vice President Joe Biden.

Other world leaders saw challenges, as well, with British Prime Minister Boris Johnson’s decision to suspend parliament ruled “unlawful” by the U.K. Supreme Court, Israeli Prime Minister Benjamin Netanyahu being given another chance to form a government after having come in second in the country’s latest elections.

The U.S. announced a limited trade deal with Japan, a tentative agreement with Honduras to send migrants there despite rampant violence, the lowest ever refugee cap for the nation, the worst-ever levels of income inequality, the passage of a stopgap budget, an expansion of overtime eligibility, and a new Department of Labor Secretary in Eugene Scalia.

High-profile businesses also struggled, with British tour operator Thomas Cook collapsing and stranding hundreds of thousands of travelers overseas, e-cigarette retailer Juul halting all U.S. ads and changing CEOs as the death toll rose from vaping-related illnesses, and airplane manufacturer Boeing not only agreeing to pay out a multi-million dollar settlement to families of crash victims but receiving the first safety report from the National Transportation Safety Bureau.

Top line: “House Democrats took their first concrete steps in the impeachment investigation of President Donald Trump on Friday, issuing subpoenas demanding documents from Secretary of State Mike Pompeo and scheduling legal depositions for other State Department officials. At the end of a stormy week of revelation and recrimination, House Speaker Nancy Pelosi framed the impeachment inquiry as a somber moment for a divided nation. At the White House, a senior administration official confirmed a key detail from the unidentified CIA whistleblower who has accused Trump of abusing the power of his office. Trump, for his part, insisted anew that his actions and words have been “perfect” and the whistleblower’s complaint might well be the work of “a partisan operative.”” 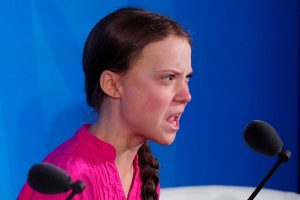 Top line: “The world’s oceans and mountains are in peril, and so are we, according to a major new report from United Nations climate scientists released early Wednesday. The “Special Report on Oceans and the Cryosphere” offers a bleak picture. It warns that the world’s oceans have reached or are nearing critical tipping points: Oceans have gotten warmer, more acidic and are losing oxygen, resulting in a cascade of negative effects that are wreaking havoc on coral and other marine ecosystems, threatening the collapse of the world’s fisheries and turbocharging deadly hurricanes and tropical storms. In an unprecedented effort, teams of scientists from the U.N.’s Intergovernmental Panel on Climate Change explored the farthest corners of Earth, from the highest Alpine regions to the deepest oceans, said Ko Barrett, panel vice chair and a NOAA deputy assistant administrator for research, “and even in these remote places climate change is evident.””

Top line: “The UK Supreme Court ruled on Tuesday that Boris Johnson’s decision to shut down parliament in the run-up to Brexit was unlawful, but a defiant prime minister said he disagreed and vowed that Britain would leave the EU by Oct. 31, come what may. The stinging judgement by all 11 of the court’s sitting justices undermines Johnson’s already fragile grip on power and gives legislators more scope to try to stop him taking Britain out of the bloc next month, with or without a divorce deal. Responding in New York to the decision, which said that the suspension was null and void, Johnson said he would respect the ruling but “strongly disagreed” with it, making clear the setback would make no difference to his Brexit agenda.” 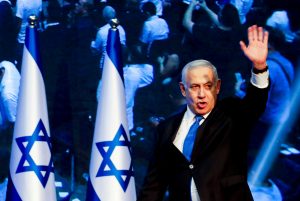 Top line: “Israel’s president has tasked Benjamin Netanyahu with forming a coalition government, throwing a lifeline to the incumbent prime minister after an inconclusive election threatened to end his political career. Reuven Rivlin’s offer does not guarantee Netanyahu will lead Israel’s next administration. Before that can happen, Netanyahu has up to six weeks to forge a majority coalition in Israel’s parliament. With a divided Knesset, the 69-year-old leader now faces an uphill battle to secure support from at least 61 of 120 lawmakers. If his attempts fail, Rivlin could assign the task to someone else, most likely Benny Gantz, the leader of the opposition. Many fear a third election will be called if the stalemate holds. The president had been pushing the two main parties to put aside their differences and form a unity government as together they would have more than enough seats for a majority. Talks appeared to have stalled.”

Top line: “The United States and Japan have struck a limited trade deal that will cut tariffs on agricultural and industrial products as well as provide rules for digital trade. President Donald Trump and Japanese Prime Minister Shinzō Abe announced the agreement during a meeting on Wednesday on the sidelines of the United Nations General Assembly. Japan agreed to cut or eliminate tariffs on beef, pork and other commodities on a level similar to what Tokyo agreed to in the Trans-Pacific Partnership — a trade deal that the president withdrew from during his early days in office. The deal could provide some badly needed relief to U.S. farmers who have been hit hard by Trump’s trade fight with China. The U.S. agreed to cut its duties on Japanese imports of turbines, machine tools, bicycles, green tea, flowers and other goods. A senior administration official emphasized that the agreement will help producers keep pace with foreign competitors who are increasing sales in Japan now that the 11-nation TPP is in effect, without the U.S.”

6. U.S. announces asylum deal with Honduras, could send migrants to one of world’s most violent nations – The Washington Post, Nick Miroff

Top line: “The Trump administration announced a migration deal Wednesday that will give U.S. immigration authorities the ability to send asylum seekers from the border to Honduras, one of the most violent and unstable nations in the world. Department of Homeland Security officials reached the accord with the government of President Juan Orlando Hernández, who is embroiled in allegations of government corruption and charges that he and others have been operating the nation as a criminal enterprise — Hernández has been named as a co-conspirator in a major U.S. drug trafficking case. More than 250,000 Hondurans have crossed the U.S. border during the past 11 months alone, many filing protection claims that have added to the soaring number of asylum cases clogging U.S. courts.” 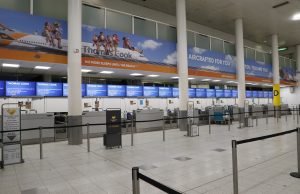 Top line: “British tour operator Thomas Cook collapsed on Sunday night, stranding hundreds of thousands of travelers and putting 21,000 jobs at risk. The 178-year-old company said in a statement that its board “concluded that it had no choice but to take steps to enter into compulsory liquidation with immediate effect” after talks on a financial rescue failed. All Thomas Cook bookings have been canceled, the UK Civil Aviation Authority tweeted. Peter Fankhauser, Thomas Cook’s chief executive, apologized to customers, employees, suppliers and partners. The move triggers the largest ever peacetime repatriation in the history of the United Kingdom, topping the operation the government carried out after the 2017 collapse of Monarch Airlines. There are more than 150,000 UK outbound Thomas Cook customers abroad, almost twice the number that were repatriated following the failure of Monarch, according to the aviation authority.”

Top line: “The Senate on Thursday confirmed Eugene Scalia, a longtime lawyer representing corporations, to be labor secretary. Mr. Scalia was chosen by President Trump in July, days after Mr. Trump’s first labor secretary, R. Alexander Acosta, announced that he would resign. He is a son of the Supreme Court justice Antonin Scalia, who died in 2016. The nomination was approved on a 53-to-44 vote along party lines. Senator Lamar Alexander of Tennessee, chairman of the committee that presided over Mr. Scalia’s confirmation, summed up the Republican viewpoint. “Eugene Scalia is well qualified to lead the Department of Labor with a steady hand at a time when workers’ wages are up and unemployment is near record lows,” he said in a statement. But Democrats and labor groups questioned whether Mr. Scalia’s background was consistent with the interests of American workers.”

Top line: “An outbreak of a mysterious lung disease worsened over the last week with 805 confirmed or probable cases, a 52% surge over the previous week, the Centers for Disease Control and Prevention said Thursday. At least 12 people have died across 10 states, the CDC said, citing data compiled through Tuesday. Health officials still don’t know what is making people sick. The increase in cases from last week represents new cases and recent reporting of previously identified cases. Patients have been found in 46 states, up from 38 last week, and one U.S. territory. The disease is impacting mostly men, and all reported cases have a history of e-cigarette or vaping use, health officials said. Two-thirds of the victims are ages 18 to 34 and 16% are under age 18, the CDC said.”

Top line: “Federal transportation investigators say Boeing should reevaluate the way it prepares pilots to respond to emergencies and faulted the aircraft maker for making assumptions about the design of cockpit systems in the first safety analysis released since two crashes of 737 Max planes killed 346 people. The National Transportation Safety Board on Thursday issued seven recommendations after probing the events that led up to crashes in Indonesia and Ethiopia, when aircraft design flaws took the planes into steep dives that pilots were unable to correct.”

~ HeatherC is reading Multiracial In America by Medium