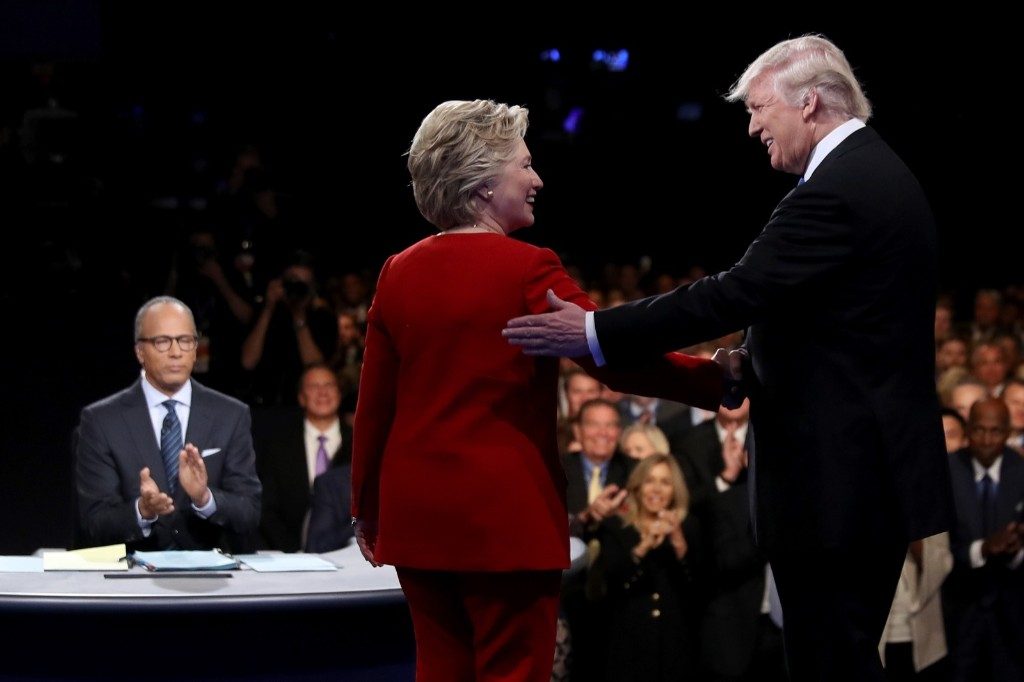 This week was dominated by the first presidential debate and the fallout following the 90-minutes of sparring between Hillary Clinton and Donald Trump. A train crash in New Jersey injured more than 100 and killed one, and Congress rebuked Obama by issuing the first veto override of his presidency. The world also bid farewell to Shimon Peres, Arnold Palmer and Jose Fernandez.

Read the biggest news stories of the week, as they appeared in The Daily Edition.

Top line: “In a relentlessly antagonistic debate, Donald J. Trump and Hillary Clinton clashed over trade, the Iraq war, his refusal to release his tax returns and her use of a private email server, with Mr. Trump frequently showing impatience and political inexperience as Mrs. Clinton pushed him to defend his past denigration of women and President Obama.”

Top line: “A commuter train plowed into a station in New Jersey at the height of Thursday’s morning rush hour, killing one person on the platform and injuring more than 100 as it brought down part of the roof and scattered debris over the concourse.” 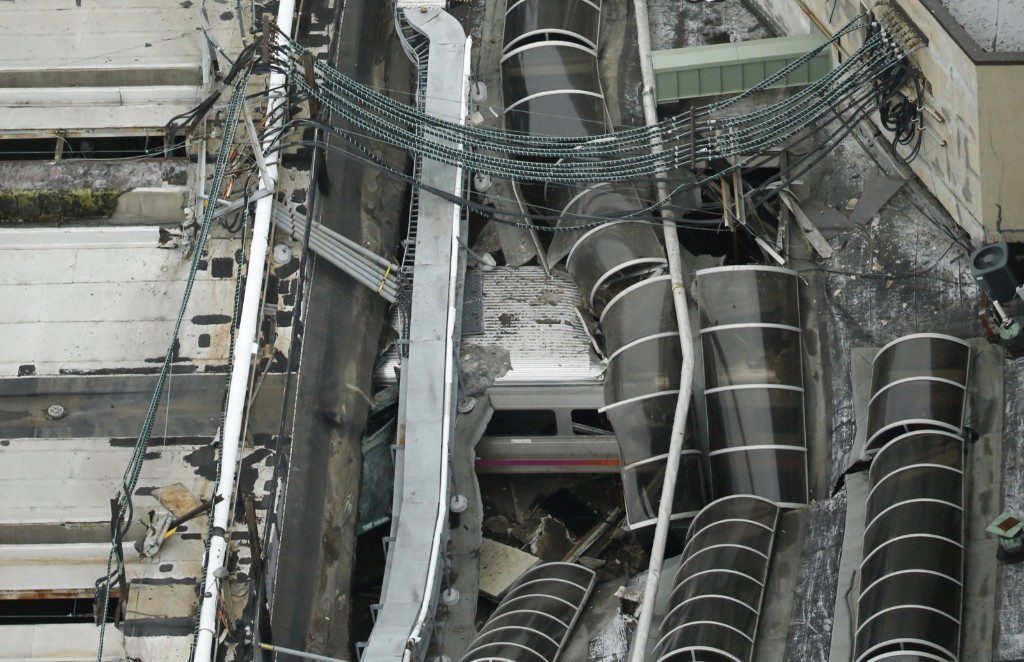 A derailed New Jersey Transit train under a collapsed roof after it crashed into the station in Hoboken injuring upwards of 100 and killing at least one. REUTERS/Carlo Allegri

Top line: “Shimon Peres, one of the last surviving pillars of Israel’s founding generation, who did more than anyone to build up his country’s formidable military might, then worked as hard to establish a lasting peace with Israel’s Arab neighbors, died on Wednesday in a Tel Aviv area hospital. He was 93.” 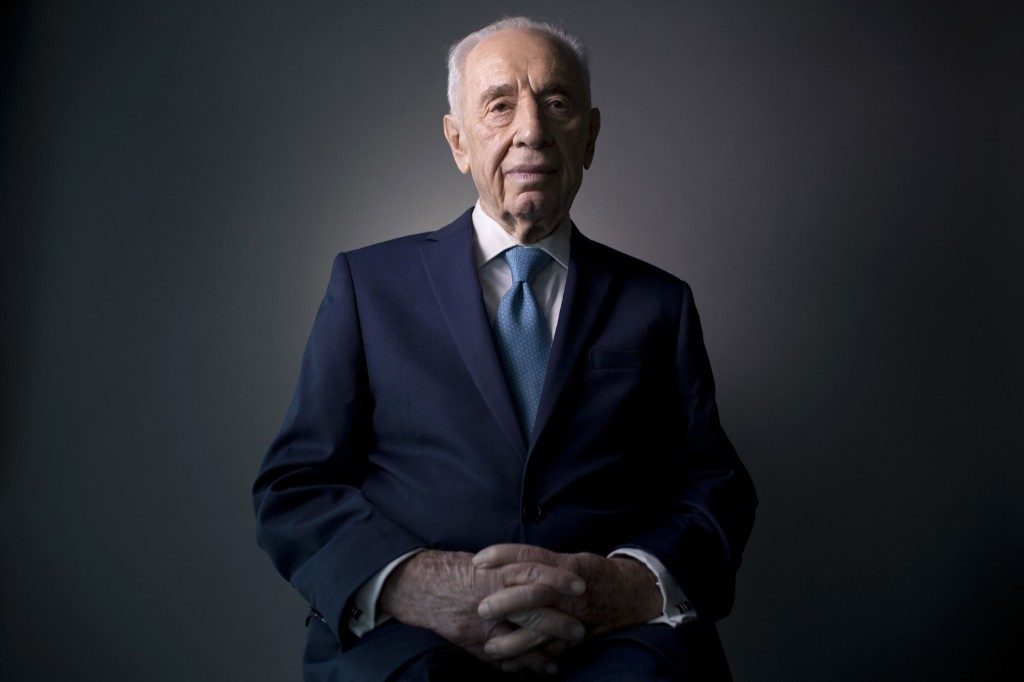 Top line: “Nazi emblems were found among the “personal effects” of the man who was killed in Houston Monday after wounding nine people in a mass shooting, according to the head of the police homicide division.”

Top line: “The plan is to send about 100 people per trip, though [Elon] Musk wants to ultimately take 200 or more per flight to make the cost cheaper per person. The trip can take as little as 80 days or as many as 150 depending on the year and the technology. The hope is that the transport time will be only 30 days ‘in the more distant future.’

The rocket booster will have a diameter of 12 meters and the stack height will be 122 meters. The spaceship should hold a cargo of up to 450 tons depending on how many refills can be done with the tanker.” 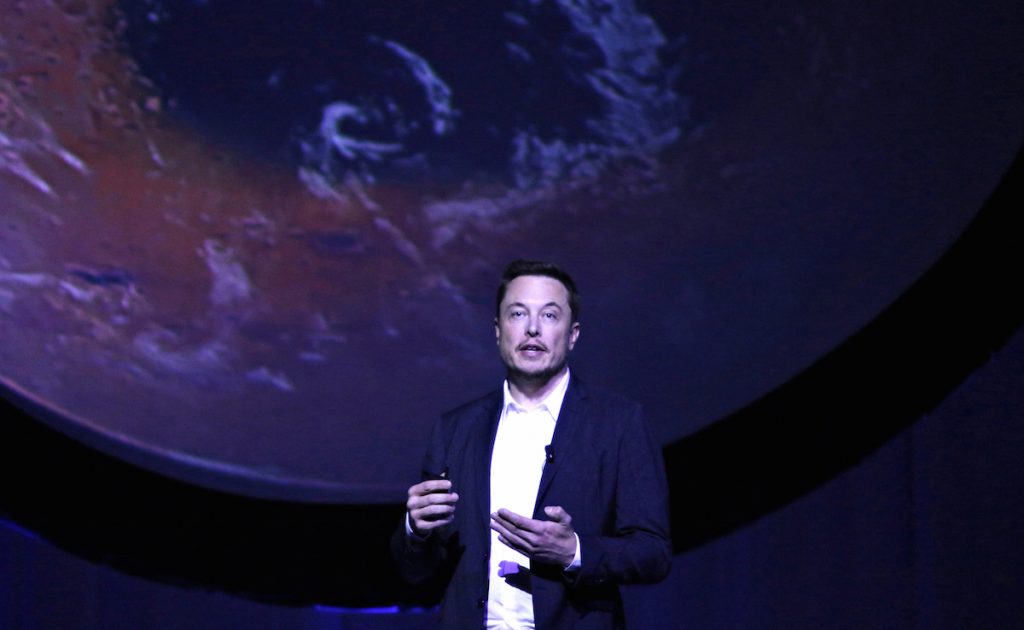 Top line: “In a resounding rebuke, Democrats joined with Republicans Wednesday to hand Barack Obama the first veto override of his presidency, voting overwhelmingly to allow families of Sept. 11 victims to sue Saudi Arabia in U.S. courts for its alleged backing of the attackers.

Both the House and Senate voted decisively to reverse Obama’s decision to scuttle the legislation. Democrats in both chambers abandoned the president in large numbers despite warnings from Obama and top national security officials that flaws in the bill could put U.S. interests, troops, and intelligence personnel at risk.” 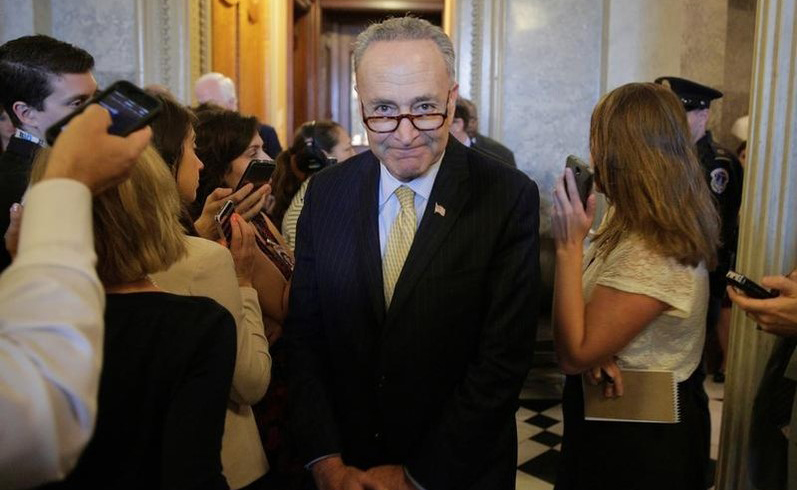 Senator Chuck Schumer (D-NY) walks after the Senate voted to override U.S. President Barack Obama’s veto of a bill that would allow lawsuits against Saudi Arabia’s government over the Sept. 11 attacks, on Capitol Hill in Washington, U.S., September 28, 2016. REUTERS/Joshua Roberts

Top line: “In a turnabout, police here Friday decided to release two videos, taken by a taco-stand employee and a customer, showing the minutes leading to the fatal shooting by police of an unarmed black man.

Police on Tuesday night had released a still photo taken from a video showing the police killing hours earlier of Alfred Olango, 38, an immigrant from Uganda.”

Top line: “Wells Fargo CEO John Stumpf will forfeit much of his 2016 salary — including his bonus and $41 million in stock awards — as the bank launches a probe into its phony accounts scandal.”

Top line: “Palmer, who died Sunday in Pittsburgh at age 87, was the accessible common man who would become the King and lead his own army. Along the way he became one of the sport’s best players and a successful businessman, philanthropist, trailblazing advertising spokesman, talented golf course designer and experienced aviator.” 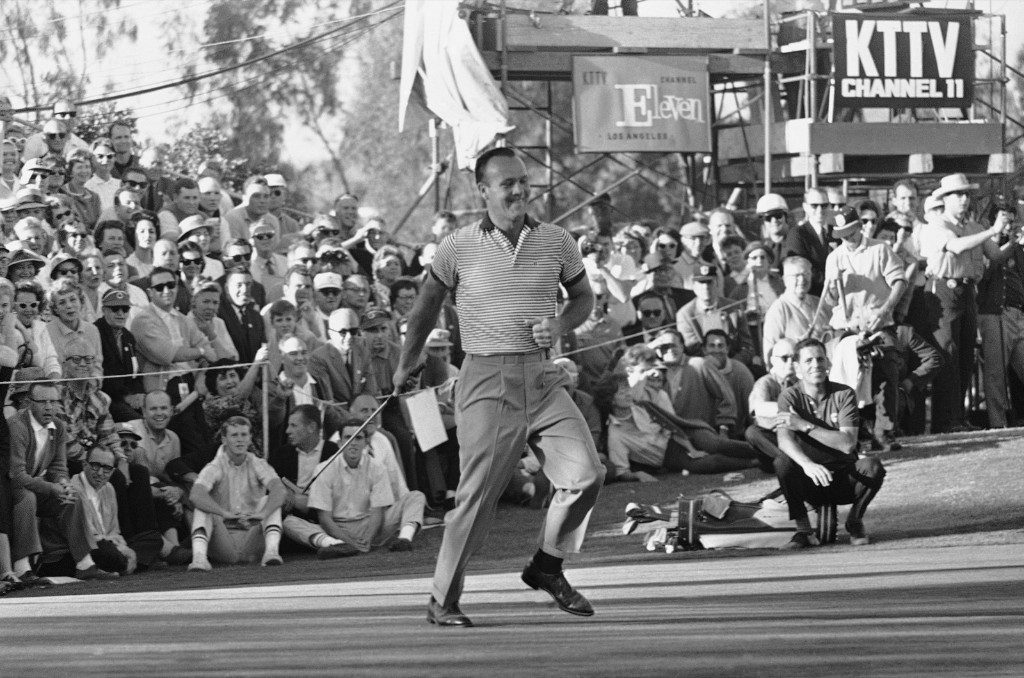 Arnold Palmer strides across the 18th green with nothing left to do but tap the ball into the cup for first place in the Los Angeles Open golf tourney, Jan. 8, 1963. AP Photo

Top line: “Fernandez was one of the most dominant pitchers in the game and a bright young star…Fernandez defected from Cuba at the age of 15. He had previously been caught trying to leave the country and spent time in a Cuban prison. From those humble origins, he became one of baseball’s most charismatic, talented and beloved players.” 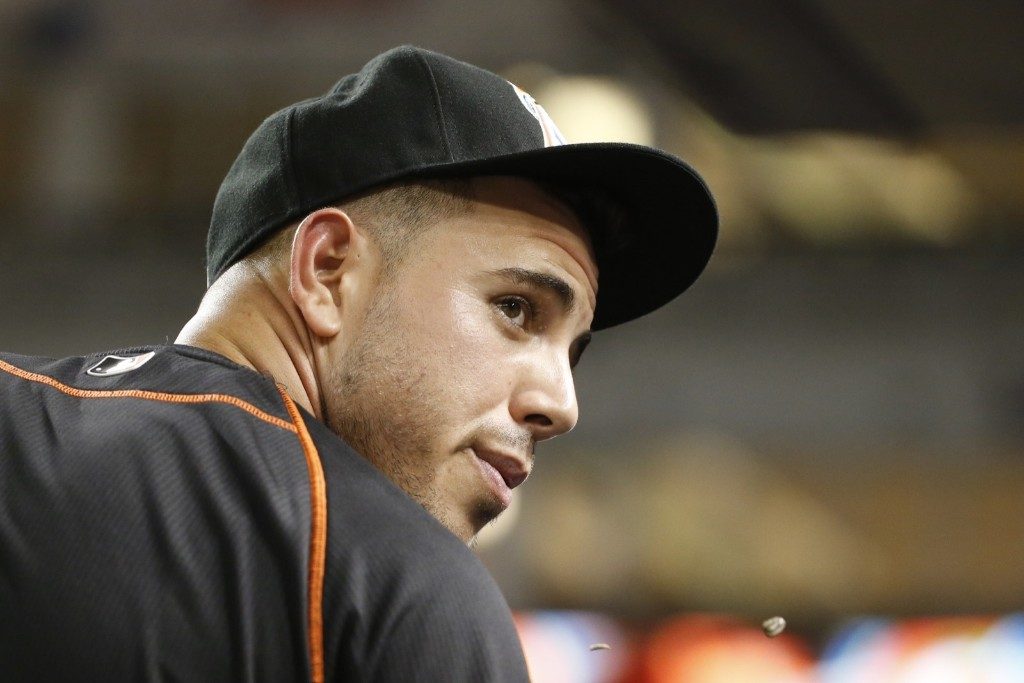