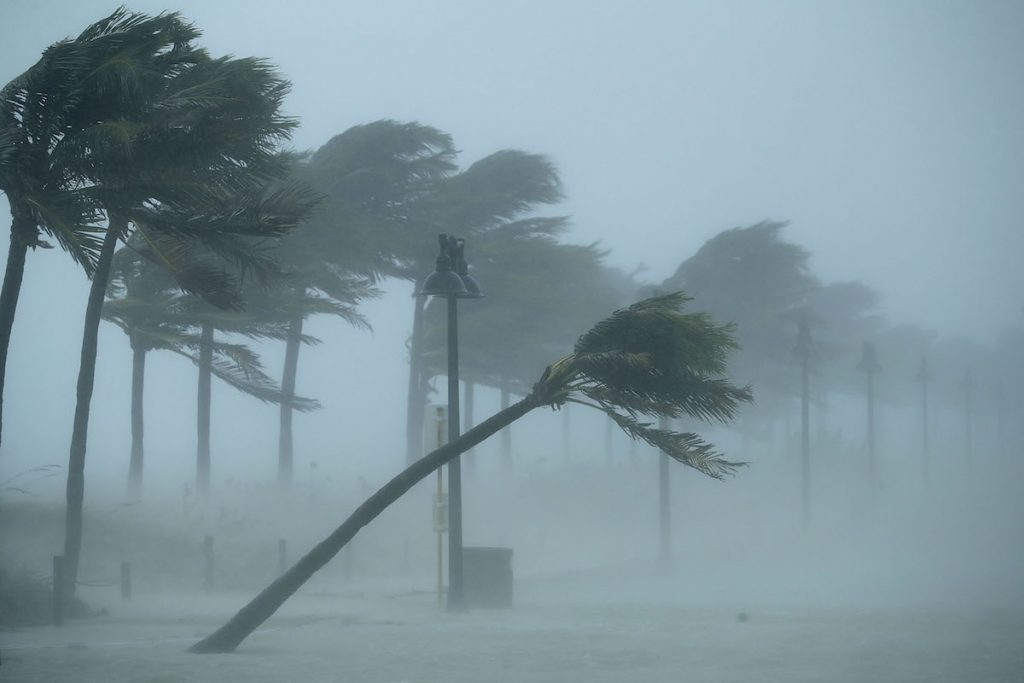 All eyes are on the deadly Hurricane Irma, which made landfall in the U.S. after a destructive path through the Caribbean. The latest natural disaster followed a week that included an emergency aid package for Hurricane Harvey being signed by President Donald Trump, an announcement about the end of DACA and an earthquake in Mexico with a growing death count.

Top line: “President Donald Trump ignored seething Republicans and made good on his deal with Democrats, signing legislation that links $15.3 billion in disaster aid to an increase in the U.S. borrowing limit.”

Top line: “The Trump administration Tuesday formally announced it will end the Deferred Action for Childhood Arrivals program — also called DACA — putting an expiration date on the legal protections granted to roughly 800,000 people known as ‘DREAMers,’ who entered the country illegally as children.”

Top line: “Equifax Inc faced a storm of criticism on Friday over a hack that may have compromised personal data for some 143 million Americans, with consumers clamoring for answers and cyber security experts questioning the response to the massive breach…

The hack, among the largest ever recorded, was especially alarming due to the richness of the information exposed, which included names, birthdays, addresses and Social Security and driver’s license numbers, cyber researchers said.”

Top line: “About 270,000 Rohingya Muslims have sought shelter in Bangladesh since violence erupted in Myanmar two weeks ago, the UN says…

Rohingya residents – a stateless mostly Muslim minority in a Buddhist-majority nation – say the military and Rakhine Buddhists responded with a brutal campaign against them.

Myanmar rejects this, saying its military is fighting against Rohingya militants.”

Top line: “Representatives of Facebook told congressional investigators Wednesday that the social network has discovered that it sold ads during the U.S. presidential campaign to a shadowy Russian company seeking to target voters, according to several people familiar with the company’s findings.

Facebook officials reported that they traced the ad sales, totaling $100,000, to a Russian ‘troll farm’ with a history of pushing pro-Kremlin propaganda, these people said.”

Top line: “For decades, spying on another team has been as much a part of baseball’s gamesmanship as brushback pitches and hard slides. The Boston Red Sox have apparently added a modern — and illicit — twist: They used an Apple Watch to gain an advantage against the Yankees and other teams.

Investigators for Major League Baseball have determined that the Red Sox, who are in first place in the American League East and very likely headed to the playoffs, executed a scheme to illicitly steal hand signals from opponents’ catchers in games against the second-place Yankees and other teams, according to several people briefed on the matter.”

Top line: “A brush fire that triggered hundreds of evacuations in Glendale and Burbank as it tore across the Verdugo Mountains over the weekend was 80% contained Tuesday evening, Los Angeles fire officials said.

The La Tuna fire, which began Friday afternoon amid a sweltering heat wave, shut down miles of the 210 Freeway in the Sunland-Tujunga area for days as winds whipped the flames in all directions.”

A three-judge panel of the 9th U.S. Circuit Court of Appeals unanimously declined to overturn a district court judge’s ruling that the administration was taking too narrow a view of an exception the Supreme Court carved out from the travel ban in June.”

~GabyS is following the end of the U.S. Open