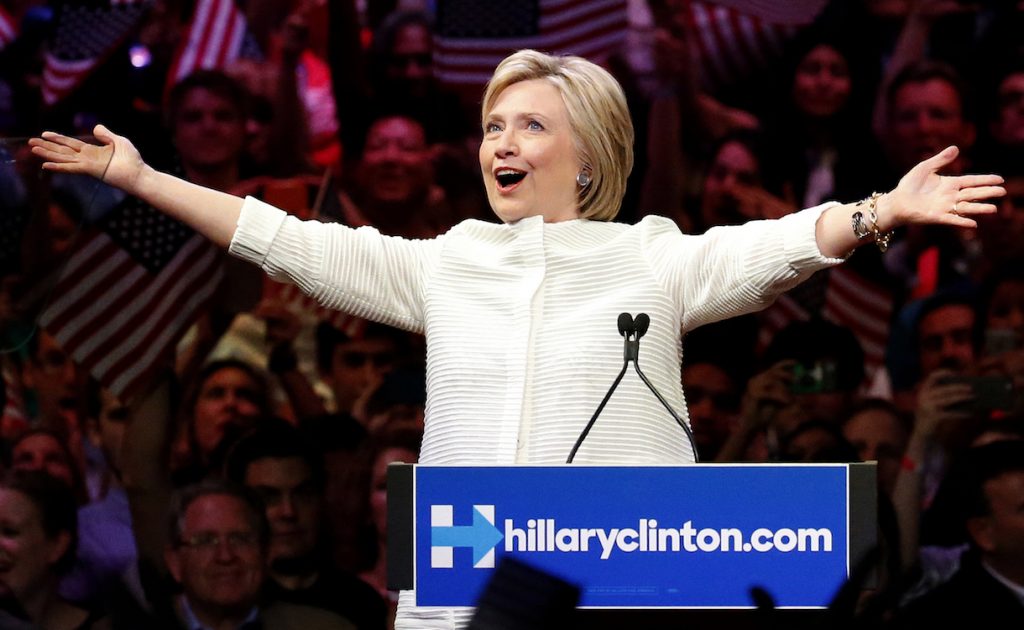 Hillary Clinton made history this week, becoming the first female candidate be in with a chance of being elected the President of the USA. She was endorsed by current President Barack Obama and other senior members of the Democratic party. Israeli and Palestinian tensions rose following a shooting in Tel Aviv in which four people were killed. In Kentucky, the world mourned boxing legend Muhammad Ali as his funeral was held in front of thousands in his home town of Louisville.

Read more about these topics and issues in stories from this week’s Daily Edition below.

Top line: “Hillary Clinton embraced her moment in history Tuesday, becoming the first woman in the 240-year life of the United States to lead the presidential ticket of a major political party.”

Top line: “Two Palestinians opened fire near a popular open-air market in central Tel Aviv on Wednesday night, killing four Israelis and wounding at least five others in one of the deadliest attacks in an eight-month wave of violence.”

Top line: “Louisville, Kentucky, welcomed the world on Friday to celebrate the life of its favorite son, legendary boxer and social activist Muhammad Ali, who died June 3 at the age of 74.”

Top Line: “Modi’s address to the joint session caps a U.S. trip intended to fortify ties between the world’s two largest democracies. The Indian prime minister lauded the U.S. Constitution as the inspiration for his own nation’s government and connected Martin Luther King’s quest for civil rights to Mahatma Gandhi’s nonviolent leadership of India’s independence movement.”

Top line: “The new measures include authorizing U.S. troops, stationed in Afghanistan on a dual training and counterterrorism mission, to begin accompanying conventional local forces on the battlefield in a way that now occurs only with elite Afghan forces. That, in turn, could mean greater use of U.S. airpower to support those American and Afghan forces as they do battle.”

Top line: “Senator Bernie Sanders met with President Obama on Thursday and said afterward that he would do everything within his power to stop Donald J. Trump from becoming president — and would work closely with Hillary Clinton to make that happen.”

Top line: “A car bomb ripped through a police bus in central Istanbul during the morning rush hour on Tuesday, killing 11 people and wounding 36 near the main tourist district, a major university and the mayor’s office.”

Top line: “David Gilkey, an NPR photojournalist who chronicled pain and beauty in war and conflict, was killed in Afghanistan on Sunday along with NPR’s Afghan interpreter Zabihullah Tamanna.

David and Zabihullah were on assignment for the network traveling with an Afghan army unit. They were in an armored Humvee driven by a soldier of the Afghan National Army. All three were killed after the Humvee was hit by rocket propelled grenades in an apparent ambush.”

Top line: “Colin is the latest in a series of severe weather events across the country, from record-breaking heat in the West to flooding in Texas and storms that are expected to cause problems in the nation’s capital and mid-Atlantic region.

Although the 2016 Atlantic hurricane season began only five days ago, Colin is already the third storm of the year.”