Eight Fan-Curated Magazines Remain. Only One Will Represent the 2014 World Cup Champion 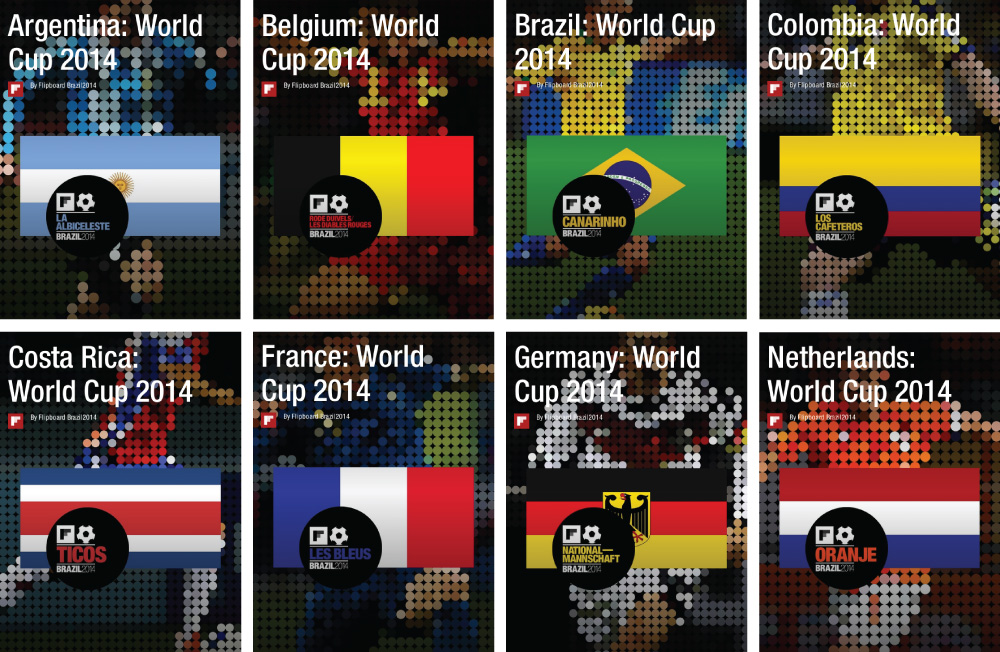 From an initial field of 32 national teams, the 2014 World Cup has now been winnowed down to a quarterfinal group of eight. There’s been plenty of drama and surprise, with early favorites England, Spain and Italy eliminated in the early rounds, while Uruguay’s Luis Suárez was banned for taking a bite out of an opposing player. Here in the United States, high hopes for Team USA were dashed after a tough loss to Belgium. It’s already been a World Cup to remember.

Amid all the soaring highs and plummeting lows, we’ve been impressed by the the hundreds of MagMakers who have volunteered to co-curate our lineup of Brazil 2014 team magazines.

Every one of our 32 fan-curated magazines delivers a perspective on the World Cup that you won’t find anywhere else. Yet with the quarterfinals set to begin, all eyes are now on the eight magazines that represent the teams still in the running for the championship: Argentina, Belgium, Brazil, Colombia, Costa Rica, France, Germany and the Netherlands.

From that elite group, one team will emerge as the 2014 World Cup Champion. Follow the action in our Brazil 2014 magazines, and save some applause for all the fan-curators who will bring it to you!