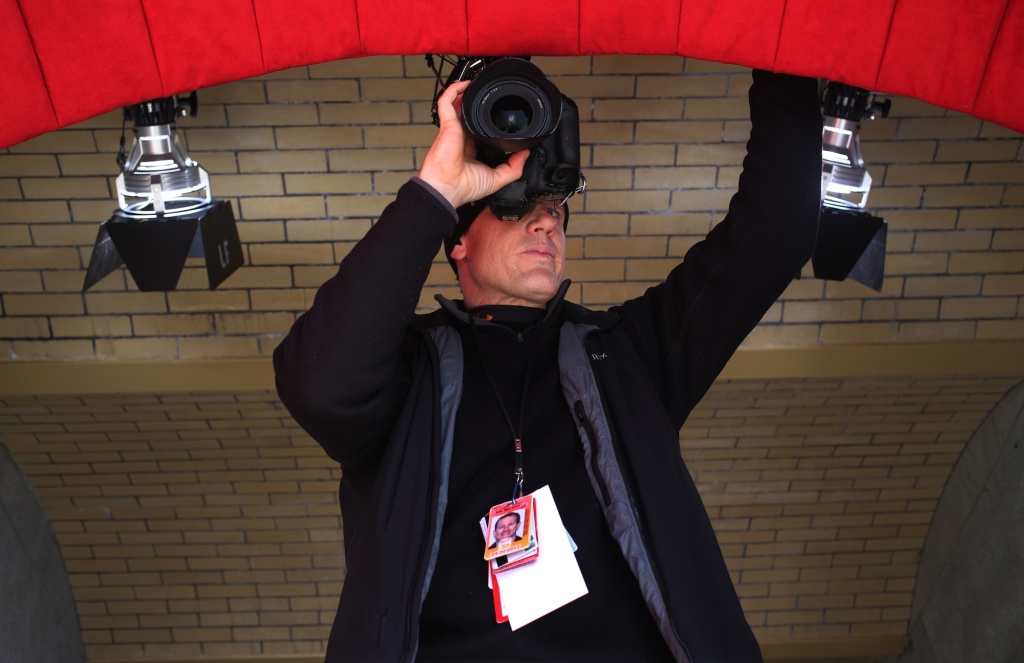 When he’s not taking pictures on Capitol Hill or jet-setting on Air Force One, Associated Press photographer Evan Vucci likes to share great photography in Loupe 35-Photojournalism & Documentary Photography, his Flipboard magazine about the craft of photojournalism. 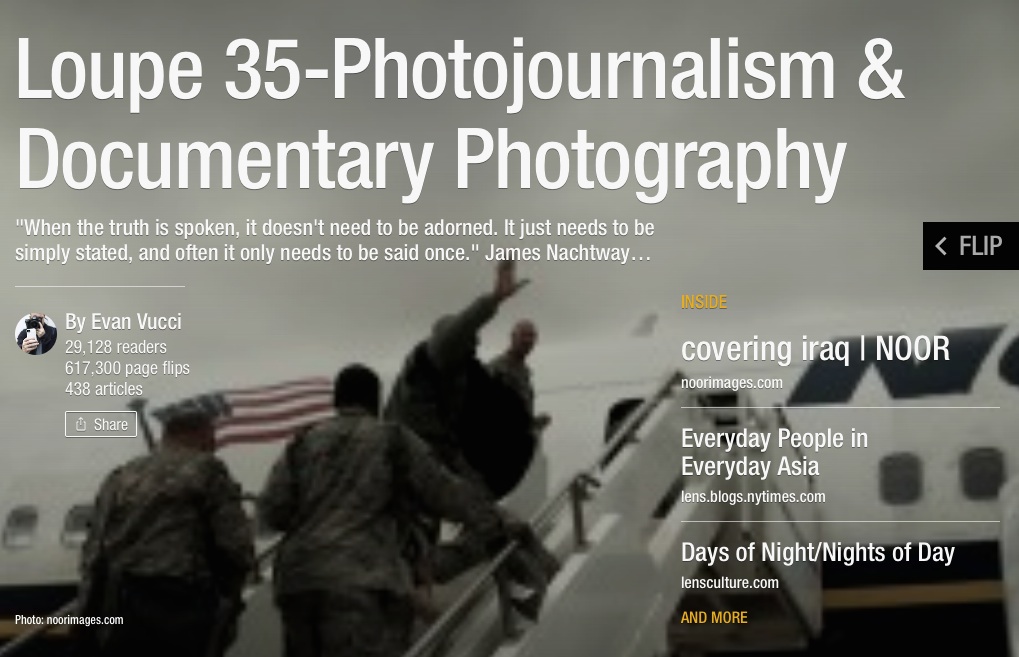 The big title caught our eye, and we were impressed by what we found inside, so we called Evan to learn more.

Tell us about your day job. What exactly do you do?

I’m a photographer for the Associated Press based in Washington DC. I’ve been the AP for about 10 years. Since I’m in DC, I naturally cover a lot of politics — a typical week can take me to hearings on Capitol Hill, or press conferences at the White House, to traveling with the president on Air Force One. I also cover sports here in DC.

What prompted you to create your magazine?

I got an iPad about a year ago, and I started using Flipboard almost right away. I thought it was awesome for news aggregation. Then, a few weeks ago, I started paying more attention to all the magazines people are creating, and they seemed really interesting. I come across a lot of great photography, and I already share a lot of it on Twitter and Facebook, so the idea of collecting some of it in a Flipboard magazine seemed like a good experiment.

Why Flipboard? What made it interesting?

Photos look so beautiful on Flipboard, and I liked the idea that I could share things in an environment where people could come back to it. I don’t expect people to go back through my Twitter or Facebook feeds, but a Flipboard magazine is a perfect place to collect a bunch of links, all in one place. I like knowing that people are actually going to see it, and see it displayed in a beautiful way

What happened after you launched the magazine?

I created the magazine, and tweeted about it, and right away the response I received was pretty awesome. I’ve gotten a lot of messages from friends in the business who say they love seeing their work in it. It’s funny — these are photographers who are working on incredible stories, and they still took the time to thank me for putting their photos in the magazine. I got an email like that from a photographer who’s been working in Ukraine. The same thing has happened with photo editors at some big news organizations — they’re sending me links to stories to include in the magazine. It’s been very cool, and it’s been great to see the magazine grow.

How do you define your magazine’s point-of-view?

My magazine is about a photographer’s view of photography. I want to promote photojournalism. There are a lot of places to go for pictures of sunsets, or photography how-tos, but I want to create something that shows what professional photographers find interesting.

What kind of stories do you like to curate?

What about your own photos?

I never ever put my own photos in there. I’ve always said that if you’re doing cool stuff, someone else will promote it, and that’s the case here. I just want to share the work of other great photographers.

Have to ask… what’s the story behind your magazine’s name?

Quite honestly, I couldn’t think of a name. I originally called it Loop 35. I considered Aperture, and Lens, and a bunch of other names that have already been taken, so I just took a bunch of photography terms and strung them all together. I still think it’s terrible. But I’m used to it, so I’m sticking with it!