Go Inside the Royal Wedding 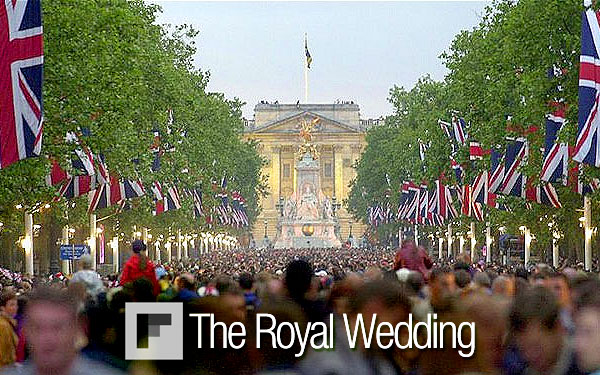 No matter what your opinion of the Royals, you likely won’t be able to escape one of the biggest “I do”s of the year: the April 29 marriage of Prince William to Kate Middleton. After all, 750 million people worldwide watched William’s parents marry back in 1981 and that was before the Internet and social media gave the world a mouthpiece to share, discuss and opine.

In honor of the young couple, we’ve selected sections celebrating British news, celebrity culture and the institution of marriage. In fact, we’re launching The Guardian and The Telegraph at this precise moment so you can feel like you’re right there in Westminster Abbey witnessing the union and following events from the eyes of Londoners.

The Telegraph – Tap to Add Section
As a leading source for breaking news, business, sports, lifestyle and culture coverage, The Telegraph no doubt has a prime seat at the nuptials. They’ve already covered many of the preparations leading up to the big event, from what key guests are wearing to the concept of royalty in modern society.

The Guardian – Tap to Add Section
The Guardian is a unique voice in journalism, noted for its investigative reporting and live blogs, and delivery of top news, sports, business, reviews, comment and analysis. Recently, they’ve probed what the British public thinks about the monarchy.

OK Magazine – Tap to Add Section
The â€œfirst for celebrity news,â€ OK Magazine is a non-stop funnel of exclusive scoops and eye-catching photos of pop culture stars. They are sure to be all over the Royal Wedding: who’s wearing what, who said what, and how it all went down.

Brides – Tap to Add Section
Weddings are top-of-mind because of the news, but actually we’re also entering one of the most popular seasons for getting married. Brides Magazine is here to be your guide through this major life event.