How Joerie Mortelmans Uses Co-Contributors to Superpower His Magazines 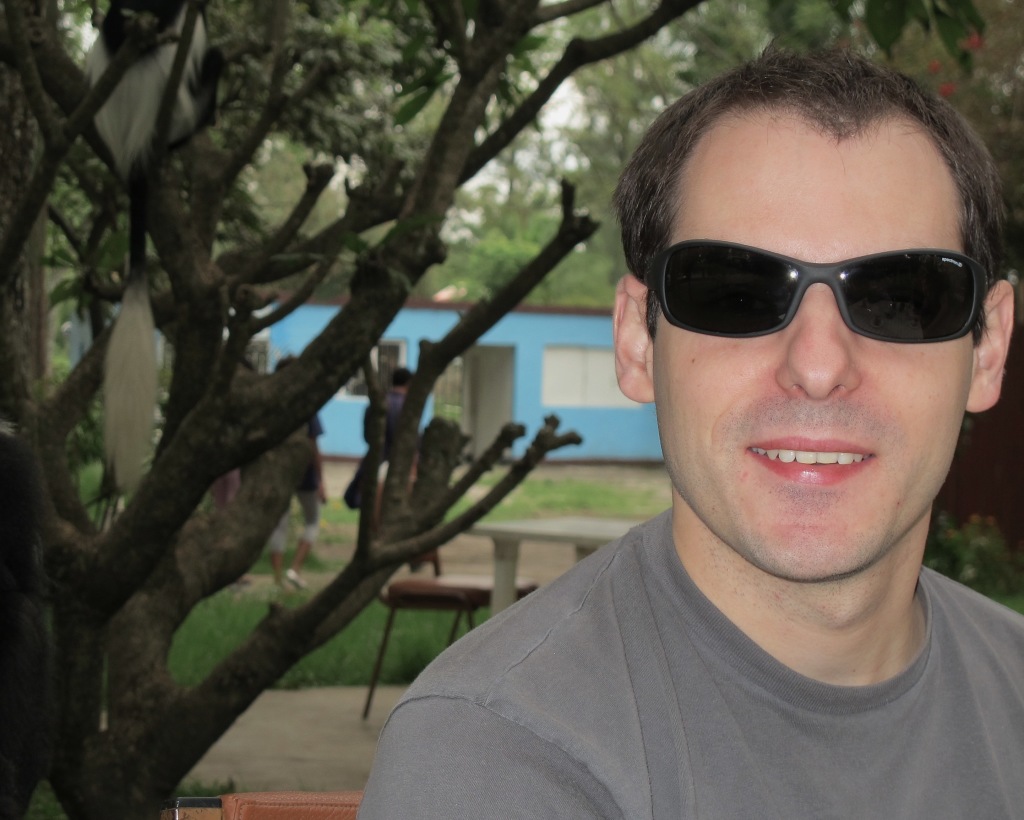 On his profile page, Belgium-based Joerie Mortelmans calls himself a “reflipping perfectionist.” Joerie’s skill as Flipboard MagMaker shines through in every magazine he creates, but he’s also developed a unique talent for launching magazines curated by multiple co-contributors.

With 16 co-contributors, his Social Brainstorm magazine is a fun mix of buzz-worthy articles about culture and design. Meanwhile, The News Crowd, with 12 co-contributors, provides a more serious and timely perspective on politics, economics, global affairs and sports.

Both magazines are thriving, so we asked Joerie for some tips on how to recruit and work with co-contributors. 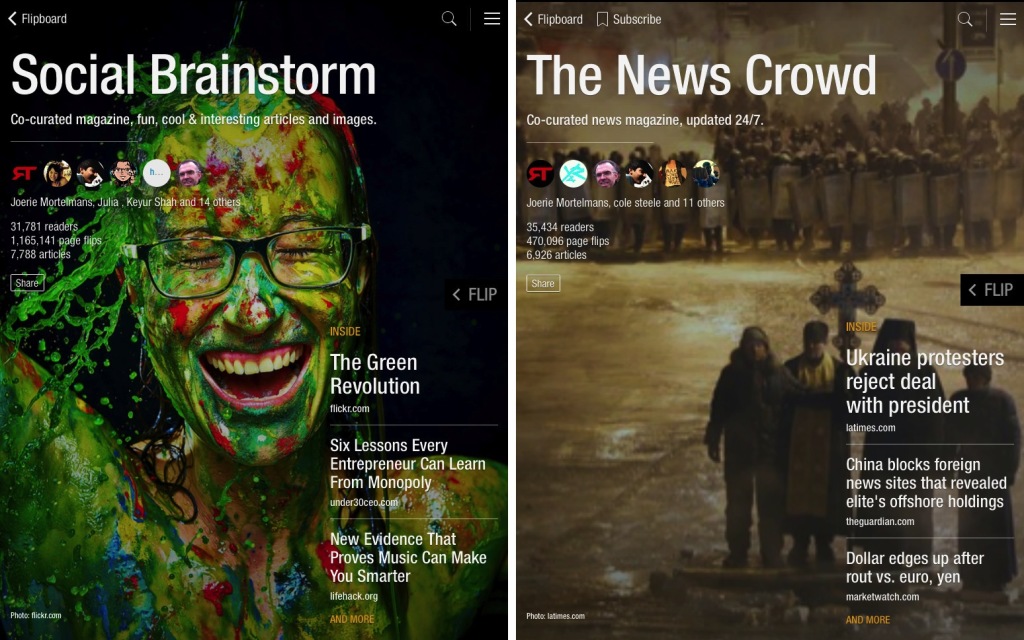 Flipboard: Why did you add co-contributors to your magazines? Why bother?

Joerie Mortelmans: Creating a magazine on Flipboard is easy, but it takes dedication to maintain it properly. Adding co-contributors reduces the pressure on you and other members of the team. By design, co-curated magazines are updated more frequently, with better articles from more diverse sources. I think that’s a more sustainable format.

How do you recruit potential co-contributors?

I created Social Brainstorm when the co-contributor feature was introduced last year. It was a big leap in the dark, but what followed was wonderful and amazing.

I sent the first invitation to my brother as a test, and I tried different ways to recruit other co-curators. I used Twitter and Facebook, placed my email address in the magazine description, flipped the magazine as an article in my RT4Men 2.0 magazine and asked readers to contact me if they were interested. I gained a few great contributors the first few weeks, but became obvious that I needed to actively contact potential curators to get the number of contributors I wanted.

I started contacting curators by commenting on articles in their magazines. The positive reactions I got on those comments far exceeded my expectations, and almost everyone I contacted became a contributor — sometimes within minutes. Of course, you don’t always have to invite complete strangers. Depending on the type of magazine, you can invite family, friends, colleagues, bussines partners, students… the possibilities are endless.

What do you look for when you evaluate potential contributors? How can you tell if they will be a good fit?

Choosing the right contributors is the hardest and most important part of creating a co-curated magazine.

Flipboard mags are like diaries or blogs; they reveal something about the people who create them. You can learn a lot just by looking at the cover of a magazine. Cover image, title, avatar, description and the number of articles — those are useful indications of the quality of a magazine. All my contributors are experienced Flipboard users with great mags on their own accounts.

Inside, I look for things like what sources they use, how their articles look in Flipboard, how often they update and which social networks they use. Twitter and the Flip It bookmarklet are my preferred tools of choice, and I tend to choose curators that use more than one social network. Using the Flip It bookmarklet is a big plus because it means they’re pumping fresh content into the Flipboard ecosystem.

Do you provide co-contributors with guidance on appropriate style or topics?

I try not set too many rules; we have enough of those to follow in our professional lives already. Curating should be fun. All my contributors are experienced curators, so I rarely have to intervene. I honestly can’t remember the last time I did; both of my mags are much lower maintenance than you may expect even after more than 10,000 co-contributed articles! I’ve never had to remove a single article because of inappropriate content. I trust my team. If they think an article is suitable for the mag, they can flip it — and I’m grateful for every contribution they make.

A lot of the communication between us happens through flips and likes; it’s hard to explain, but a certain chemistry bonds us.

Is it possible to have too many co-contributors? What’s an ideal number?

It’s different for every type of magazine. In general, the more focused your topic, the fewer contributors you need. In general, 20 contributors is probably the maximum for any mag, I imagine. You want to give your readers the time to actually read the magazine, so there’s no point in adding more content than readers can digest. Anything more than 15 to 20 new articles per day is probably overkill.

Social Brainstorm covers a broad spectrum of topics, and it has 16 contributors at the moment, I think it has a good rhythm, so I don’t see a reason to add more contributors. It’s also no longer just an experiment. It’s a real magazine now, so I’m more cautious about inviting new contributors than I was at the beginning.

Are there any other magazines with co-contributors that you like?

A new co-curated magazine that caught my eye is The Good Scoop by Aida B. and her team. She’s the driving force behind the Flipboard Club on Facebook and a terrific curator. She took the concept of co-curated mags even further than I did, and the results are spectacular. I really think it could become one of the biggest mags on Flipboard, it’s that good.

Another great example is #WomenLead by Amy Vernon.

The ultimate co-curated mag probably would be a magazine where every contributor is a journalist or blogger and flips his own articles in the mag. I would love to see a big traditional magazine or newspaper use that concept; it could help them make the transition from web to tablets and smartphones. Flipboard has everything in place for this to work, and the social element could prove to be the secret ingredient traditional publishers need.

What would you say to someone who’s still on the fence about co-contributor magazines?

Do it. Try it. Start your own co-curated mag or convert one of your existing ones.

Contact other curators with similar interests via a comment on one of their articles; you’ll be amazed by the response! Interaction between complete strangers is what makes a social network grow. Move as fast or slow as you want, don’t be afraid to experiment and see what works for you.