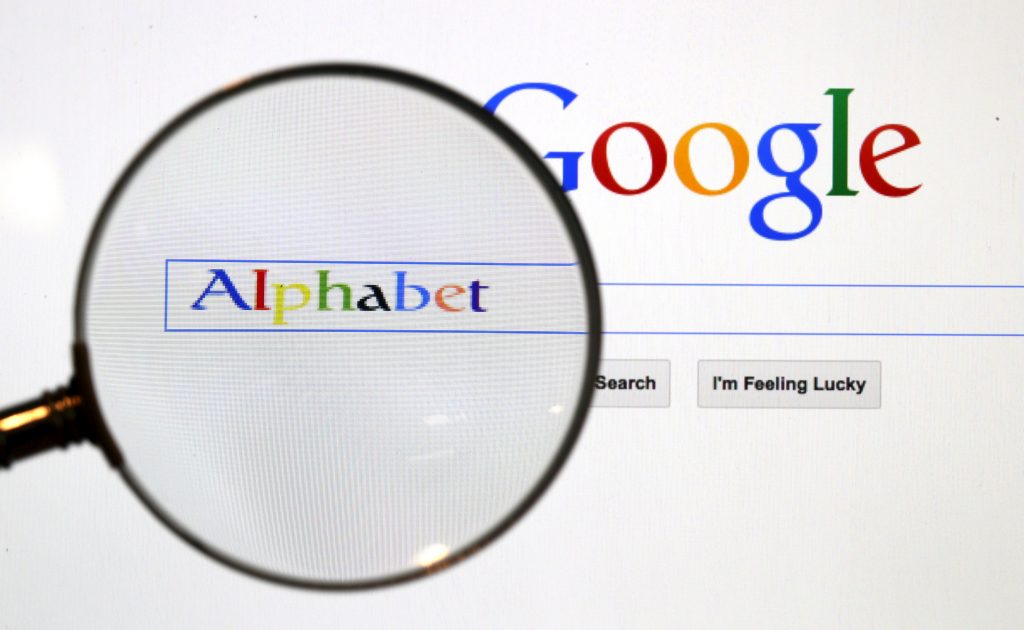 FILE PHOTO: A Google search page is seen through a magnifying glass in this photo illustration taken in Berlin on August 11, 2015. REUTERS/Pawel Kopczynski/File Photo

Of note this week is Google I/O, the tech giant’s developer’s conference, which starts Wednesday and goes through next Friday. There will be workshops, demos, as well as “codelabs and hackathons” for developers. But more importantly, there will also be announcements of upcoming Alphabet Inc. projects and initiatives. For the general public, this is where we’ll want to tune in. Or perhaps plug in, since the opening keynote will be livestreamed straight from Mountain View. Wednesday at 10 a.m. PT / 1 p.m. ET, Google CEO Sundar Pichai will go through the conferences big announcements—Machine learning? Virtual reality? Brand new Android apps?

Here’s a quick breakdown of what we might expect, but stay tuned to the Google I/O magazine for updates throughout the conference.

Because this is a conference for developers, there won’t be a new phone announced. But that doesn’t mean Google won’t designate plenty of time to talk about the Pixel. And a new mobile operating system, Android O, is bound to receive a lot of attention, wrote CNET: “Expect Google to announce Android O without giving it a name, announce a beta program without giving it a date, and announce that it will be the best Android version yet. It’s early in the year so all we really need is a good bit of hyperbole.”

Have you heard about Virtual Reality?

A buzzy topic, VR (and its friend, AR: augmented reality), is being thrown around the tech world left and right. So Google will no doubt dig in. At last year’s I/O they announced their VR platform, Daydream. Since then, not a ton has happened with the platform itself, while the VR space has grown immensely in size. This year The Verge predicted: “…at minimum we should expect an update on what’s going on and what’s coming next for Daydream. It might be too much to hope for a standalone headset or true inside-out VR tracking with Project Tango, but nobody would really complain if Google managed to get it done.”

In addition, The Wall Street Journal reported that Google might have bigger plans than their existing Daydream headset—an “all-in-one virtual-reality headset that doesn’t rely on a smartphone, computer or game console.” That, they note, would be a first.

TechRadar pointed out that Android Wear 2—Google’s wearable operating system—just launched in February, so there might not be a lot to say just yet. But what about the watch itself? “We wouldn’t be surprised if Android Wear 2 apps are announced,” Android Central added. “Wear 2.0 took the best ideas about how computing on your wrist can be done and implemented them without adding extra cruft to a system designed for very limited hardware. From first experiences, it looks like they were successful and Wear 2.0 is part of what it will take to make smart watches compelling again.”

Google Home, in your home

Perhaps the most anticipated and relevant discussions, however, will likely revolve around Google’s artificial intelligence and automation project, Google Home. Google launched its competitor to Apple’s Siri and Amazon’s Alexa last year—and in April they added a preview of Google Assistant SDK, which lets developers build their own new skills into the platform.

Perhaps some of those skills will be announced at this year’s I/O? The Wall Street Journal reported that Google Home might be able to soon make phone calls (something just announced with Amazon’s Show), while The Information reported Google’s next iteration of Home could have a mesh wi-fi router built-in: “It would combine a speaker, a voice-command system, and a Wi-Fi router all in one box. Google I/O will mark the one-year anniversary since the Google Home was announced, so maybe we’ll hear about the successor there,” wrote Ars Technica.

To stay updated on the latest from Google I/O conference, follow the Google I/O magazine.