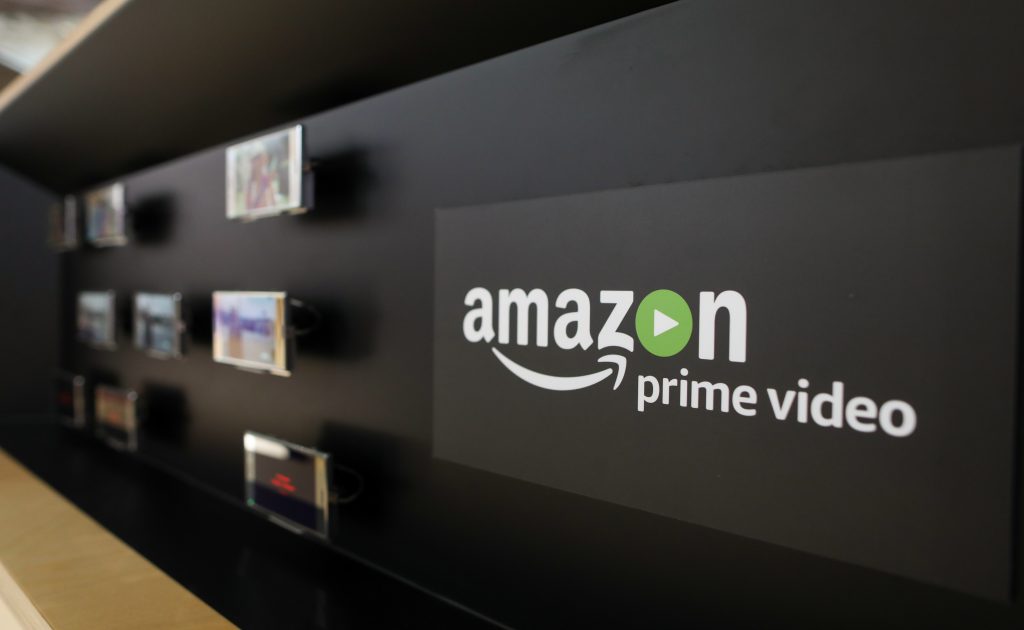 An Amazon.Com Inc. Prime Video logo sits on display on the Sony Corp. stand on the second day of Mobile World Congress (MWC) in Barcelona, Spain, on Tuesday, Feb. 28, 2017. A theme this year at the industry’s annual get-together, which runs through March 2, is the Internet of Things. Photographer: Chris Ratcliffe/Bloomberg via Getty Images

All that—and more in this week’s technology news. (Make sure you follow our technology magazine to never miss an important story.)

Top line: “This year, pro football will continue the test, but will switch it up: Amazon has bought the rights to the league’s streaming package, and will offer the games for free to its Amazon Prime subscribers around the world…Amazon is paying around $50 million for the 10 games it will show next fall, according to a person familiar with the deal. That’s a big increase from the $10 million Twitter paid for last year’s games.”

3. AOL and Yahoo plan to call themselves by a new name after the Verizon deal closes: Oath—Business Insider, Avery Hartmans and Julie Bort

Top line: “When Verizon merges Yahoo with AOL after its acquisition of Yahoo closes, the newly created division will get a new name. That new name is Oath, sources tell Business Insider. In a deal that was announced in July, Verizon will acquire Yahoo’s core internet business for about $4.8 billion in cash.”

4. Facebook Cracks Down on Revenge Porn—Select All, Madison Malone Kircher

Top line: “Starting today, Facebook will be changing the way it tackles the problem of revenge porn—sexually explicit media shared without someone’s consent, often to shame and hurt them. Users will be given a new option to report images and videos they believe might be revenge porn. Facebook will then review the flagged media and remove it if it violates community standards. ‘In most cases, we will also disable the account for sharing intimate images without permission,’ Facebook’s head of global safety wrote in a release. ‘We offer an appeals process if someone believes an image was taken down in error.’”

“However, the bigger change is what happens after an image is reported. Facebook will now use ‘photo-matching technologies’ to attempt to stop the spread of an image, by storing blurred (for anonymity) copies of removed images which will only be accessible by a small team of Facebook staffers, Reuters reports. This applies across all of Facebook’s properties, including Messenger and Instagram. If someone re-shares a previously reported and removed image, it will be taken down and the user will be notified.”

Top line: “We already knew Twitch planned to start selling its viewers a selection of PC games directly through the streaming site. Starting today, the service allows users to purchase a variety of different titles from the site while watching related streams. Over the next week, around 50 games and various add-ons will be available to purchase mid-stream, including Ubisoft’s recent big hitters—For Honor and Tom Clancy’s Ghost Recon: Wildlands.

“As well as simply selling their games at full price, developers can also use the service to award fans with special offers for watching streams at certain times. It’s not just developers who will benefit from selling games, however, with partnered Twitch streamers also set to earn 5% of sales generated through their channels.”

Top line: “Anonymous messaging app Yik Yak is up for sale, according to sources familiar with the situation. Sequoia Capital, the company’s biggest investor, has in recent weeks held deal talks with potential buyers for the Atlanta-based startup.

“Yik Yak has the option to sell to a few different acquirers, sources say, but none of the deals will provide a return for the company’s investors. More likely, the company will strike an acqui-hire-style deal for its technology team in exchange for stock in the acquiring company. Yik Yak has raised $73.5 million in venture funding, the biggest chunk of which came from Sequoia in 2014, valuing the company at $400 million.”

Top line: “Mr. Bezos, who hopes to build Blue Origin into a commercial and tourist venture, also disclosed that it would cost about $2.5 billion to develop an even bigger rocket, New Glenn, capable of lifting satellites and, eventually, people into orbit.

“Like his fellow technology titan Elon Musk of SpaceX and Tesla, Mr. Bezos has identified reusable rocket parts as a key to lowering the price of admission to the field, which he said on Wednesday would lead to a ‘golden age of space exploration.’”

8. Amazon will refund millions of unauthorized in-app purchases made by kids—TechCrunch, Sarah Perez

Top line: “Amazon will refund millions of unauthorized in-app purchases kids made on mobile devices, having now dropped its appeal of last year’s ruling by a federal judge who sided with the Federal Trade Commission in the agency’s lawsuit against Amazon. The FTC’s original complaint said that Amazon should be liable for millions of dollars it charged customers, because of the way its Appstore software was designed – that is, it allowed kids to spend unlimited amounts of money in games and other apps without requiring parental consent.”

Top line: “There’s more to this than an indisputable technical advantage. As hoped for in this space, it’s part of a shift that partially explains Cook’s fervor for the iPad: iOS, not macOS, will be the software engine of Apple’s future. Mac fans, I’m one of them, might disagree with Apple’s strategy, but here it is in plain view.

“This leads us to an easy guess for future iPad Pros. We’re likely to see linear hardware and software improvements (keyboard, screen, stylus, more independent windows…), plus others we can’t think of immersed, as we often are, in derivative thought. All will make the Pros more pro: Powerful enough of take business away from the Mac (and Windows PCs). I like my MacBook, but can see an iPad Pro on my lap and desk in a not-too-distant future.”

10. This robotic surgery is so intricate it can stitch a peeled grape back together—The Next Web, Naper Lopez

Top line: “‘da Vinci’ is a surgical system worth £1.6 million which doctors use for less invasive surgery. It is so intricate it can stitch grape skin with remarkable precision…The robot is operated remotely by a surgeon who controls its movements.”