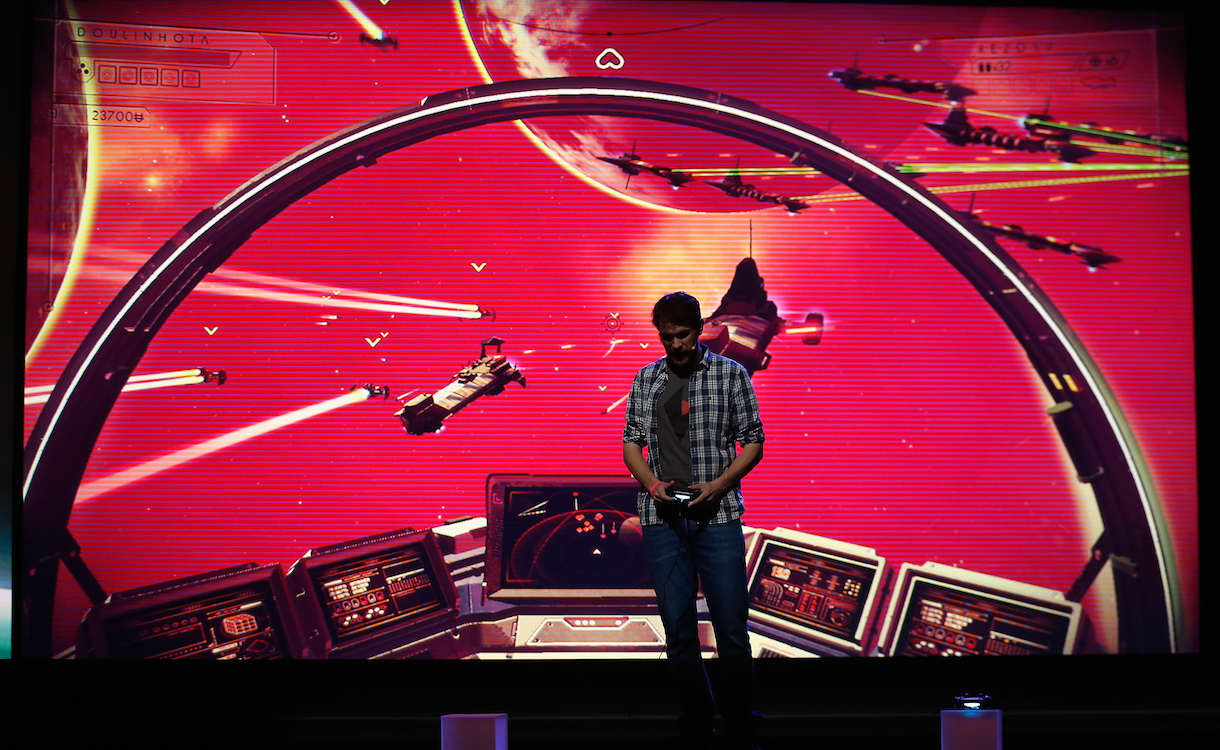 Long-awaited sci-fi video game No Man’s Sky was released globally this week. Players started an exploratory journey across a shared universe discovering 10 million species in one day. Apple CEO Tim Cook sat down with The Washington Post to offer his views on Siri, Apple in China, AI and Steve Jobs. Also, MIT and Microsoft Research announced DuoSkin, an interactive temporary tattoo that allows users to remotely control their phone.

Read more about these stories, as well as the other top stories in tech this week.

Top line: “In a world this vast and full of surprises, there is always something new to see and hear. Even as the algorithmic nature of a procedurally generated universe shows its structural cracks, you’re still able to marvel at alien sunsets.”

Top line: “I’ve got the best job in the world. I think about my day and weeks and months and years — I put them in three buckets: people, strategy and execution. I sort of move between those on a daily basis as to where I put my time.”

3. MIT and Microsoft Research made a ‘smart’ tattoo that remotely controls your phone—The Verge, Lauren Goode

Top line: “The researchers say you can design a circuit using any graphic software, stamp out the tattoo in gold leaf (which is conductive to electricity), and then apply other commodity materials and components that would make the tattoo interactive.”

Top line: “Snapchat removed a filter Wednesday after outraged users said online that it was racist.”

Top line: “Cheaters have been using bots and tools capable of playing 24 hours a day, seven days a week, tricking the location-tracking system of the game to make it appear the player is walking around and catching Pokémon.”

6. Twitter opens up Moments to battle Snapchat and Instagram—The Next Web, Nate Swanner

Top line: “Moments are Twitter’s way of creating immediacy as it relates to information. Currently limited to a curated feed (mostly) manicured by human editors, the core functionality will roll out to all users ‘in the coming months.’”

Top line: “After critics claimed Palestine had been “airbrushed” out, the tech giant explained to WIRED that it was never there in the first place and that it is working on getting the labels back.”

9. Instagram is testing a new ‘Channels’ section for binging on videos—Mashable, Raymond Wong

Top line: “Instagram is likely testing this feature on a small group of users. The company frequently does this for new features, like the recently discovered edit drafts option.”

10. ‘Millions’ of Volkswagen cars can be unlocked via hack—BBC, Chris Baraniuk

Top line: “A sizeable proportion of 100 million Volkswagen Group cars sold since 1995 can be unlocked remotely by hackers, a team of researchers has said.”