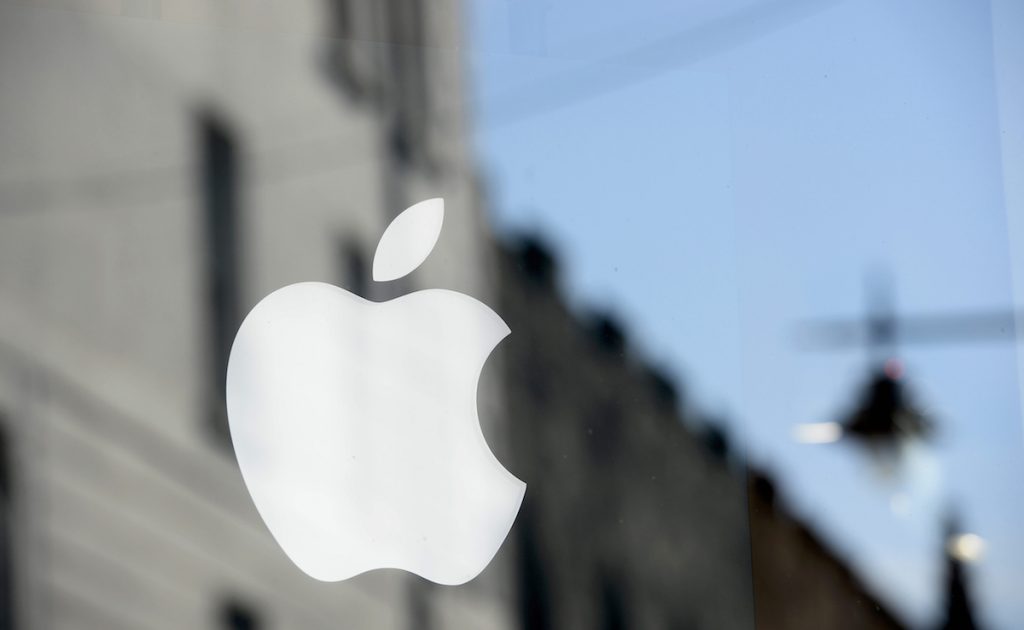 An Apple logo is seen in the window of an authorised apple reseller store in Galway, Ireland August 30, 2016. REUTERS/Clodagh Kilcoyne

The EU hit Apple with a $14.6 billion tax bill Tuesday, a decision CEO Tim Cook has vowed to appeal. Read later app Instapaper was acquired by Pinterest and Facebook made news with changes to its advertising and trending section. Read more about these topics, as well as the other top stories in tech this week.

Top line: “Apple has been ordered to pay a record figure of up to €13bn (£11bn) in back taxes to Ireland after the European commission ruled that deals between Apple and the Irish tax authorities amounted to illegal state aid.

The commission’s decision threatened investment and job creation in Europe by subjecting companies to unpredictable tax rulings, Cook said. He said Apple would appeal and that he was confident of winning.”

2. Instapaper has been acquired by Pinterest—The Verge, Casey Newton

Top line: “Instapaper, a pioneering app for saving articles to read later, has been acquired — again. The app, which was created by developer Marco Arment and sold to Betaworks in 2013, has found a new home at Pinterest. The goal is ‘to accelerate discovering and saving articles on Pinterest,’ the company said in a statement. It will continue to operate as a standalone app, and the Instapaper team will work on both that app and on Pinterest generally. Terms of the deal were not disclosed.”

Top line: “WhatsApp is finally starting to cozy up with parent company Facebook. The messaging platform today announced that it’s updating its privacy for the first time in four years to reflect changes to its features, as well as its growing connection with Facebook.”

Top line: “Facebook’s trending topics is getting an update that involves eliminating the human element when it comes to describing why something merits promotion. The company is now relying on its algorithm and programming to display subjects and topics that Facebook thinks you’ll be interested in…

Story descriptions are no longer being shown in trending topics, at least directly. In its place, simplified topics such as #PhelpsFace, NASA, Britney Spears, or Donald Trump will be shown along with the number of people talking about it on Facebook. The company explained that its algorithm aggregates the number of original posts that mention the topic as well as how many shares of posts there are.”

5. How Uber Lost More Than $1 Billion in the First Half of 2016—The New York Times, Mike Isaac

Top line: “Uber recorded losses of roughly $1.2 billion in the first half of 2016, according to a person briefed on the company’s financial data, who spoke on the condition of anonymity. More than half of those losses, or around $750 million, accrued in the second quarter of this year, said the person…The numbers underscore the difficulties that Uber and companies of its ilk face when trying to build and expand globally. As Uber has opened operations in numerous cities around the world, it has needed to spend to recruit drivers, to market its service and to take on regulators and established taxi companies. The company has also paid for driver and rider incentives in the form of subsidies.”

6. How the Clinton Campaign is Foiling the Kremlin—Vanity Fair, Nick Bilton

Top line: “Signal, staffers in the meeting were told, was ‘Snowden-approved.’ A week after the meeting at the campaign headquarters, according to two people who have worked with the D.N.C. and the Clinton campaign, an e-mail was sent out instructing staffers where to download the app and how to use it. Shortly thereafter, the news broke that the D.N.C had been hacked. (Elias did not respond to e-mails and voicemails. A spokesman for the D.N.C. declined to comment, as did a spokesman for Hillary Clinton’s campaign.)”

Top line: “Singapore became the first country in the world to launch a self-driving taxi service on Thursday, beating ride-hailing giant Uber Technologies Inc. by mere days to public road tests of a technology that could revolutionize the transport industry.”

Top line: “Twitter Inc. is working on a keyword-based tool that will let people filter the posts they see, giving users a more effective way to block out harassing and offensive tweets, according to people familiar with the matter.”

Top line: “Hackers outside of the United States attacked two state election databases in recent months and the FBI is warning voting officials across the country to bulk up security and investigate their own systems for similar malicious activity…”

Top line: “Apple has issued press invites to its next media event on September 7 at Bill Graham Civic Center in San Francisco at 10 am PT. The company is widely expected to unveil new iPhones and could unveil new MacBook Pros and the Apple Watch 2 at the same event.”

Check out our Technology section for the latest news, reviews and in-depth coverage from across the web.