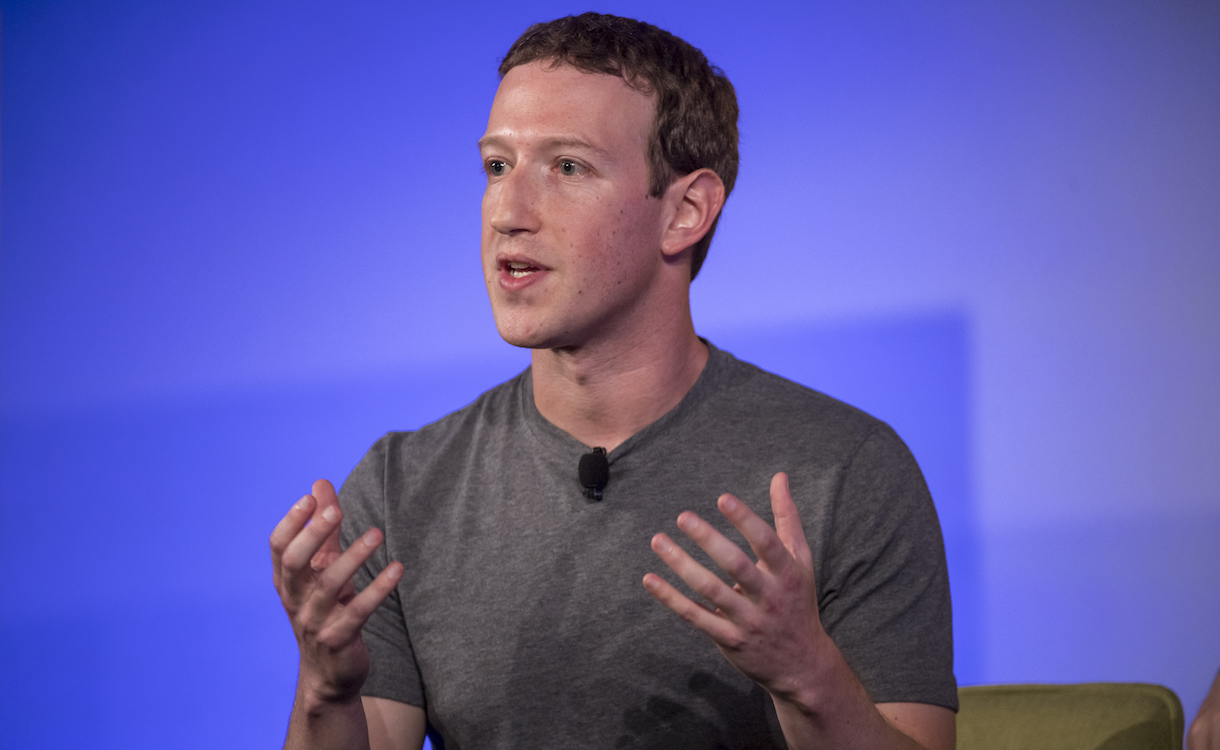 Mark Zuckerberg, chief executive officer and founder of Facebook Inc., gestures as he speaks during a session at the Techonomy 2016 conference in Half Moon Bay, California, U.S., on Thursday, Nov. 10, 2016. This week he unveiled Jarvis, the AI home assistant he has been working on all year. David Paul Morris/Bloomberg via Getty Images

It’s been a busy week for Facebook’s CEO Mark Zuckerberg. On Monday he revealed Jarvis, the AI assistant created to assist in his home. The following day Facebook was accused of misleading the E.U. over a $19bn WhatsApp deal. The company also announced they were bringing live audio options to the platform and offering users group video chat on Facebook messenger.

1. At Home With Mark Zuckerberg And Jarvis, The AI Assistant He Built For His Family—Fast Company, Daniel Terdiman

Top line: “Still, after nearly a year of widespread curiosity, he has gotten Jarvis to the point where he’s ready to show it to the world. He’ll keep on tinkering with it, he says, because he uses it every day and there will always be small fixes to be made or new functions to add. But he’s pretty happy with what he and his family have at their disposal.”

Top line: “The accusation, which could lead to a fine of up to 1 percent of Facebook’s yearly revenue, meaning a penalty of about $200 million, comes amid growing tension with Europe’s policy makers over how the company is able to dominate much of the region’s digital world.”

Top line: “Facebook spent the past year pushing publishers and famous people to use its social network to broadcast live video. Now it has another idea: Live audio, or what sounds suspiciously like traditional radio or podcasting, in your News Feed.”

Top line: “Rather than being limited to person-to-person video calls, up to 50 people can listen, join in via voice and send text, stickers, emojis and GIFs, Facebook Messenger said. Group video chat is its most requested feature ever, the popular messaging service said.”

Top line: “The U.K. bill requires that internet service providers retain a record of all websites visited by citizens for 12 months at a time, but today’s decision by the European Court of Justice (ECJ) in Luxembourg ruled that the collection of data in such a manner puts citizens under ‘constant surveillance’ and enables governments to draw ‘very precise conclusions’ about their private lives.”

Top line: “Super Mario Run was downloaded more than 40 million times in its first four days of availability on iOS, breaking the App Store record for number of downloads during that span.”

Top line: “The news arrives via the WABetaInfo Twitter channel, a source of early WhatsApp news and speculation, which claims to have discovered the feature in the WhatsApp 2.17.1.869 beta build for iOS. This would be the first time WhatsApp has introduced such features since it launched in 2010.”

Top line: “These vehicles were created through a close partnership between Waymo and FCA that actually saw engineering teams from both companies co-located at a Michigan engineering site, and testing of tech through the development process happened both in Chelsea, Michigan, and Yucca, Arizona on the FCA side, and at Waymo’s own test facilities in California.”