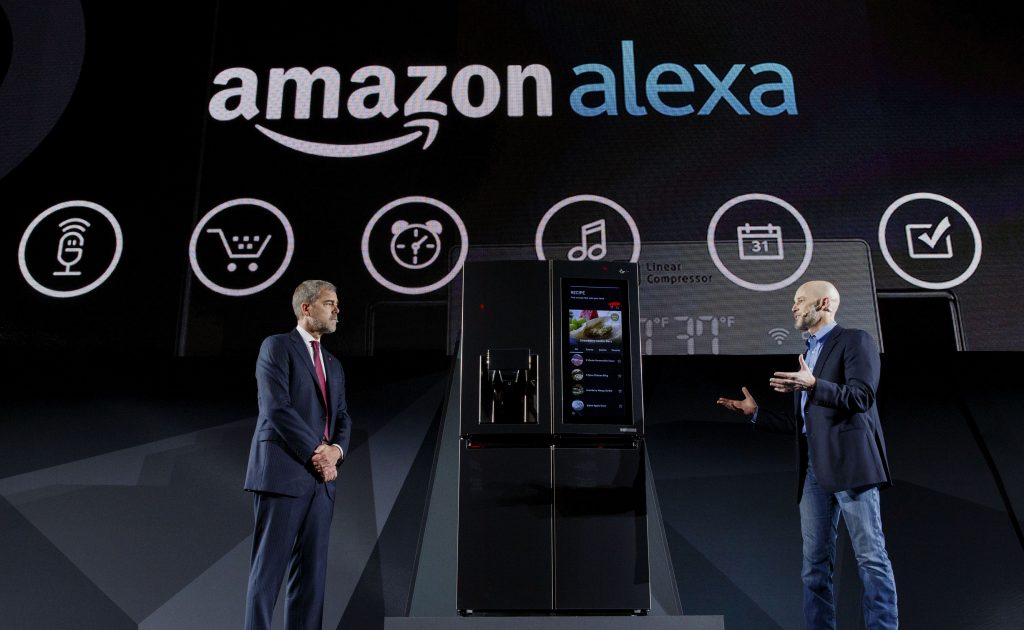 Can Alexa rat you out to the cops? Will Uber be able to redeem itself? Is WhatsApp ripping off Snapchat? Should anyone control who gets to use gene editing technology, CRISPR-Cas9? All of this and more in this week’s #ICYMI.

Top line: “Not only does Amazon believe Echo users’ voice commands are protected as free speech, but also the Alexa Voice Service response. Amazon argued that requests and responses to Alexa contained details that would reveal much about the user and their interests, and so deserved protection from government. Furthermore, as Alexa responses reflect in some way both the user’s and Amazon’s speech, she’s also protected, the lawyers said.”

As Uber board member Arianna Huffington tweeted last night, she will take part in the review, along with Uber’s chief human resources officer Liane Hornsey and the company’s associate general counsel Angela Padilla.”

Top line: “Interviews with more than 30 current and former Uber employees, as well as reviews of internal emails, chat logs and tape-recorded meetings, paint a picture of an often unrestrained workplace culture. Among the most egregious accusations from employees, who either witnessed or were subject to incidents and who asked to remain anonymous because of confidentiality agreements and fear of retaliation: One Uber manager groped female co-workers’ breasts at a company retreat in Las Vegas. A director shouted a homophobic slur at a subordinate during a heated confrontation in a meeting. Another manager threatened to beat an underperforming employee’s head in with a baseball bat.”

4. WhatsApp is rolling out its own version of Snapchat (and Instagram) Stories—recode, Kurt Wagner

Top line: “On Monday, WhatsApp, which Facebook owns, became the latest Facebook property to launch a Stories feature when it unveiled a new version of its existing status update option that it’s calling WhatsApp Status. Instead of posting a short status message like “out to lunch” to your profile, the new feature lets users share photos and videos in a montage format for up to 24 hours before they disappear. Sound familiar? It looks and feels very much like Snapchat and Instagram Stories. (Facebook is testing something similar in its core app, too.)”

Top line: “Facebook Inc (FB.O) is in talks with Major League Baseball to live stream one game per week during the upcoming season, which could be a key win as the social media platform works to offer more live sports, according to two people familiar with the situation.”

Top line: “Apple spoke out Wednesday night, criticizing the Trump Administration for pulling back on Obama-era guidance to schools on transgender rights.

‘Apple believes everyone deserves a chance to thrive in an environment free from stigma and discrimination,” the company said in a statement to Axios. “We support efforts toward greater acceptance, not less, and we strongly believe that transgender students should be treated as equals. We disagree with any effort to limit or rescind their rights and protections.’”

7. Should Anyone Really Control Who Gets to Use CRISPR?—Gizmodo, Kristen V. Brown

Top line: “Last week, the US Patent and Trademarks office handed down a decision in one of the most high-profile patent cases of the century. In a one sentence ruling, an appeals board granted the rights to the powerful gene editing technology CRISPR-Cas9 to the Broad Institute of Harvard and MIT, while leaving the door open for rival CRISPR pioneer UC Berkeley to file a new patent to lay claim to those same discoveries.”

Top line: “To date, much of the attention around Facebook’s presence in the field has been focused on its world-class Facebook Artificial Intelligence Research group (FAIR), led by renowned neural net expert Yann LeCun. FAIR, along with competitors at Google, Microsoft, Baidu, Amazon, and Apple (now that the secretive company is allowing its scientists to publish), is one of the preferred destinations for coveted grads of elite AI programs.

t’s one of the top producers of breakthroughs in the brain-inspired digital neural networks behind recent improvements in the way computers see, hear, and even converse. But Candela’s Applied Machine Learning group (AML) is charged with integrating the research of FAIR and other outposts into Facebook’s actual products—and, perhaps more importantly, empowering all of the company’s engineers to integrate machine learning into their work.”

Top line: “Skype Lite functions much like its big brother Skype, but it’s designed to work well on low-speed, 2G networks, which are still prevalent in India and many developing nations. It uses less data and battery power than the fully fledged app, and at 13MB it’s around a third of the download size.”

Top line: “Jay Z, whose real name is Shawn Carter, has been investing in tech startups since at least 2012. Both Carter and Brown invested in Uber’s Series B, according to Axios, and Carter has invested in three other startups: the high-tech-luggage maker Away, the nail-parlor company Julep, and the private-jet startup JetSmarter.”