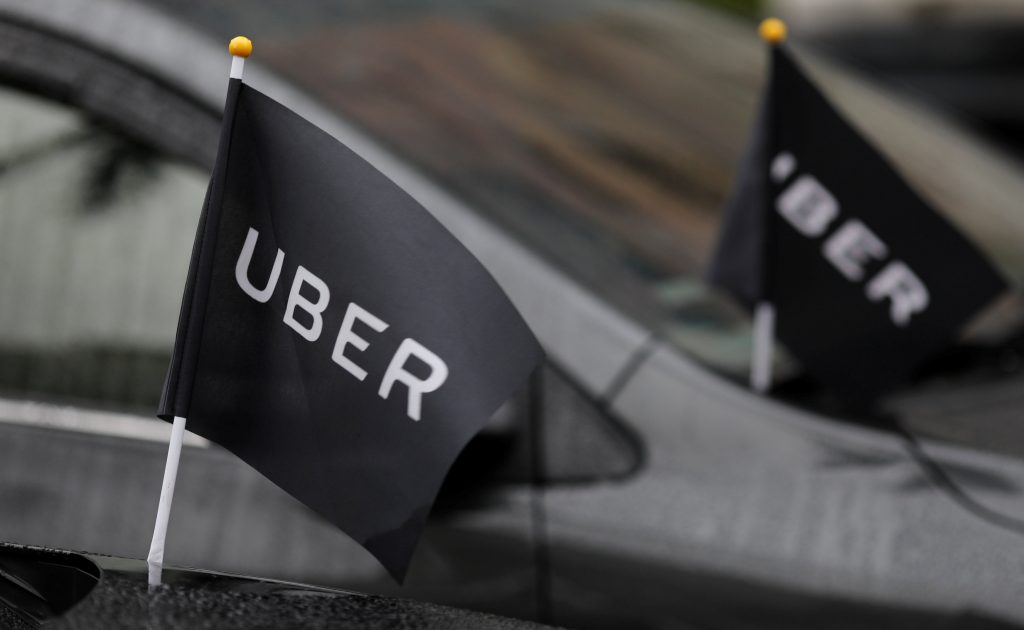 Uber drivers’ cars are parked outside the Ministry of Transportation building during a protest in Taipei, Taiwan February 26, 2017. REUTERS/Tyrone Siu

Uber promised it’ll stop skirting around government regulations—a practice internally called “greyballing”, while Lyft hit its goal of adding 100 new cities to its reach. Meanwhile, Facebook rolled out a “disputed” tag to help fight fake news—but can it? And Twitter introduced blocked profiles, increasing attempts at preventing harassment on the platform. All of that and more, below, in this week’s top tech stories:

Top line: “Days after Uber’s “greyballing” technology that hides the standard city app view for specific riders was revealed, the company announced it was reviewing its usage and said moving forward it is ‘expressly prohibiting its use’ in targeting local regulators. However, it cautioned that it will take “some time” to ensure that the ban is properly implemented and enforced.”

Top line: “Apple has issued a statement to say that it has already fixed major security flaws in its iOS software identified in last night’s WikiLeaks CIA document dump. The company said that the latest public version of iOS, released in January, has already patched ‘many’ critical vulnerabilities that had been detailed in the files, while Apple engineers continue to work to fix others that were known to the CIA.

On Tuesday night, Wikileaks published 8,761 documents and files that it claims were obtained from the CIA’s Center for Cyber Intelligence. In addition to vulnerabilities in Android and Samsung Smart TVs, the documents detail 14 iOS exploits, describing how these security holes could be used to track users, monitor their communications, or even take control of their phones.”

Top line: “To Facebook’s credit, the system seems to be as rigorous and transparent as anyone could hope for. Stories, not entire sites, are flagged individually and continue to appear on the social network, albeit with links to debunkers from participating organizations like Snopes and Politifact. As promised in December, all fact-checkers are required to sign a ‘Code of Principles’ created by the journalism non-profit Poynter, which seems like as good a guideline as any.” 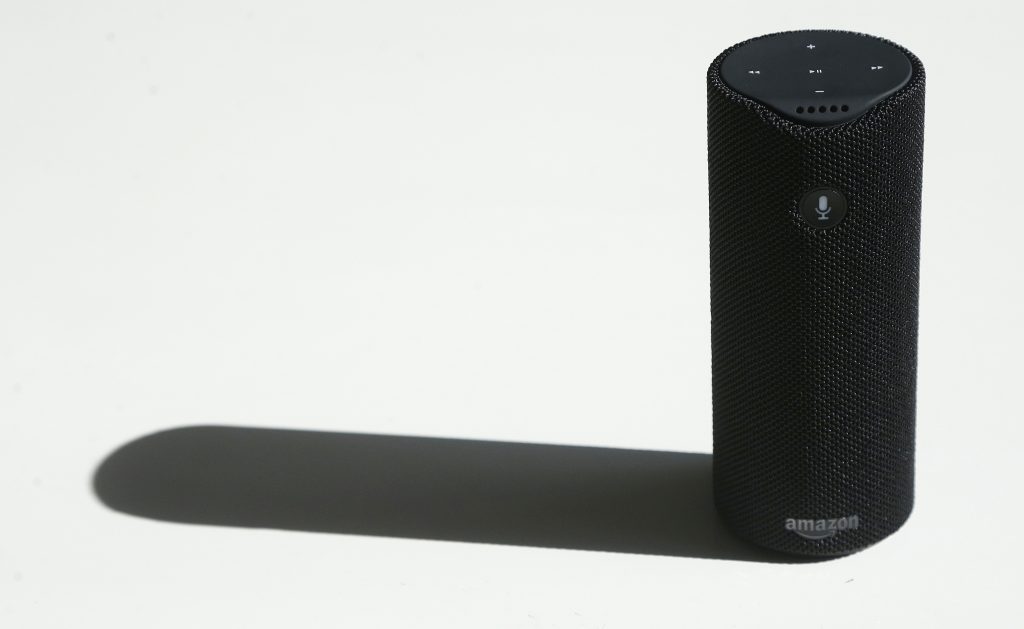 This Wednesday, March 2, 2016 photo shows an Amazon Tap in San Francisco. Amazon.com is introducing two devices, the Amazon Tap and Echo Dot, that are designed to amplify the role that its voice-controlled assistant Alexa plays in people’s homes and lives. (AP Photo/Jeff Chiu)

Top line: “A high-profile attorney has taken over as lead counsel for an Arkansas man accused of killing his friend, a former police officer, after a night of drinking and football. A prosecutor had sought recordings from the defendant’s Amazon Echo smart speaker as evidence in the case, a request the online retailer had rebuffed. According to a court document, lawyer Kathleen Zellner ended the legal tug of war Friday when she filed a motion saying her client, James Bates, would voluntarily hand over the recordings. Amazon provided the data to prosecutors later that day, the document says.”

Top line: “The original DoNotPay, created by Stanford student Joshua Browder, describes itself as ‘the world’s first robot lawyer’, giving free legal aid to users through a simple-to-use chat interface. The chatbot, using Facebook Messenger, can now help refugees fill in an immigration application in the US and Canada. For those in the UK, it helps them apply for asylum support.”

6. Snap Makes a Bet on the Cultural Supremacy of the Camera—New York Times, Farhad Manjoo

Top line: “But it’s best to take Snap’s camera company claim seriously, not literally. Snap does not necessarily mean that its primary business will be selling a bunch of camera hardware. It’s not going to turn into Nikon, Polaroid or GoPro. Instead it’s hit on something deeper and more important. Through both its hardware and software, Snap wants to enable the cultural supremacy of the camera, to make it at least as important to our daily lives as the keyboard.”

7. Twitter is marking a bunch of profile as ‘sensitive’—Mashable, Ariel Bogle

Top line: “In addition to a range of tools aimed at filtering abusive tweets, the platform now appears to be quietly marking entire accounts as sensitive… Is this new? Hard to say. Twitter asks that users tweeting images containing violence or nudity flag that in settings. And while users have long been able to request specific media be marked as sensitive in Twitter’s safety settings, account-level warnings like this are unusual.”

Top line: “On Wednesday, Google said in a blog post that Kaggle will be joining Google Cloud, in which the skills of Kaggle’s team will be put to use in machine learning training and deployment services, as well as dataset storage and query technologies.

Founded in 2010, Kaggle has been used by over 800,000 data scientists to explore, understand, and contribute to machine learning and data analytics since its inception.”

Top line: “Thursday’s launch in 10 new cities follows expansion to 40 cities in January and over 50 cities in February, which mean Lyft now offers ride-hailing in 300 cities across the U.S. in total. It’s pressing the pedal on growth at a key moment in the ongoing saga of its competition with Uber, the leading rideshare provider by volume and reach, which is facing significant challenges due to sexual harassment issues within its workforce, a CEO who has trouble keeping his cool around drivers and a regulatory evasion tactic.”

10. Airbnb just raised a massive $1 billion funding round that values the company at around $31 billion—Business Insider, Steven Tweedie

Top line: “Airbnb has closed a $1 billion Series F funding round that values the home-rental startup at around $31 billion, according to a Thursday SEC filing. According to the source, Airbnb has ‘no plans to go public anytime soon,’ but was profitable in the second half of 2016. The startup expects to continue to be profitable in 2017.”