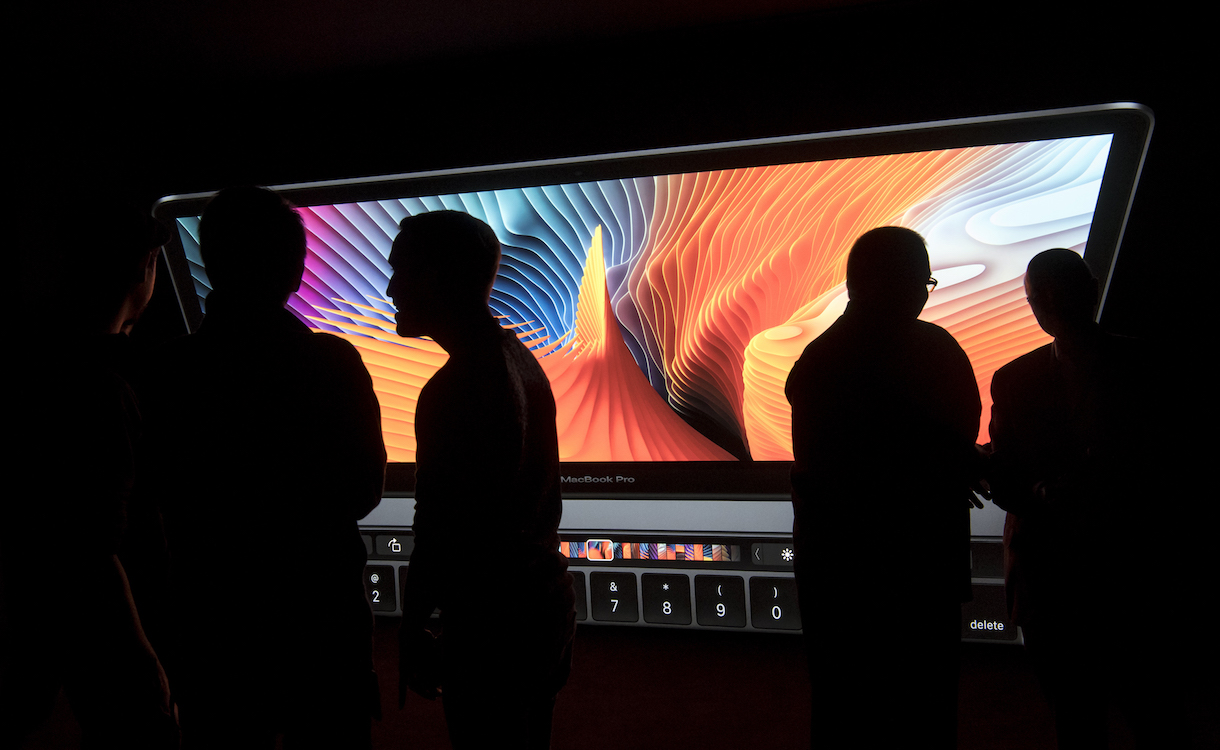 The silhouettes of attendees are seen in front of a display during an event at Apple Inc. headquarters in Cupertino, California, U.S., on Thursday, Oct. 27, 2016. Apple CEO Tim Cook emailed employees this week following Trump’s win. David Paul Morris/Bloomberg via Getty Images

The tech world reacted with shock to Donald Trump’s presidential win this week. Silicon Valley, which leans Democrat, began to take stock of what his new role could mean for them. Twitter COO Adam Bain announced he is stepping down Wednesday and CFO Anthony Noto will take over. Snap’s Spectacles were released Thursday. The glasses are sold from interactive vending machines called Snapbots.

Top line: “Across the technology industry, the reaction to Donald J. Trump’s electionto the presidency was beyond grim. There was a sense that the industry had missed something fundamental about the fears and motivations of the people who use its products, and that the miscalculation would cost the industry, and the world, greatly.”

2. Of course you have to buy Snapchat’s Spectacles from a robot—Mashable, Kerry Flynn

Top line: “The product will be sold in interactive vending machines, called Snapbots, throughout the United States. This method will be the only way people can buy the product, which retails for $129 (plus tax), for the first few months.”

Top line: “Adam Bain is stepping down from his post of chief operating officer. Anthony Noto, the company’s chief financial officer, will take over the COO responsibility on top of his current work while Twitter looks for a new CFO.”

Top line: “New in the update is a built-in “Boomerang” mode that lets you tap into some of the functionality from Instagram’s standalone app of the same name. That is, the ability to stitch together a burst of photos into a GIF-like video.”

Top line: “A Moscow court ruled Thursday that access to the social network for professionals can be blocked because it has not complied with personal data storage regulations. LinkedIn was found to be in violation of a rule requiring data on Russian citizens to be stored on servers inside the country.”

Top line: “PayPal users can now send and request payments using simple voice commands via Siri on iOS 10 on iPhone and iPad. The online payments company is making the new feature available to users in 30 countries, and in a number of languages, and it requires only that the iOS app be installed with a logged in user account.”

Top line: “The letters, which appeared in Monday editions of The Wall Street Journal, The New York Times, and The Washington Post, were aimed at English-speaking consumers, according to The Korean Herald. The letter is signed by Gregory Lee, the president and CEO of Samsung Electronics North America.”

8. Careful which chatbot you talk to, unless you want their ads on Facebook Messenger—The Guardian, Samuel Gibbs

Top line: “If a user messages a chatbot it gives that brand carte blanche to then send the user adverts. If it operates in the same way as some of the chatbots, which are difficult to actually stop from spamming you beyond an all-out block preventing any interaction, the new sponsored messages could be extremely irritating.”