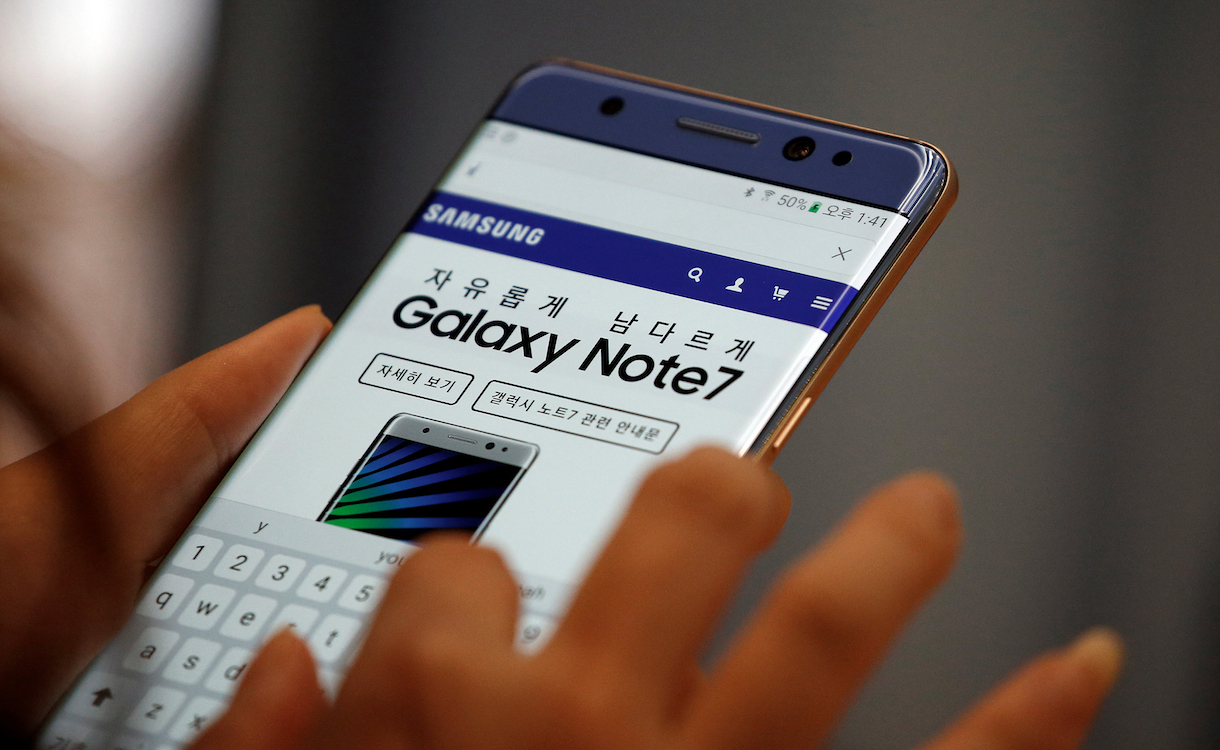 Samsung faced the latest twist in their Galaxy Note 7 saga this week as they confirmed they were stopping production of the device and predicted a $3.1 billion loss in revenue. U.K. Prime Minister Theresa May banned the Apple Watch from official meetings following U.S. hacking leaks and Pinterest announced they have passed 150 million monthly active users.

Top line: “The drastic move is highly unusual in the technology industry, where companies tend to keep trying to improve a product rather than pull it altogether. And it caps a nearly two-month fall for Samsung, which has taken a beating from investors, safety regulators and consumers over its trustworthiness.”

Top line: “Samsung released an estimate saying the it expects a “mid-3 trillion won” impact in operating profit for the fourth quarter of 2016 and the first quarter of 2017.”

Top line: “The government is worried that the Apple Watch’s microphone could be used to listen in on high-level policy discussions, especially by Russian spies.”

Top line: “For some, 150 million MAU may not seem like a lot, especially when compared to Facebook and Twitter. But Silbermann views it differently: ‘Pinterest is more of a personal tool, not a social one. People don’t really come here to see what their friends are doing…Instead, they come to Pinterest to find ideas to try, figure out which ones they love, and learn a little bit about themselves in the process.’”

Top line: “Google, YouTube’s parent company, says FameBit will remain a standalone company “for now,” and that it won’t require YouTube uploaders to use FameBit if they want to work with advertisers within their videos.”

Top line: “Last Sunday, the site’s owner Hiroyuki Nishimura broke the news to his congregation in a post that it can’t afford all the infrastructure, network and server expenses needed to keep it running. Whether or not they take action, 4chan as we know it may be done.”

Top line: “Tesla will unveil something on Monday October 17, according CEO and founder Elon Musk. It’ll be a new product, he said in a Tweet on Sunday, which will be “unexpected by most,” and which will be separate from a Tesla/SolarCity product unveiling on the 28th.”

8. Facebook opens up Workplace in bid to replace work emails—BBC

Top line: “The app looks similar to Facebook, with features such as live video streaming and messaging, but is kept completely separate from users’ personal profiles. It is designed to replace other business tools such as email.”

Top line: “The company, founded by multi billionaire Jeff Bezos in 1994, is said to be preparing to build a chain of convenience stores as well as drive-through locations where customers can pick up groceries ordered online that day as they commute home.”

Top line: “The fine centers around a practice known as ‘negative option billing.’ When signing up for a new cable subscription, for example, a new customer might get three months of premium channels — like HBO or Showtime. If the customer forgets to cancel within the period, they’re on the hook for the amount of each channel, even if it wasn’t properly communicated that the channels were included in the first place.”

~JessE is reading The Art & Hobby of Collecting